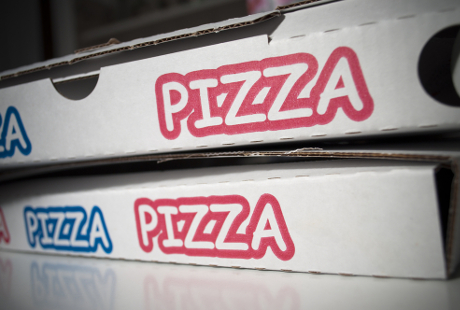 JustEat.com is a website that allows customers to order take away meals over the Internet. It launched in Denmark in 2000, but moved to the UK – its largest market – in 2006.

Today, the company leads the online takeaway market, having acquired three of its competitors over the years. It employs almost 1,000 people and processes 100,000 orders every day.

As every CIO knows, heavy acquisition and rapid growth are a recipe for tangled-up IT.

“When I came on board three years ago I had to deal with a poorly implemented systems which had a lot of issues,” explains Martin Russell, Just Eat’s head of IT services.

“I knew I’d have a big headache having to constantly micromanage and grow the internal system as it expanded.”

In particular, the company’s email infrastructure was not up to scratch. “Email database systems were growing out of control and we were experiencing system errors every day,” Russell explains.

“I made the decision that this needed investment and began to look at alternatives.”

Just Eat had a mix of Microsoft’s hosted and on-premise desktop apps. Russell knew he wanted to move to the cloud but at the time, deploying Microsoft’s Business Productivity Online Suite (BPOS) – the precursor to Office 365 – would have required an operating system upgrade.

“We were not at a stage at that time to go through a Windows refresh,” he explains. That, and the simplicity of pricing, drove Russell to choose Google Apps instead.

In February 2012, the company began gradually migrating users onto Google’s platform. This was as much a matter of winning the “hearts and minds” of users as it was a technical migration, Russell says.

Users were therefore not blocked from using the Microsoft tools. “We allow them to use the tool that’s best for them,” Russell explains. “But we work with them to explore what they’re currently doing and how it maps onto the new tools.”

Just Eat and deployment partner Apps Care identified 100 employees in the business who were already familiar with Google’s products. They were nominated as “Google Guides” to help colleagues get used to the new systems.

Email was Just Eat’s burning platform, so that was the first application to be rolled out. Since then, the company has introduced more and more of the Google Apps suite.

And it even uses a private instance of Google+, the social networking platform, for internal collaboration. “It’s a great social element to the business and an alternative to huge, group emails,” Russell says.

Google Apps is not without it drawbacks, however. In particular, Russell says that Google Docs – the equivalent of Microsoft Excel – cannot handle as much data as the finance and legal department need it to.

Still, as well boosting collaboration and productivity, Google Apps has also given Russell far greater visibility into IT costs.

Russell believes the principle of cloud delivery could be extended to revolutionise Just Eat’s contact centre.

The company is currently trialling Google’s Chromebook and Samsung’s Chromebox – lightweight laptops that have no local operating system, and instead access cloud applications through the Chrome browser.

One day, Russell believes, Just Eat could replace the contact centre agents’ desktop PCs with a fleet of Chromeboxes or Chromebooks. Workers could pick one of these up from a dispenser at the beginning of the day, put it back when they clock off, and just throw it away if it breaks.

There are some technical challenges to overcome – the company’s VoIP system assumes the presence of a desktop OS, for example – but Russell says the concept could be transformational.

“The idea is to make each user self-sufficient,” he says.