The largest-ever takeover in the tech sector 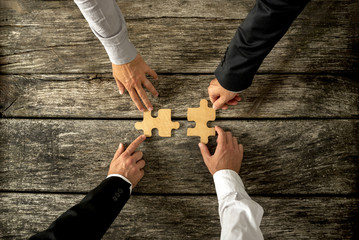 Broadcom’s bid of $103 billion for Qualcomm represents the largest attempted take-over in the technology sector to date. The bid from the computer chipmaker, which makes chips for a range of products, values the Qualcomm at $70 per share.

Qualcomm has yet to comment on this bid, which is the the latest in a wave of market consolidation surrounding the technology industry.

For example, Broadcom is currently waiting for regulatory approval to buy Brocade, and Qualcomm itself is in discussions to buy NXP Semiconductors. However, Broadcom has said that its bid stands regardless of whether this deals goes through.

At the same, Qualcomm is engaged in a legal battle with Apple over royalty payments.

Should this deal go through it would create the world’s third largest chipmaker, and would increase the pressure on chip market leaders Intel and Samsung.

Hock Tan, president and chief executive of Broadcom, said: “This complementary transaction will position the combined company as a global communications leader with an impressive portfolio of technologies and products.”

“We would not make this offer if we were not confident that our common global customers would embrace the proposed combination.”