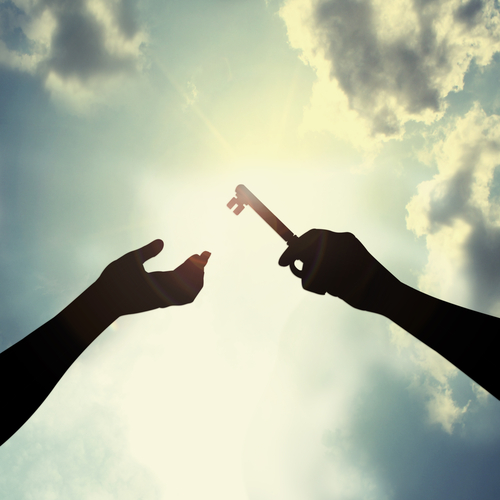 There are times when being a cloud vendor in the present day can feel a little like you’re immersed in some dystopian depiction of the near future, as imagined by a low-budget science fiction film.

Speak to many modern service providers and many could justifiably claim to find themselves wandering, nomad-like, in a desert wasteland of uncertainty, trying to rebuild some kind of order in the wake of a grand battle.

The battle in question? The end-user’s fight against the oppression and tyranny of cloud vendor lock-in, of course – the immediate aftermath of which has left many questioning the established, accepted order of doing things.

Although it might be something of an exaggeration to say that the fight against becoming locked in to a single cloud vendor has had far-reaching consequences for the future of society at large, there’s no doubt it’s a battle that the vendors have, emphatically, lost.

Years ago, things were much simpler. Cloud services were seen as the next ‘big thing’, and were approached with caution, which meant that vendors could lock end-users into long, watertight SLAs and charge them a premium for the privilege.

Vendors, naturally, built their business models around this reality, and could sleep safe in the knowledge that their customers would not be leaving them any time soon.

There’s no doubt that recent changes to the way cloud services are consumed have changed this forever. Where once, end-users would be reliant on vendors to provide cloud expertise, the rise of a proliferation of consumer-focused Software-as-a-Service (SaaS) and Platform-as-a-Service (PaaS) solutions has altered the cloud landscape significantly.

The ease of use of modern cloud solutions has negated the niche role of the cloud vendor and, as a result, today’s end-users increasingly see cloud solutions as a disposable commodity and frequently between suppliers and vendors at the drop of a hat.

What all of this means is, of course, that, with the vendor lock-in battle now lost, service providers are finding that the way their businesses are set up is fast becoming outdated.

Gone are the days when they could lock their customers into SLAs for any significant period of time with no questions asked. The upshot of this is that many vendors are being forced to completely re-evaluate their business models and look for alternatives that will allow ensure that they are not left behind in the brave new world of on-demand cloud services.

Indeed, many have found that, instead of trying to tie customers into long-term, restrictive contracts, the future of cloud computing is one that is based on a subscription model, which aims to secure recurring revenue as a direct result of building a relationship.

Where previously, many service providers will have secured a contract and not spoken to their customers again until the time came to renew, many are waking up to the fact that this is no longer an option.

It’s this increased focus on managing the customer lifecycle that will change the way vendors operate, and which will prompt them to explore new tools that can give them the edge when it comes to providing added value for customers.

In particular for the subscription and SaaS businesses, effective customer engagement requires a deep contextual understanding of the ever-changing dynamics underpinning the relationship.

Businesses need precise, accurate and timely data to provide insight on where the customer stands in the overall lifecycle for customer success to engage at the right time.

A good example of this is an increased focus on analytics tools, which can show how customers engage with services, predict customer churn and give service providers an early warning sign that their customer is dissatisfied.

On the other hand, analytics tools can also demonstrate where customers are most satisfied and can even provide them with information that can help them to up-sell to existing customers.

Perhaps the principle message that should be taken from all of this is that there’s a reason that vendors have been forced to re-evaluate the way they operate only after end-users revolted against the idea of being locked-in.

It’s no coincidence that the new world order of cloud services revolves, not around one side holding the balance of power, but in encouraging stronger, deeper relationships between organisations.

If, for service providers, there truly is life after vendor lock-in, and a way through the wasteland that has ensued, then it seems this is the best way forward!