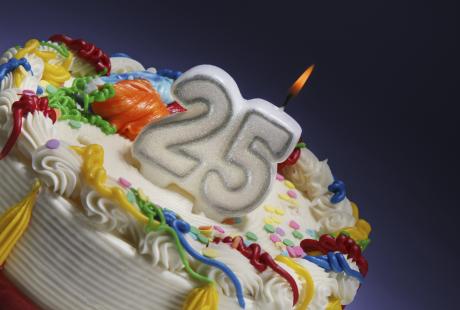 On Thursday 25th August 2016, twenty five years will have passed since Linus Torvalds announced his new “hobby”. In 1991, he envisioned a new, free and open operating system, but didn’t see it becoming big or professional.

Fast forward 25 years and the OS, named Linux by one of Linus’ colleagues, has now been ported to more hardware platforms than any other operating system.

But how, and why, did Linux transform from “just a hobby” to the fastest growing OS on a global scale?

The origin of Linux

In the 1980s and early 90s, UNIX was the operating system of choice for computer science students.

At the time, there weren’t many complaints about this. After all, it was powerful and offered functions beyond the Windows offering such as multi-tasking.

However, it wasn’t free. As a result, students were unable to use the system at home. Minix was one accessible alternative at the time, but it was small scale and primarily created to help professors teach computer science.

Minix ran on an Atari system. Yet when Intel released the 80386 processor (the minimum required to run Linux), students were able to afford home computers which could run a UNIX variant.

Linus recognised the limitations of Minix and the expense of UNIX. He decided to create his free OS so that students could work on PCs at home.

From the very beginning, there was interest around this new operating system, and while no big team or project manager existed, Linus took the clever decision to make the system freely available from the outset.

In doing so, he appealed to computer programmers around the world. Driven solely by the motivation to design a great operating system, students and enthusiasts took to the project and started to add features and remove bugs.

Very shortly, a couple of UNIX-focused magazines heard about the new OS and began to publish the first articles about Linux.

This, in turn, led to initial interest from businesses which saw great potential in an OS as powerful as UNIX but designed to be free and open.

Smart businesses made the decision to donate hardware to students in order to help with the development process.

Although organisations quickly got involved in the development of Linux, the technology itself has always come above business and politics for Linus.

Even now, he won’t accept a patch unless it meets certain technical criteria, no matter who it comes from! He is focused on a great working Linux kernel, and therefore only accepts source code which can help to ensure Linux is the best it can be.

Linux moves to the enterprise

Even from Linux’s humble beginnings, organisations hoped to basically get UNIX for free. However, Linux wasn’t robust enough yet. More work needed to take place first.

Businesses looking to expand and adjust internal systems found it difficult on Windows and UNIX systems. These systems, closed and inflexible by nature, meant an organisation would struggle when trying to answer a specific requirement.

Another issue for organisations tied into expensive UNIX and Windows systems was vendor lock-in.

The main catalyst for change arrived when Linux became available for more than just a PC, including other hardware platforms like DEC Alpha.

When this occurred, Linux became commercially viable and businesses could start to use this new technology as a realistic alternative to UNIX or Windows.

When the first big hardware vendors went “all in” to support Linux, we knew Linux had made it.

Just one good example on the hardware side is IBM’s decision to invest $1 billion in the technology.

A couple of others, when it comes to software, are Oracle’s move to port its database to Linux, and the moment SAP started to port its apps too.

The push for digital transformation

If we look beyond the technology itself, we can see wider commercial drivers for the growth of Linux.

Today, businesses and their IT infrastructures are being changed beyond recognition by the emphasis around digital transformation.

As a result, and as the quantities of data produced by businesses and consumers alike continue to increase, a growing market for mission-critical applications and data analytics is developing.

This shift means that many organisations are transferring their data to the cloud to make their IT infrastructure more efficient and reduce costs.

Linux solutions offer reliability and security for cloud migration. For this reason, many cloud providers such as AWS or Microsoft Azure use Linux solutions in their data centres.

>See also: 40 years on from the birth of Apple, how well have its security practises aged?

We will soon see Linux wherever businesses usually implement internet applications, or wherever data is stored.

There are clear benefits: the ever-growing developer community’s continued interest in Linux means that security gaps are closed quickly and upgrades are faster than those from proprietary software vendors.

Linux is now the OS of choice for the enterprise.

However, most individuals also interact with Linux on a daily basis at a consumer level – although often they don’t even realise it.

Do you use an Android mobile phone? If so, you’re using Linux on a daily basis. Android runs on the Linux kernel and is maintained by Google. A wide variety of other smart devices running on Android also use Linux today.

Do you drive a BMW? This is yet another example of Linux reaching consumers on a daily basis, with features from navigation to the in-car entertainment system running on the Linux OS.

In fact, Linux can be found across all aspects of our day-to-day use of technology.

In 2016, Linus continues to lead his famous brainchild but now he is assisted by an army of supporters as the Linux journey continues. Maintainers handle each subsystem and deal with a huge amount of code.

Every single patch has to be neatly written and clean. If it does not adhere to these criteria, Linus and his maintainers won’t accept the contribution.

This approach – and the purity of system it drives – is arguably the biggest asset of Linux.

From a source code point of view, the “open” and “free” standards and key principles were the original values which appealed to many developers back in the 90s. Today, they offer protection for companies’ and users’ investment in Linux – and will continue to do so.

For Linux, the unceasing flow of integration, enhancement and worldwide collaboration has not only delivered a successful 25 years of excellence – it ensures the operating system will continue to be successful for many years to come. So here’s to Linux – happy 25th anniversary!

Sourced by Ralf Flaxa, president of engineering at SUSE