Lloyds Bank’s £1.75BN bet on the future of banking 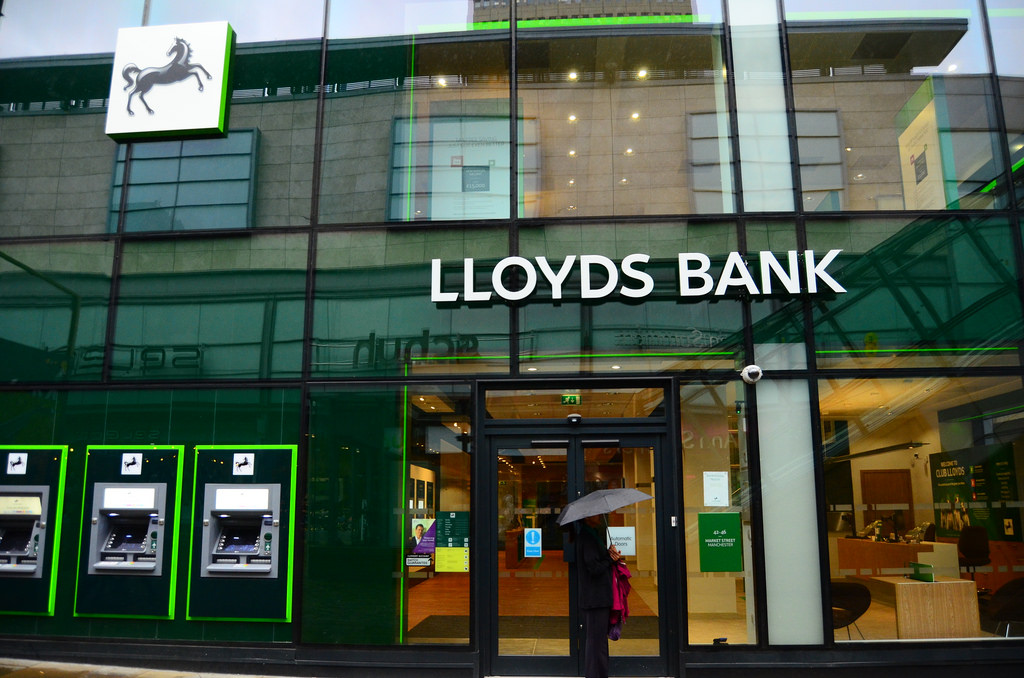 It’s never been easier to start an innovative business, which is great unless you happen to be one of the incumbent institutions disrupted from such innovation.

Few industries have been impacted by technology disruption as much as the banking sector. For the banks that have long dominated the high street, transforming to serve the radically changing habits of today’s consumers is a great challenge.

Lloyds Banking Group, a 250-year-old veteran of the banking scene, is building its business and strategy with digital firmly at its core. But rather than offering itself to consumers as a ‘digital bank’, Lloyds wants to integrate digital into everything it does across all of the markets and channels it operates in.

The bank has 12 million online customers, and 8 million of those use mobile banking, so providing products and services that are designed to meet the ever-changing needs of consumers is a major focus.

To help achieve that, Lloyds has recruited more than 21,000 ‘digital champions’ to help communities across the country get more from being online.

>See also: How do banks morph to become digital through and through?

More significantly, recognising the importance of digital in enticing the next generation of consumers saw Lloyds commit to investing £1 billion in digital capability between 2015 and 2017, building on the £750 million it had already invested in the three years prior to that.

‘The £1 billion investment will be split across a number of priorities and will result in better experiences for our customers, smarter ways of working internally, and efficiency,’ says Claire Calmejane, head of digital centre of excellence and innovation labs at Lloyds Banking Group.

Lloyds also has a dedicated in-house innovation team implementing a strategy that aims to make real strides forward in testing new ideas and concepts, and constantly looks at what the future of banking innovation is going to hold.

The team, named the LBG Innovation Labs, works in partnership with business divisions across the group to identify fintech partners and experiment at pace
with customers to enable a better customer experience.

Calmejane has built the labs from scratch over the past two years to a team of 40 and manages a budget of around £5 million. There are three core components of the Labs.

Firstly, Calmejane represents Lloyds in the fintech community, speaking at events and participating in industry working groups to help the bank collaborate effectively in this space.

Secondly, the labs have a dedicated team focusing on driving a culture of innovation across the group. This team acts as the internal change agent for Lloyds, banging the drum for innovation in the bank and running events such as weekly TED talks and quarterly hackathons.

Finally, and perhaps most significantly, an internal accelerator allows any director at Lloyds to test and learn at pace with customers in a safe environment. This part of the labs was formed to deliver new projects and at low risk and cost.

Over the last two years, Calmejane’s team has delivered around 50 experiments, many of which have been scaled and launched to 11 million customers, and a number of others have been picked up by the global media.

‘We have a track record of products accelerated to production through this process, including video-conferencing and screen sharing for private banking advisers, secured online car financing, animated video terms and conditions, and electronic online identity verification,’ says Calmejane.

‘The team has delivered projects bringing banking closer to our day-to-day digital life, such as self-identification for account opening and instant video collaboration with customers.’

While the labs are Lloyds Banking Group’s corporate accelerator, a digital centre of excellence, which Calmejane also leads, acts as the company’s people innovation team. The centre has launched the UK’s first digital banking graduate scheme and a group-wide digital academy to upskill all Lloyds employees.

The digital academy provides 75,000 people across the group with the skills to react quickly in an industry that is increasingly fast paced. The graduate training scheme, meanwhile, received over 1,200 applications in its first year.

Today, the digital centre of excellence is exploring new ways to bring digital talent and knowledge sharing into Lloyds Banking Group through an ecosystem that utilises partnerships with start-ups, tech businesses and universities.

A key pillar in driving more innovation at Lloyds is increasing diversity across the group. In 2011, the company set a goal to have 25% female board representation and to build its female talent pipeline. It achieved the board goal within six months and has since made a commitment to have 40% female representation at senior manager and above roles by 2020.

>See also: Women in IT Awards

According to Calmejane, robust diversity and inclusion measures have been built into the bank’s recruitment and talent and development processes to ensure that it is able to deliver against these goals.

‘We are supporting our colleagues to work in a more agile way and driving increased diversity across the group,’ says Calmejane. ‘Being able to attract and build a workforce of diverse individuals is essential to driving innovation at Lloyds Banking Group. Diversity of thought, experience and ideas are required to test-drive what future customer and market trends might look like.

‘The centre of excellence is accelerating the bank’s digital journey by building digital capability and ways of working that are fit for the bank of the future, and making the group the best place to work in digital banking in the UK.’