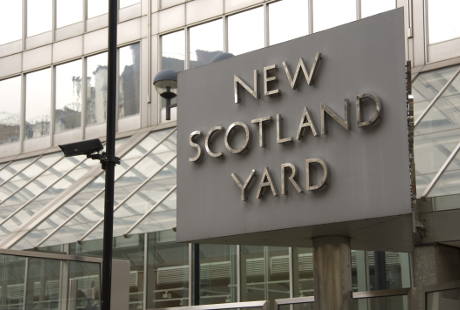 The Metropolitan Police is spending £250 million a year maintaining a mish mash of out of date, ineffective and over-priced IT systems, according to a damning report published by the London Assembly today.

The report reveals that the capital's police force has accumulated 750 separate IT systems over the last 40 years. One system is based on a 1970s baggage handling application.

The force's poorly integrated legacy infrastructure leads to inefficienct policing, the report say. In some cases, officers have to input data 10 or 12 separate times to work on a particular case.

“The Met spends a lot of money on ICT, but most of it goes on maintaining old systems, rather than investing in new technology,” the report says. “Consequently, police officers lack the technology to do their jobs as productively and effectively as they could.

"Crime is higher as a result.”

The Assembly says that the Met has not had a coherent ICT strategy for years and that senior leadership has been lacking. That is a damning indictment of Ailsa Beaton OBE, who stepped down as CIO of the Met in December last year after 12 years in the post.

The report also criticised the force's IT sourcing strategy. Its main IT supplier is Capgemini, with whom it signed a seven year deal back in 2005 which has since been extended until 2015.

"The Met needs to review its contractual arrangements for ICT," the Assembly's report says. "In the past, the Met, like other police forces, locked itself into long-term contracts with single suppliers, in the hope of achieving economies of scale. These contracts have not always delivered value for money.

"The pace of technological change means that police forces should be drawing up short-term contracts in order to benefit from cheaper solutions that emerge from the marketplace," the report says.

"A representative of the industry told us: ‘if you do not refresh your technology programmes, certainly on a two or three year basis, you are actually wasting money’."

The force has not done enough to bring in new technologies such as mobile policing, social media and predictive crime mapping that enables police to deploy officers to areas where data has shown crime is most likely to occur, the Assembly argued.

Indeed, criminals often have better technology than police officers, who are forced to use their own smartphones to do their jobs.

“Every other person has a smartphone in their pocket and yet the Met are only just starting to look at rolling out similar tools," the Assembly said. "They should also be working on predictive crime mapping, like that used in Los Angeles, to get officers in the right place at the right time to deter criminals and reassure the public."

“At the end of the day, this kind of investment costs money and with plans to cut overall spending by 20% over the next three years, the Mayor’s Office for Policing and Crime (MOPAC) urgently needs to determine what resources will be available to the Met to improve its technology.

"The force simply cannot afford to get this wrong again.”