Behind the scenes of Making Tax Digital –– and the next chapter 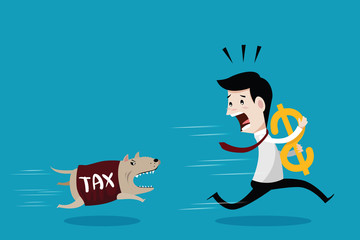 Despite the initial deadline for the Making Tax Digital (MTD) mandate going into effect on 1 April, there remains much to be done to ensure that businesses are compliant or will be by April 2020 if they are to avoid penalties. Having been first announced back in 2017, the ceaseless ambiguity of Brexit has derailed neither the MTD scheme nor the conversation surrounding it — but there’s still much more work to be done.

In short, Making Tax Digital seeks to optimise the previously manual VAT return process for companies VAT-registered in the United Kingdom. Firms are required to submit returns and manage their finances with government-approved software, with all relevant data transferred through an API into an HMRC portal, where it will be stored securely.

Specifically, VAT-registered businesses with an annual turnover of more than £85,000 are affected by the 1 April deadline — but, in fact, that initial deadline is by no means the one singular doomsday for MTD. Instead, it’s an ongoing process for the greater good. Additional checkpoints, such as the October deadline for ‘complex and specialist’ companies, echo the notion that this first iteration of MTD is more of a stepping stone than a final destination. 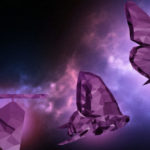 Kicking off Information Age’s Digital Transformation month, we look at everything you need to know about what is digital transformation in business; the challenges, the technologies and above all, how to succeed. Read here

Initially, MTD received a decidedly mixed reaction, which hasn’t abated as the mandate has come into effect. For some, it seems an expensive hindrance. Especially within the SME community, certain organisations have lamented that the system alters a way of working which had not appeared to be problematic. Others have talked about the burdensome expense of new software.

However, when examining the truth behind MTD, it’s clear there needs to be a reframing of the topic and how the initiative is viewed by those signing up to it. Crucially, MTD is by no means just the digitising of tax returns alone; instead, MTD looks set to be the foundation for an upheaval in UK taxation and all the future-proofing innovation that entails.

When looking at what other countries — both in Europe and further afield — have done regarding their VAT and tax schemes, it’s clear that MTD is not bringing anything ground-breaking to the table.

VAT reclamation is a prime example. Back in 2003, a more proactive and digitised reclamation was pioneered by Latin American (LATAM) countries with an aim to close the VAT gaps that they were suffering from. Countries such as Brazil established mandatory electronic invoicing and real-time reporting, whereby invoices had to be uploaded to a government platform and approved.

Today, the likes of Russia, Greece, France and many tax authorities all over the world are continuing to innovate in stages. What unites all these countries? A software-based VAT structure. MTD should be viewed in this light in the UK — the foundation from which these further innovations can be built. 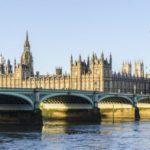 Over half of Government Departments are not future-proofing their digital transformation projects, according to research from Zaizi. Read here

Firstly, MTD brings several new fundamental advantages to taxation. Accuracy is improved by replacing manual processes with software, reducing the chance of data going missing. HMRC will be able to spot any discrepancies far quicker than before. Moreover, MTD facilitates visibility into the state of tax throughout the year. This means that businesses can see their tax status and, in turn, make much more informed decisions concerning their growth, thanks to those accelerated business processes.

By viewing Making Tax Digital as one step on a journey towards a better way of engaging with HMRC, businesses can ensure that they can be analysed at any time for tax status, equipping finance teams with more intelligence in the process — and knowledge is power. While it’s understandable that certain organisations, especially smaller businesses, might feel overwhelmed by this change, those who take the time to pick the right software for the job and engage with expert providers to help them complete the MTD transition will maximise benefits for the future.

Still, let’s not forget that this journey is no longer voluntary: MTD has begun, and HMRC harbours further plans to redefine the way companies submit their tax returns, likely to innovate in ways comparable to the LATAM countries mentioned above, based on the foundations of MTD. Now, it’s a choice between stumbling on reluctantly yet inevitably, or striking out with a more proactive approach.

In terms of next steps, should the topic of MTD arise in a meeting or as part of planning, rather than worrying about how to comply, finance leaders would do well to ask themselves: ‘What can MTD do for me?’

Casting an eye at how tax authorities are operating in nations across the globe, it’s clear that MTD is just the first chapter of the story.