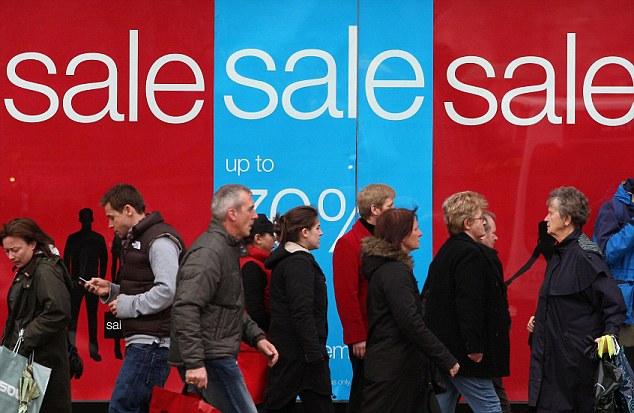 Many companies put themselves at risk of losing hundreds of thousands of pounds a year by failing to ensure their IT systems are ready for the busy Christmas period.

This is according to IT hardware retailer King of Servers and server hosting company Sonassi, which say they witnessed a significant lack of preparation among firms – particularly ecommerce companies – in 2013.

Figures from IMRG Capgemini e-Retail Sales Index have shown that online retail sales in November were worth a combined £10.1 billion – a 30% increase from October and the highest ever monthly spend.

However, this figure does not take into account the first two weeks of December, during which companies in many industries can also see a massive increase in traffic and revenue.

With online shopping now more popular than ever, it is absolutely essential that ecommerce firms make sure – in plenty of time – their websites can handle this increase in demand. But in many cases, this is not what King of Servers and Sonassi saw in 2013.

Instead, they noticed companies enter this peak period, panic, and be forced change hosting provider or wait on new stock for essential IT equipment. In most cases this can lead to downtime, which can cost firms a lot of money.

In one example provided by Sonassi, a company that typically makes 80% of its revenue in the first two weeks of December moved their hosting to Sonassi after their website crumbled under the increased pressure.

The firm received around 100,000 visits a day in December the year before, and expected this to rise to around 120,000 visitors per day. However, a number of competitors went out of business in the meantime, which meant trends had shifted and more and more traffic was starting to come its way. In the end, it saw closer to 300,000 visits per day and the website could not handle it.

When the company moved to Sonassi, it meant the website had to be offline – at such an important and profitable time – for six hours while the new IT hardware was deployed. This meant it nearly lost a full trading day, and with it around 5% of its annual revenue.

The immediate loss of revenue is not the only thing companies should be worried about; if a consumer is unsure of a business's ability to deliver the experience they expect, they will not be returning to the business any time soon. This could have a significant effect on a company's bottom line for months or even years.

Benjamin Lessani, director at Sonassi, said: "In December everyone panics. Suddenly all the flaws that exist in websites and stores are amplified and as soon as traffic picks up they suddenly realise that things don't work as they should. But by that point it's often too late.

"It's really important that companies don't underestimate the importance of investing in their IT systems and hosting – the amount it costs is very insignificant compared to the potential cost of something going wrong."

Albie Attias, Ecommerce Director at King of Servers, added: "This is a particular problem for ecommerce businesses because of how much it could ultimately cost them, but every firm needs to make sure they're suitably prepared for their busiest times of year.

"IT is a critical part of every company, from sales and accounting to fulfilment and customer service. Make sure the equipment you use is going to be fit for purpose during these busy periods, and you have a strategy in place to scale up in enough time if you need to take on extra staff or resources. Otherwise you are at risk of losing customers forever – regardless of the industry you are in."