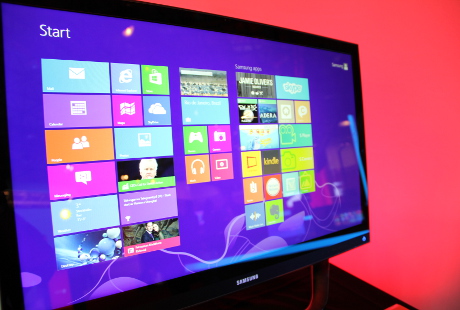 Microsoft is planning to cut the cost of its Windows RT software for smaller tablets, in a renewed effort to get manufacturers to adopt the operating system, according to a report by Bloomberg.

According to analyst firm IDC, Windows RT accounted for just 0.4% of the tablet market in the most recent financial quarter, shipping 200,000 units compared to 1.6 million units of tablets running the full, Intel-based Windows 8.

Earlier this month, IDC analyst Ryan Reith commented on rumours that manufacturers are planning to bring smaller Windows tablets to market. "The notion that this will be the saving grace [for Windows RT] is flawed. Clearly the market is moving toward smart 7-8 inch devices, but Microsoft’s larger challenges centre around consumer messaging and lower cost competition.”

Last year, Hewlett-Packard scrapped its plans for a Qualcomm-powered tablet running Windows RT with Toshiba echoing the move later in the year.

HTC has reportedly scrapped its 12-inch tablet running the system over a lack of confidence in market demand, while Acer, one of Microsoft’s biggest PC partners, told The Wall Street Journal on Thursday it has no plans to make a device running Windows RT.

Today at the Computex conference in Taiwan, Acer announced the Iconia W3 ­– an 8-inch Windows tablet that launches commercially for only  €379 later this month but the device will be running Windows 8.

Meanwhile, new powerful energy efficient Atom architecture from Intel has appeared today in tablets from Asus and Samsung, as Intel pushes to overtake ARM in the mobile market.

Since the talks are confidential it is not known by how much Microsoft are planning cut the price of smaller tablets running Windows RT, but there are no plans to lower its original price of $499 for its 10.6-inch Windows RT Surface tablet.