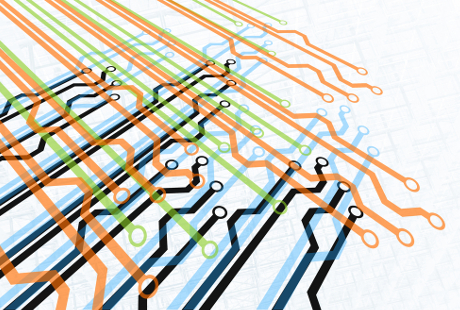 IBM retained its position as the market share leader, Gartner found, with 32% of the market. The company made $6.2 billion of AIM revenue during the year, up 12.4% from 2010.

Oracle and Software AG saw their market shares drop, but only by a few tenths of a percent in each case. Both companies reported single-digit growth in the AIM segment, with Oracle – number two by market share – bringing in $3.3 billion of AIM revenue and Software AG $646 million.

How to migrate applications to the cloud

"Although the transition from on-premises to cloud computing will take an extended period of time, the demand for hybrid use of platform technologies is present now, and is projected to grow rapidly during the next two to four years," he added.

Asheesh Raina, who also worked on the report, said that weakness in the global economy had not prevented organisations from investing in AIM. "On the contrary, the need for cost containment and increased efficiency are pushing organisations to adopt solutions that can solve specific business problems," said Raina.

One company that has failed to capitalise on the strenght of this market is Progress Software. The company, which sells a range of AIM products including service-oriented architecture (SOA) infrastructure and complex-event processing systems, grew by just 1% in the full 2011 financial year.

In January, private equity firm Starboard Value, which owns a 5.1% stake in the company, wrote an open letter of no confidence [.pdf] in Progress Software’s board of directors, suggesting that it be broken up into its constituent parts.

"We believe the company is deeply undervalued," the firm said in its letter. "In our view this is due, in part, to the company’s conglomerate structure consisting of a highly profitable mature business along with a money-losing growth business with little to no overlap.

Last week, the company took Starboard’s advice and announced that it will divest ‘non-core’ products, including its Sonic enterprise service bus, its Actional transaction processing platform and its Savvion business process management suite. "Each of these product lines are strong and viable, however, they no longer fit into the company’s core portfolio," it said.

Inside one company’s cloud-based reinvention

The company’s share price rose on the announcement, but users of the divested products may not be so pleased. "The thousands of customers using Savvion BPM, Sonic ESB, and the other products Progress is divesting now must hope and pray the products they depend on find stable homes," wrote Forrester Research analyst John Rhymer following the news. "Most of these products were commercial successes in their day. Now each is a risky bet, despite its maturity and technical strengths."