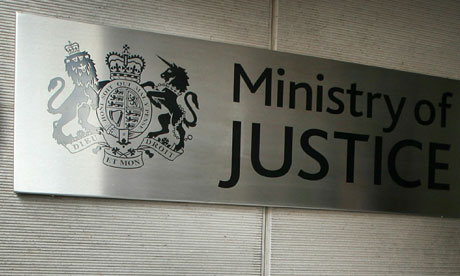 The Ministry of Justice (MoJ) today launched a major new open-policy forum and consultation that seeks to crowdsource ideas and feedback on the future of out-of-court disposals. The project is one of the largest consultations of its type launched by a UK central government department.

Powered by Wazoku’s Idea Spotlight for government software-as-a-service (SaaS), the MoJ will simultaneously offer a consultation where members of the public can submit their ideas and an open-policy forum where policy makers can discuss certain themes from the consultation.

A Ministry of Justice spokesperson said: “We want to be as open and inclusive as possible when it comes to helping steer the future direction of out-of-court disposals, and this consultation will be strengthened immeasurably by the direct experience, input and views of the public.”

Out-of-court disposals allow the police to deal quickly and proportionately with low-level, often first-time, offenders which do not merit prosecution at court, allowing the police to spend more time on frontline duties and tackling more serious crime.

Idea Spotlight for Government allows central or local government departments to create internal or external communities for ideas, innovation, feedback and insight. The MoJ wants members of the public to share their ideas, experiences and opinions about the key issues around out-of-court disposals. There will also be a bespoke community for policy makers, including the police, CPS and MoJ staff. This will be used to discuss policy ideas in more detail and work together in a secure and private area.

“Open policy is such a progressive approach to government and should be a part of the way consultations are run in the future, providing the accountability and transparency that traditional approaches lacked,” said Simon Hill, MD at Wazoku. “Government departments want to be more inclusive and open when it comes to policy, and Idea Spotlight for Government allows the MoJ to do this, capturing ideas around the future of out-of-court disposals and helping develop policy around this key justice issue.”

Wazoku was the first idea management firm to be accepted on the government’s G-Cloud Framework earlier this year, and remains the only one currently. Idea Spotlight for Government is used by both the Department for Education (DfE) and Metropolitan Police Service (MPS) in consultations to crowdsource ideas from the public to help shape future policy policy development.