Mobile apps: A matter of life and death? 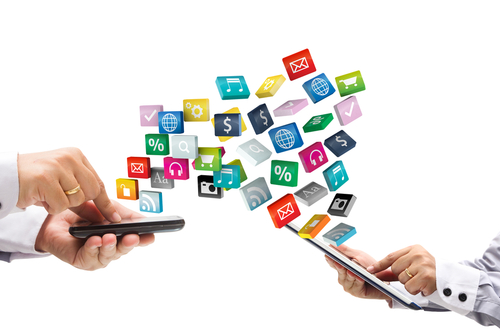 In the early days of the Internet, anyone who claimed that the web was a matter of life-or-death would have been rather far-fetched.

Today, however, the web provides access to emergency services, medical advice, navigational aids and any number of other tools that can save people who, in the pre-Internet era, may not have survived.

Most people don’t yet feel the same way about mobile apps. These are still seen by many as either for entertainment – such as gaming and video apps – or, increasingly, as tools for business.

However, it won’t be long before they are seen as ‘life-saving’. We do, after all, already trust our apps with our money.

While security concerns held back the adoption of online banking, people have been much quicker to adopt mobile banking.

A recent report by the British Bankers’ Association (BBA) shows that customers now make 5.7 million transactions a day using mobile devices, while the amount of transactions has doubled over the past year. That’s a huge vote of confidence for the security and ease of mobile.

Yet we’re not quite at the ‘life-saving’ stage of trust, and this has implications for apps that are used for mission-critical business applications, or those that provide access to essential services such as local government, tax and welfare.

Currently, apps are perceived as being too prone to faults and poor performance for people to trust them with life-and-death situations.

AppDynamics conducted research this summer that found a large majority (around 85%) have deleted or uninstalled at least one mobile app because of performance problems. Of course, there are good and bad apps, but these findings show that there is hardly universal trust in the general reliability of apps.

This has implications for all types of organisations – not just those that save lives, but also for essential day-to-day business tools, or for accessing essential services such as local government, tax and welfare.

Organisations will only be able to deliver important app-based services if they can guarantee that they will be as reliable and perform as well as we’ve come to expect from those delivered through browsers and fixed-line Internet.

It’s time, then, for apps to grow up. If businesses are to change people’s perception about app availability and performance, they need the ability to point to examples of organisations using apps for highly important work; where reliability is paramount. Again, the world of finance provides a great example of this.

The rise of banking apps shows that people increasingly trust the security of mobile apps. When it comes to performance and reliability, there is no better example than organisations that use apps for trading, investment and financial information.

In the frantic, febrile world of finance, where delays of seconds can see millions wiped off the value of a transaction, speed and uptime are absolutely critical.

Few industries – if any – spend more money on their IT infrastructure than the financial services sector, so when an organisation adopts mobile apps as a central part of its strategy, it represents a powerful endorsement of app reliability.

One such example is Interactive Investor, which is one of the UK’s top investment and trading websites.

Given that time-poor investors often prefer to access financial services and information digitally and from their mobile device, it made sense for Interactive Investor to provide a dedicated app.

The company required a robust APM solution with rich analytics capabilities that would allow it to scale quickly and perfect the user experience, while providing end-to-end service and system levels monitoring.

It was crucial, however, that the company could ensure the highest possible levels of performance and uptime. If a personal banking app goes down, it’s certainly irritating; in fact, AppDynamics’ research found that a third of users would change banks if their mobile banking app were not up to scratch. Yet a poorly performing retail banking app probably won’t lose its users’ money.

With trading and investment, however, any failure is intolerable; Interactive Investor is therefore staking their entire business on its app performance.

This may not be in the realms of life and death, but it’s not too far from it. After all, we’re talking about the life of a business, the livelihood of its employees and the finances of its customers.

If more companies can demonstrate that mobile apps can be trusted to perform as well as any other online service, then apps can truly be said to have grown up.

Of course, app success is not a matter of blind faith. Organisations need to understand that a business strategy that relies on high-performance apps requires complex IT systems to work seamlessly.

Furthermore, they must have the ability to monitor application performance in tremendous detail and in real-time, thus ensuring that any potential problems are identified and fixed long before they affect users’ experience.

This ‘application intelligence’ should be able to identify availability and performance problems, pinpoint which users, devices or locations have been affected, and highlight the root cause of errors – right down to the code level.

Application performance management (APM) is a fundamental prerequisite for any organisation that plans to rely on apps. It is not in itself a panacea, however.

There is little point in investing in monitoring and performance tools if the underlying infrastructure on which an app depends is not sufficiently robust and reliable.

Rather, APM should be considered part of an all-encompassing application delivery strategy; this might involve root-and-branch reform of underlying IT systems and business processes.

The reason why such drastic reform might be necessary is because apps are not merely an additional way of delivering a service; they often represent a revolution in an organisation’s business model.

Naturally, the investment that an organisation needs to make depends entirely on the results it wants to achieve, and the extent towards which they will base their business on app-delivered services.

What should be clear, however, is that the most important services can be delivered reliably through apps – even those that really are a matter of life and death.