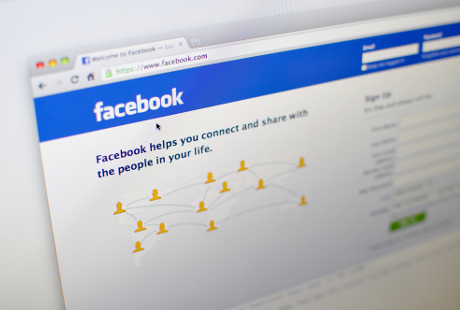 Mobile accounted for 100% of Facebook's year-on-year growth in advertising revenue during the first three months of this year, the company revealed yesterday.

Mobile advertising accounted for 30% ($375 million) of ad sales, compared to 0% in the year-ago quarter.

He added, however, this is in part due to the way in which Facebook records ad revenue.

"Most of our advertising clients do not specify that their Facebook ads be shown on desktop only or on mobile only, or rather they put their ads into our system and allow us to show the ads on whatever device where the ads will perform best," Ebersman said.

"Because of this, the flat desktop revenue does not reflect a particular trend relative to desktop demand so much as it reflects the fact that more of our valuable ad inventory is being shown on mobile because that’s where people are spending increasing amounts of time and because the mobile ads perform well."

Facebook's net income for the quarter was $219 million, up 7% year-on-year. The company said the number of users who are active every month grew 26% year-on-year to 1.1 billion, while Instagram – the photo sharing app it acquired last year – reached 100 million active monthly users.

Chief operating officer Sheryl Sandberg took the opportunity to explain some of the ways in which Facebook is trying to make advertising more effective for its advertisers. "One of the challenges we face is helping marketers understand the value of our ads," Sandberg said on the earnings call.

So far, marketing analytics has focused primarily on tracking clicks, and trying to predict which patterns predict a sale. "For the past decade, digital marketers have primarily measured success by focusing only on clicks," Sanberg said.

"But this over simplifies how people make purchase decisions, both offline and online because it ignores everything people do and see before they do that last press. Smart marketers are looking for a better way to value all of the impressions that they buy and engage thus leading up to purchase."

She said that Facebook's partnership with a company called DataLogix, which links mobile and online click tracking with offline marketing data, and its recent acquisition of advertising platform Atlas from Microsoft, will "help us demonstrate even more clearly the connection between ad impressions and purchases".