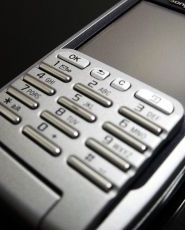 Overall sales of mobile phones totalled 1.8 billion in 2012, down 2% compared to 2011, the first decline since in three years.

In the fourth quarter of 2012, global mobile phone sales totalled 472 million. This was a 1% decline from the same period of 2011.

During the quarter, smartphone sales grew 38% to 208 million. But this was not enough to compensate for a 19% decline in featurephone sales, down to 264 million. Gartner said it expects sales of feature phones to continue falling in 2013.

Google's Android extended its share of the smartphone operating system market by over 50% to 69%, compared to Apple's 22% share.

In the overall mobile phone market, Nokia's share dropped to 18% during the quarter – its lowest ever ebb, Gartner said.

Gartner predicts sales of worldwide smartphones to be close to 1 billion in 2013, with overall mobile phone sales estimated to reach 1.9 billion units.

"2013 will be the year of the rise of the third ecosystem as the battle between the new BlackBerry10 and Widows Phone intensifies,” said Gupta. “As carriers and vendors feel the pressure of the strong Android’s growth, alternative operating systems such as Tizen, Firefox, Ubuntu and Jolla will try and carve out an opportunity by positioning themselves as profitable alternatives.”