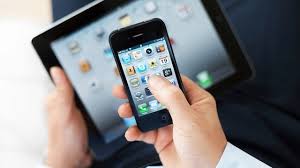 Over half of UK organisations do not have networks that either permit or support bring-your-own-device (BYOD).

The finding was revealed in a new report that surveyed 250 IT managers across the UK to examine their attitudes and priorities around the networks that underpin their companies.

Only a third (36%) of respondents said they have enough bandwidth to cover current and future needs, and 53% revealed their networks are not BYOD-ready.

Over half of IT managers (52%) indicated their data centres are as resilient as they should be, with 70% saying they have the tools to view real-time network statistics and use them often.

Furthermore, 64% said they could easily make changes to their network where needed, and 77% were confident they have the right firewalls in place to prevent threats from the public internet.

However, several survey participants said they still needed to build up capabilities for their organisations to fully exploit the potential of trends such as mobility and BYOD.

Almost two-thirds (64%) said they have some form of business disruption or compromise due to bandwidth restrictions, and 34% were not confident their current network is suitable for their voice traffic needs.

Most (72%) had received complaints about poor application performance or VoIP quality, and 31% said they do not feel device security is where it should be on their network.

“It’s clear that British IT managers appreciate the importance of connectivity and are equipping their organisations to reflect this need,” said Charles Bligh, managing director at TalkTalk Business.

“However, the on-going increase in bandwidth-hungry technologies, devices and content means that network managers have to be thinking as much about future needs as well as current ones.”