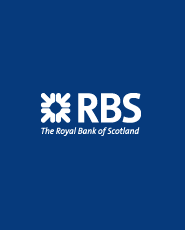 A committee of MPs has praised RBS CEO Stephen Hester for his "swift action" on the IT failure that left thousands of customers without access to banking services in June.

"Mr Hester took swift action to remedy the failure; he also took full responsibility on behalf of RBS," wrote Andrew Tyrie, chairman of the Treasury Select Committee today. "He did the right thing".

Tryrie made the comments as the Committee published letters written by Hester and Lord Turner, chairman of the Financial Services Authority, in response to its investigation.

One of Hester's letters revealed that as of 6 July 2012 – two weeks after the incident began – it had received 21,000 complaints about the incident, and that it had resolved over 90% of them.

He revealed that the bank was working with credit reference agencies and the Information Commissioner's Office to resolve any impact late payments might have had on individual's credit ratings.

"We will proactively fund (i) fees / charges incurred due to systems outage, including any interest on those charges and debtor interest, and (ii) and loss of credit interest due to delayed credits," he revealed.

Last month, RBS revealed that the incident has cost it £125 million so far, mostly through compensation for customers, and may cost more in future.

In a note to customers today, RBS division Ulster Bank said that as well as refunding any charges incurred in error, it will reimburse personal and small business customers up to 120 for "reasonable out of pocket expense".

As a result of the incident, Hester will not receive his bonus this year.