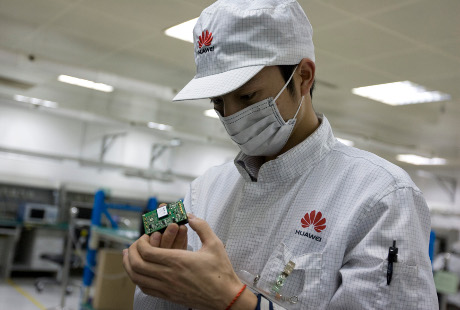 A committee of MPs has raised concerns about Huawei's cyber security audit unit, nicknamed "the Cell".

The Cell is the Chinese network equipment manufacturers cyber security evaluation centre, based in Banbury. Its purpose is to provide "transparent" testing facilities for Huawei's own equipment, to allow government and commercial client to assess the products before they buy.

When it was opened in 2010, the Cell's managing director John Frieslaar said it demonstrates Huawei's "commitment to building mutual trust in the area of cyber security and to continuously delivering high-quality and reliable communications networks to our customers in the UK".

However, in a report on how Huawei came to be approved as a supplier to BT's 21st Century Network infrastructure project, the Intelligence and Security Committee (ISC) has questioned the Cell's independence.

The Cell is staffed entirely by Huawei employees, it noted, although its director is the former deputy director of the UK's communications security agency GCHQ.

"We remain concerned that a Huawei-run Cell is responsible for providing assurance about the security of Huawei products," it said. "A self-policing arrangement is highly unlikely either to provide, or to be seen to be providing, the required levels of security assurance."

The committee called for an urgent review of the Cell, and recommended that it be staffed by GCHQ employees.

"As an absolute minimum, GCHQ must have greater oversight of the Cell and be formally tasked to provide assurance, validation and audit of its work; and [the] government must be involved in the selection of its staff, to ensure continued confidence in the Cell."

The ISC also examined the process through which Huawei came to be appointed as a supplier to the 21 Century Network project, which the government considers to be critical national infrastructure, in 2003.

It found that BT had alerted government officials of its intention to use Huawei equipment, and that security concerns about the company had already been acknowledged at that point.

However, those officials did not alert the matter ministers. Furthermore, they were not sure whether the government would have the power to block BT's decision to appoint Huawei.

This situation is "unacceptable", the committee said. "The committee was shocked that officials chose not to inform, let alone consult, ministers on such an issue."

Furthermore, it said, "we are not convinced that there has been any improvement since then in terms of an effective procedure for considering foreign investment in [critical national infrastructure]."

"As we went to press, we were told that the government has now developed a process to assess the risks associated with foreign investment into the UK," the committee said. "Whether these processes are sufficiently robust remains to be seen."

The committee noted that while the US and Australian governments have taken precautions against, the UK government has been relatively welcoming to the controversial Chinese company.

It noted that the company launched a substantial PR campaign in the UK and pledged to invest £1.2 billion. "Some media comment hinted that this investment in the UK was largely motivated by Huawei’s broader objective to break into the US market."

"Huawei’s PR campaign appears to have fallen flat thus far, as other countries have taken an increasingly critical stance towards the company’s involvement in their national telecommunications networks."

The UK government provided the following response the report. “The ISC report has highlighted some particular concerns which relate to an issue that occurred some time ago.  We accept that the processes of 2005 needed improving and updating; this is what we have done.

"We now have governance structures and working practices in place which address these risks, including supply chain threats to the telecommunications infrastructure specifically, and escalation of decision-making processes as necessary.  But this is a complex and fast-evolving technical area, and we will keep it under close review and engage more closely with the ISC as we do."

Huawei has yet to respond to an invitation to comment. As the report notes, the company has consistently refuted any security concerns, which are based primarily on the fact that its founder Ren Zhengfei used to be an engineer in the Chinese army.