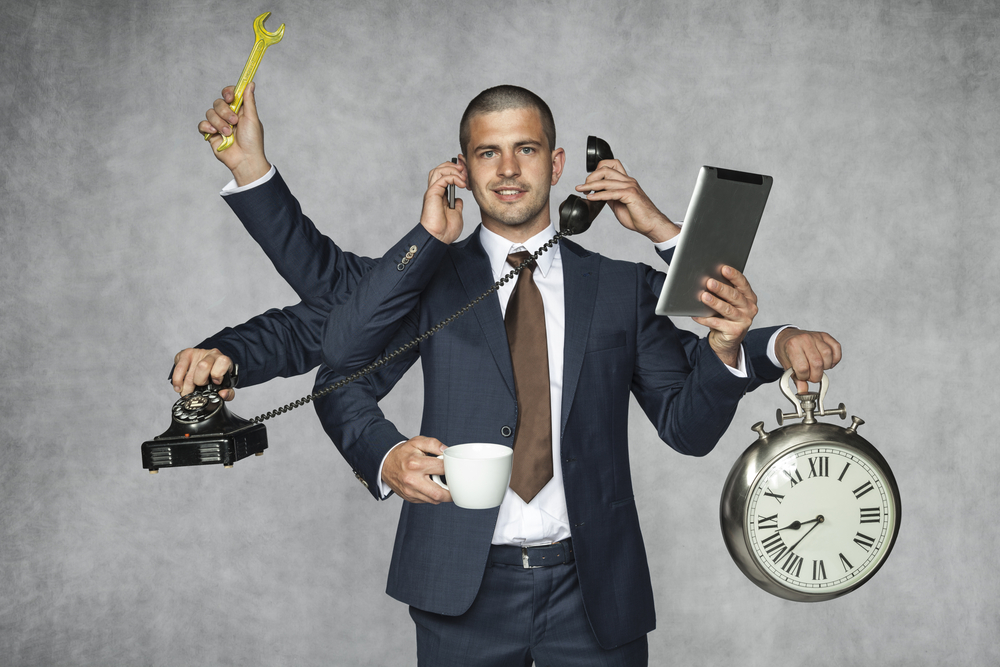 Multitasking is now a valued component in 82% of IT jobs – the highest of any sector, new research has found.

It’s just as well, then, that tech workers are among the most confident UK workers in their ability to cope with the demands and pressures of multitasking.

The research, which saw global recruiter Randstad survey both employers and employees across sectors, found that nearly two thirds (64%) of IT pros believe they are ‘quite good’ and 28% ‘very good’ at multitasking.

So in total, 92% of the tech workers surveyed saw themselves as at least competent at multitasking. By contrast, only 7% described themselves as below-average multitaskers and a mere 1% claimed to be terrible at it.

More than two-fifths (42%) of respondents said multitasking was valued a great deal in their job, while almost a third (30%) said it was moderately valued, and 9% said it was over-valued.


However, IT workers pay a particularly high price for the amount of multitasking involved in their work. The research showed that workers in this sector experience an 11-minute lag in their normal working efficiency when moving from one task to the next, whereas the UK average was only 6 minutes.
Asked if they ever changed their working environment to cope with multitasking pressures, 47% said yes, the highest of any sector except sales and marketing and 13 percentage points above the all-sector average of 34%.


According to a University of California-Irvine study, all workers suffer more than previously thought. The study concluded that regaining initial momentum following an interruption takes someone, on average, more than 20 minutes.
Impact on IQ
An experiment conducted at the University of London found workers lose the equivalent of 10 IQ points when they allow their work to be interrupted by seemingly benign distractions.

However, even among multitasking-savvy IT workers, awareness of this is low. When the poll asked tech employees whether they felt they paid a cognitive price for multitasking, 52% believed they lost no IQ points whatsoever.

“Tech professionals are top-notch multitaskers,” said Ruth Jacobs, MD at Randstad Tech. “With so many office tasks nowadays based around computers, tech workers’ extensive understanding of IT and communications systems certainly helps them deal with multitasking’s pressures better than their peers in other sectors.

“They know how to organise their files so that they minimise the time spent transitioning between different work sets. They’re also savvy enough to make full use of calendar updates and email planners so they’re more aware of the different tasks they have to do throughout the day.”

Tech workers also take a more egalitarian view of male and female multitasking abilities than the rest of the country, according to Randstad’s research.

Almost two-fifths (39%) of tech employees said they thought men and women were equally capable multitaskers – the highest of any sector and 15 percentage points above the national average of 24%.

While 41% of respondents in the IT sector still said women were better multitaskers than men, this was 17 percentage points behind the national average.

Nationally, women are fairly strident in their view that they are better multitaskers than men. Almost three-quarters (74%) of female respondents said they thought women were better at multitasking, while only 13% considered the sexes to be equally good.

>See also: Should IT recruit attitude rather than skills?

Men generally took a more conciliatory view. More than a third (38%) of males polled thought men were better than women at multitasking – and the same number believed both were equally good. However, only 5% were willing to claim men were better multitaskers than men.

“Once thought a crude myth, it’s clear the view that women are more efficient multitaskers than men is very widely held in the UK. Whether that makes it any more true is hard to tell,” said Randstad Tech’s Chris Sheard.

“Tech workers are less affected by this view – perhaps because they’re all at a fairly proficient level of multitasking, so distinguishing between the sexes is no longer relevant.”