Skip to content
Home » Careers » Business Skills » The new CFO: a friend to IT

The new CFO: a friend to IT 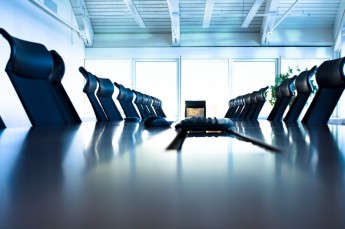 In the new normal, businesses are increasingly aware of the necessity of technological investment to stay ahead of the curve.  A study recently commissioned by American Express revealed that the majority of UK CFOs plan to increase spending on technology in 2014. Nearly half (48%) plan to deploy technology to cut costs, while the same amount plan to rely on data insights from technology to improve analytical effectiveness.

What is interesting is that these businesses are still developing and expanding into some of this year’s buzzwords: mobile, big data, and cloud computing.

In terms of mobile, it is clear that there is still some lingering confusion about how exactly to fully leverage the benefits of this technology.  Less than a quarter of CFOs reported having a formal plan in place for deploying mobile technology in 2014. Likewise, a significant proportion of the finance community (32%) reported having an “ad hoc approach” to deploying mobile technology.

Yet CFOs have wisely recognised the importance of mobile, and with it, the need to develop. Nearly 80% noted the need to make better use of mobile technology over the next year. They cited several goals for doing so: providing finance and business users with better query and retrieval capabilities; having up-to-the-minute access to data; and being able to share the data effectively.

Silver lining to every cloud

As with the mobile example, CFOs realise technology is changing, and want to better understand the technologies themselves. For 22% of finance executives, cloud technology is a top priority for 2014.

Yet CFOs want to make sure they embrace these new tools cautiously and responsibly. Over half of CFOs noted that data-security concerns were likely to pose a barrier to adoption.

Big data and how it can be use

Many CFOs noted the importance of big data. As a result, they are actively working to clarify their strategy on how best to capitalise on the benefits it can bring, and to decide how much of a role it should play in their technical infrastructure.

Here again, the numbers indicate finance executives recognise the need for investing in big data technology but aren’t entirely sure of the best way to use it: more than half will seek to gain a competitive advantage by mastering big data analytics in 2014, but only 37% are confident enough to attempt analysing the data in-house. CFOs across the board recognise the power of data, and the benefits it can bring, but are still working out the nuances of their strategy.

What these findings mean for businesses

Taken together, the results of the study indicate that CFOs recognise the importance of technology. They are working today to understand where to go next and how exactly to engage in strategic implementation.

2014 will surely show just how much innovation can be achieved through technology combined with proper investment and strategic planning.