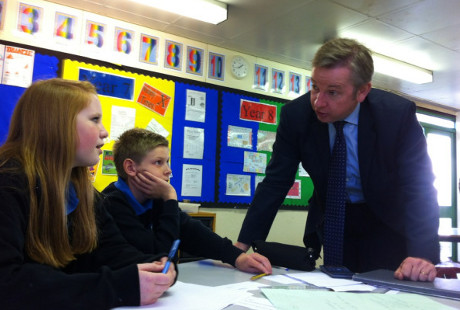 The government has announced plans for new industry-led vocational qualifications for 16 to 19 year olds that will cover subjects including IT and engineering.

The new "Tech Levels" will replace 80% of the existing vocational qualifications. The aim is to give hands-on practical training the same status as academic study, and the "Tech Level" qualification will be equivalent to the current A-level.

"Because technical education is so important, it is vital the qualifications young people take are stretching, high-quality and support their aspirations."

The new qualifications which will be taught for the first time in 2016, with the first exams in 2018, will count to towards the government’s new “technical baccalaureate” along with a maths qualification and an extended project.

Each "Tech Level" subject must be endorsed by a relevant industry body and at least five firms which "represent the breadth of the relevant sector". assessment.

The move is part of an ongoing strategy to reform vocational education following recommendations laid out in a report by economic advisor Professor Alison Wolf two years ago, which said that schools need to focus more on preparing students for the labour market and getting more young people into the workforce quickly.

“In England, virtually everyone stays on post-GCSE, and an overwhelming majority participate to age 18,” said Wolf. “This change has knock-on effects for the labour market and is also in part a response to (and not just the mirror image of) the implosion of the youth labour market.”

“At least 350,000 young people in a given 16 to 19 cohort are poorly served by current arrangements. Their programmes and experiences fail to promote progression into either stable, paid employment or higher level education and training in a consistent or an effective way.”

Labour’s shadow minister for young people Tristram Hunt MP said it was no surprise that the government are “now desperately playing catch up” after 3,100 vocational qualifications were cut by government last year.

“After three years of the government downgrading vocational education, there are almost a million young people unemployed,” said Hunt in a statement released today.