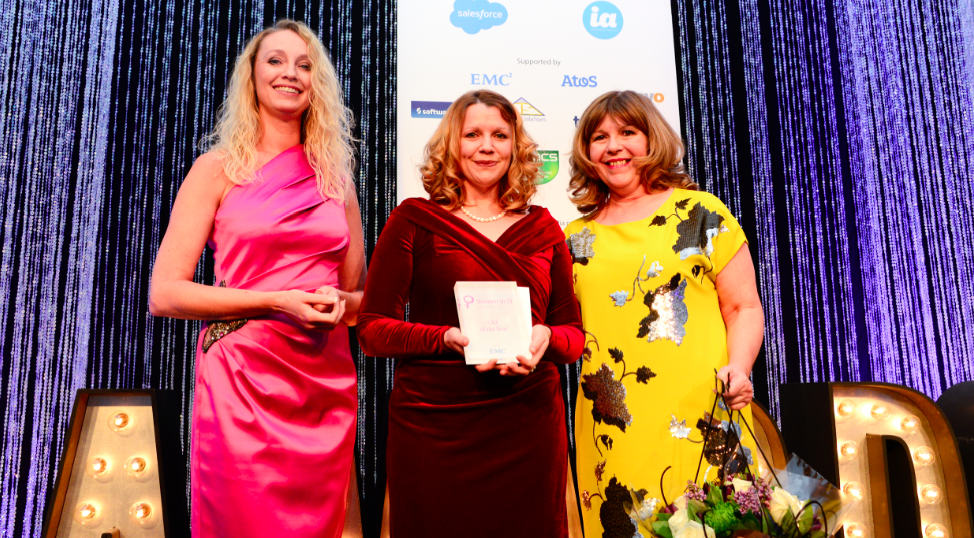 Behind every great man is a great woman, or so the saying goes. Matt Davies may well have received all the plaudits for turning around Halfords’ fortunes, but all eyes were on Anna Barsby when she scooped the CIO of the Year gong at the inaugural Women in IT Awards.

Davies, chief executive of Halfords, has been the talk of the retail world since it was announced last month that he was poached by supermarket giant Tesco to head up its ailing UK and Ireland business.

Halfords turned to Davies in October 2012 during its own ailing circumstances, albeit not quite to the tune of Tesco’s dramatic £263 million misstatement in its half-year profit guidance last year.

The UK’s largest retailer of automotive and cycling products had faced two years of slowly declining sales and brought in Davies, who had led Pets at Home for eight extremely successful years, along with a whole new executive team to transform the business.

Fast-forward 28 months and Davies has overseen a 45% rise in Halfords’ share price, with a 6.5% rise in sales in the 15 weeks to 9 January. Tesco hopes this exemplary track record will continue when he joins Britain’s largest retailer, which, incidentally, has just lost its own CIO, Mike McNamara, to US retailer Target.

When it came to picking a CIO at Halfords, Davies didn’t go for a conventional choice. His forte is transforming staff culture at organisations through training programmes, and he wanted someone who could implement his ‘Getting into Gear’ turnaround plan within a very stale IT department.

Despite having never been a CIO before, Barsby caught Davies’s eye. She was serving as Tui Travel’s business change delivery director at the time, and had also spent years as a consultant specialising in transforming IT departments in large organisations.

‘I was just over the moon because I’d been transforming IT departments as a number two for a while, and to be able to have my own train set and do that myself for my own department was just too tempting to turn down,’ says Barsby. ‘It was all the more exciting that the business was going through that transformation, so we were all in it together and I wouldn’t be battling against a brick wall of everything else being stable because everything else was up in the air.’

Barsby had a choice between the Halfords job and a global change role at ‘a large telecommunications company’, but was attracted by the proposition of building and transforming with a brand new team of execs.

‘When I met Matt I realised that was the culture he was creating,’ she says. ‘I didn’t particularly want to go into a very large telecoms company and the politics that I thought might be in that. I’m happiest when I’m in an organisation that will let me have the autonomy and empowerment to do my thing and transform.’

Barsby immediately set about implementing a culture change in her department, knowing that no technical transformation would succeed if she didn’t have the right people, skills and mindsets.

The IT team was isolated and detached from the rest of the company, and while the loyalty to the brand was excellent – there have been several 40-year-service awards in the IT department alone – there was no planning beyond tomorrow.

‘It was just a fix-it team keeping things operational with lots of jack-of-all-trades skills, and delivery and project managers would end up supporting the systems they’d just put in, so there wasn’t really a defined set of roles.’

One of the first things Barsby did was deliver a presentation to the department on ‘IT in 2017: What will the customer be saying?’ Under numerous business strategy quotes, she asked: ‘What part does IT play in that?’

‘That was a real sea change for people because it was linking what we did with the business being successful and getting people to understand how important they were in that transformation journey,’ she says. ‘It switched on a lot of lights for people – they suddenly felt important and empowered. So it was really about conveying just how important IT is to businesses succeeding or failing nowadays, and getting them to feel that pride. That made a big difference.’

Once the people part of the transformation started to fall into place, Barsby moved on to the infrastructure and systems architecture – the next stage in enabling the business to operate more easily and cheaply.

One of the biggest things she had to tackle was an SAP upgrade that had been put off for about seven years, which was stunting innovation and even data integration at a basic level.

The upgrade took nine months and, partnering with HP, saw Halfords become the first UK company to move into a cloud with SAP.

Barsby wanted just two data centre partners, as opposed to the nine different server sites and ‘team that liked fixing boxes and plugging in wires’ which greeted her upon her arrival at the company.

‘I didn’t want us to be concentrating on that,’ she says. ‘All I wanted was two active set-ups with a managed network in the centre and an operations team that are brilliant at supplier management and service level management. I didn’t want them fixing tin and wires.

‘So that was a big part of what we tackled, and security was obviously absolutely inherent in all of that. I’m really delighted that we’ve got there already – we’re way ahead of target.’

Phase three of the transformation, which will take place in the next year, is all about applications. Currently at the analysis stage, Barsby and her team are evaluating how they will update the company’s ancient store system and further incorporate tablets in-store to enhance their omnichannel strategy.

That is the fun part, explains Barsby, who is grateful to Davies and other senior management for placing their trust and investment in a large transformation where the benefits haven’t yet been clear to see.

‘It’s a hell of a lot of investment for two years when we’ve just been keeping the lights on,’ she says. ‘But on Black Friday we stayed up – at peak – and we’ve had record sales this year, so we’re really delighted that we’ve got those foundations set and now we’re looking at the fun stuff.’

As for Davies, before he joins Tesco in May he is determined to get his wish of securing Barsby a non-executive position on the Halfords’ board.

‘Matt is really keen for me to also take on a non-exec role to complement what I’m doing and broaden that experience, which will be exciting,’ Barsby says. ‘I absolutely love my job, and I am just like a pig in muck because I’m in the middle of a big transformation.

‘It’s working, we’re ahead of schedule and I’m being given the breadth to be able to do it my way with the cracking team I’ve got in place.’

CIO
Women in IT Awards