Following the successful pilot, a second phase of the LawtechUK Sandbox is set to be launched in the summer, with exploration planned into how benefits can be provided to the wider market to support transformation.

In conjunction with the scheme, the Regulatory Response Unit plans to launch a tool alongside LawtechUK over the coming weeks, designed to help Lawtechs navigate legal services regulation in the UK.

Taking a UK-wide approach, the tool will take cross-sector issues found during the pilot into account, and aid improved collaboration between Lawtechs and regulators across the different jurisdictions of the UK.

“The success of the Pilot has been fantastic to see, playing a crucial role in the development of several early stage scale-ups and demonstrating the value and knock on effects of the burgeoning Lawtech sector.

“As we saw with Fintech, the Sandbox has the potential to propel Lawtech into the mainstream – that is an incredibly exciting future many can help to build.” 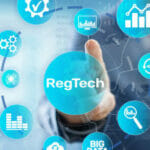 From AML and KYC to data protection, these are the biggest areas of regulatory processes currently being enhanced by Regtech. Read here

Sheldon Mills, executive director, consumers and competition at the Financial Conduct Authority, and chair of the Regulatory Response Unit, commented: “It is a ground-breaking initiative to bring regulators together in this way to support technology innovators in law.

“It has been impressive to see how this engagement and support can make a difference and to see regulators themselves actively solving problems, including where there are boundary issues between two regulators.

“The creation of the Regulatory Response Unit is a clear demonstration of the commitment and scale behind LawtechUK’s approach.”

The three-month pilot for the LawtechUK Sandbox R&D initiative, launched in December, has proved to be a driving force in the development of early-stage Lawtech scaleups, having been instrumental in galvanising the growth of Lawtech, according to its initial participants.

Through the pilot, all five LawtechUK Sandbox participants declared accelerated growth, realised through a number of tailored tools and services, including:

Amplified Global helps customers engage with technical legal information. Its founder, Minesh Patel, said: “Through the Sandbox Network we partnered with Vodafone to access some of their datasets and have been able to collaborate with legal regulators.

“That’s allowed us to develop, test and further calibrate our product. An organisation of our size and stage would have found it really difficult to be working with, or even engaging with these partners without the Sandbox Network.

“The process has rapidly accelerated our growth and helped us to get the product to market quicker than we could have ever imagined.”

Clausematch looks to digitise regulation, in order to enable smart compliance. Its head of product, Anastasia Dokuchaeva, said: “The programme was highly instrumental for us for working with the ecosystem, understanding the challenges and the problems that both sides – regulators and the regulated – face.

“What was most unique about it is that it provided us with a great opportunity to work with multiple regulators and have them come together at the round table all ‘in one room’, all at one time simultaneously, something that we were not able to do before.

“As part of the Sandbox, we were looking at several use cases such as anti-money laundering and KYC use cases, ESG, privacy, onshoring post-Brexit.

“Meeting experts allowed us to tap into this wealth of experience and deep-dive more into the issues that the industry is looking at.”

Deriskly analyses corporate communications to detect and avoid disputes. Its CEO, Dr. Mimi Zou, said: “For Deriskly, the Sandbox has helped to connect us with potential users and potential clients, as well as a network of individuals and organisations that have provided us with rich insights to inform our market research and product development.

“Moreover, being part of the inaugural cohort of Sandbox pioneers has helped to raise our profile as an early stage Lawtech venture that is trying to innovate in a new space (dispute avoidance).”

Legal Schema enables legal documents to be easily structured and consumed as data. Peter Hunn, founder of Legal Schema and Clause.io, said: “Accelerating the adoption and use of smart contracts is critical to the global competitiveness of the UK as a jurisdiction.

“In order to do so, a simple, universal, means to add structured data into contractual documents is needed to transform them into digital agreements.

“The Lawtech Sandbox enabled us to test the viability of this idea and to collaborate with key stakeholders to get to a point where we have something of real substance, as outlined in the whitepaper to be released in the coming days.”

Legal Utopia provides DIY tools and makes it easy for SMEs to get legal support. Its CEO, Fraser Matcham, said: “The LawtechUK Pilot was a particularly well-timed event for Legal Utopia’s product development and the key projects we’ve been focused on launching since early 2020.

“The pilot helped us get these different projects locked-in and funneled the resources needed to get them done.

“The results I think exceeded both sides’ expectations, in particular, to go from nothing to a full modelling training platform with a training dataset on one project.

“This will directly result in an expansion of our service offering to SMEs and the wider market.”