Nine years on, ‘Big Data’ is finally hitting the mainstream 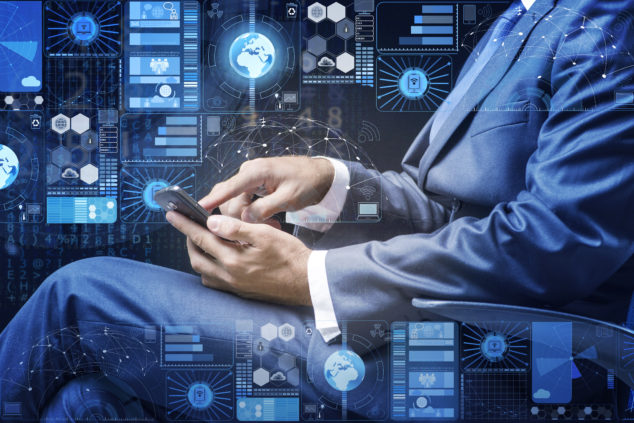 It’s been almost nine years since the term ‘Big Data’ was capitalised and coined by computer scientists from the Association for Computing Machinery in a paper called “Visually Exploring Gigabyte Datasets in Real Time”. The paper explored how the purpose of computing is insight, not numbers, and discussed the challenges of ever-growing data sets. Since then, gigabytes have bee§n replaced as the largest unit of data storage no less than five times; and the challenge for the modern business has evolved to delivering tangible results from Big Data insights – rather than just the insights themselves.

After the paper was published, it took some 13 years for the term to enter mainstream circulation, according to Google Trends. Since then, Big Data has largely remained a concept rather than a trusted tool for most businesses. However, with improvements in data analytics technology, this is all changing. In order to understand how Big Data can today help organisations generate Big Business Benefits, let’s take a look at how technology has evolved to make this possible.

The biggest library in the world would be useless if you couldn’t find the book you were looking for. The same is true of data – you need a way to get at the insights that will have an actual business impact when applied. This was the first challenge that needed to be addressed by the pioneers of data science, who, in the 1950s, created programming languages to allow developers to easily interact with data sets.

These languages have had to keep up with the times, growing in complexity as more and more streams of data needed to be unified and utilised. Nowadays languages such as R or SQL, which have been built specifically to handle huge data sets, form the bedrock of the data analytics platforms which help companies realise the benefits of Big Data.

With the several trillion ones and zeros organised into sensible files, analysts need the data translated into a form that can be easily interpreted. Developers needed to create technology that could convert the numbers into a user-friendly format: for example, a dashboard featuring simple graphs and tables.

With this evolution, modern analytics technologies began to offer two ways of working: ‘code-friendly’ for those analysts who want to code, and ‘code-free’ for the everyday workers who don’t. This took Big Data outside the domain of specialised data scientists and into the mainstream, empowering workers to make day-to-day decisions that were informed by data rather than ‘gut feel’ or often well-intentioned but non-fact-based instruction alone.

Another big advance in data analytics technology saw platforms move from providing data on what had happened and was happening, to predicting what might come to pass. The best strategic planners in business have always taken available data and extrapolated it to estimate what was on the horizon; so, this was the natural next step for data analytics technology, which wanted to take Big Data and turn it into actionable business intelligence. As ‘deep learning’ algorithms have been developed, automated predictive modelling, based on large reliable data sets, can now help businesses plan for the future with a good degree of accuracy.

Data analytics platforms can now not only predict how your business and the market might change in the future but can allow businesses to easily manage predictive models and put them into production. By addressing this challenge within a single platform, technology has taken the leap from generating data to assisting with implementation – as such helping workers to efficiently turn Big Data into genuine business impact.

The advanced technology allows even non-technical business strategists to build data-insight-led workflows and export code, ready to be implemented by programmers. Having this capability available within a data analytics platform enable far quicker implementation than would previously have been possible with the solutions used by the previous guardians of analytics: the data scientists.

Realising the benefits of Big Data

Digital giants, such as Microsoft, Apple and Google were amongst the first to develop proprietary technology that let them make the most of Big Data. However, the technology available on today’s market has got to a point where the benefits are achievable for all kinds of firms – no matter their business model.

Now that data analytics technology has helped Big Data hit the mainstream, with adoption rates amongst companies rising from 17% in 2015 to 53% in 2017, according to a study for Dresner Advisory Services, the benefits will be felt far and wide. Not only will businesses be able to maximise their efficiency and better plan their activities, but they can make a positive impact in a wider sense: for example, to promote greener working practices with predictive modelling, or give overworked employees back their personal time through increased efficiencies. Here’s to the realisation of the Big Data dream, analytics technology, and the next nine years!