Skip to content
Home » Topics » Governance, Risk and Compliance » Non-GMail users should expect us to analyse their emails, Google says

Non-GMail users should expect us to analyse their emails, Google says 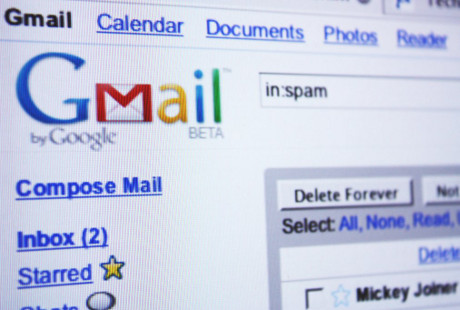 People are naive to think that emails they send will not be analysed by the reciepient's email service provider, web giant Google has said.

The company made the argument in a legal document earlier this year. It is facing a class-action lawsuit in the US, representing non-GMail users who are opposed to the company analysing their emails.

“Just as a sender of a letter to a business colleague cannot be surprised that the recipient's assistant opens the letter, people who use web-based email today cannot be surprised if their emails are processed by the recipient's [e-mail provider] in the course of delivery,’” Google argued in a motion dismiss the class action lawsuit, filed in June.

“Indeed, 'a person has no legitimate expectation of privacy in information he voluntarily turns over to third parties'," it added. This last remark is a quote from a Supreme Court ruling in 1979, which found that telecommunications companies were not spying on their customers by tracking the numbers they dialled.

Privacy advocates have criticised Google's automated analysis of emails since the launch of GMail launch in 2004. Google argues it has its users' implied consent to analyse email in exchange for the free service, and is transparent about how it analyses emails.

The class-action suit was brought against Google by eight plaintiffs from around the US. It urges the company to disclose the full extent of how it analyses emails and demands damages.

Earlier this year, Microsoft made similar accusations that Gmail’s automatic scanning invades its users privacy, in a campaign to promote its own email platform, Outlook. It criticized the system for giving users no choice to opt out.

Microsoft commissioned a study through market research firm Mozaic Group that found 87% of Gmail users feel their privacy is violated by the use of email content for targeted advertising.