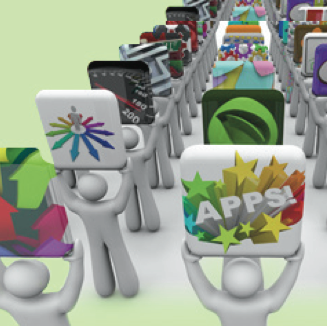 Ostensibly, the agreement between the two software rivals, announced in November 2006, was intended to address the issues faced by companies using both Microsoft’s proprietary software and the open source operating system, Linux. In effect, the agreement ensures Microsoft will recommend Novell’s Suse as its Linux distribution of choice. But can such an agreement help reverse the fortunes at the ailing Novell?

“This sets the stage for Novell,” says Roger Levy, vice president, open platform solutions at Novell. “That 2007 is going to be a very different year, a very bold year and a very successful year for Novell [and] for our customers.”

It is an audacious statement, given Novell’s stagnant growth. Back in fiscal 2005, full year revenues were $1.2 billion, up a paltry 2% on its previous year. And 2006 has been no better. Although the company has only released provisional financial statements – because of self-initiated review of past statements – revenue for the quarter ending 31 October was down to $245 million, from $285 million in the year-ago quarter.

In particular, revenue from software licences – a key indicator of future earnings potential – has plummeted. In 2003, Novell earned $265.3 million from licence revenue. By 2006, this figure dropped 35% to $173.7 million. The reason for this decline? Falling sales of NetWare, its network operating system; a decline precipitated by Microsoft’s advances in its own operating systems.

"The pact with Microsoft sets the stage for Novell."

Novell has attempted to claw back lost market share by pursuing a policy of both proprietary and open-source software – a model it labels “mixed source”. Joe Wagner, general manager for systems and resource management at Novell explains its thinking: the vast majority of corporate IT spending has “been in heterogeneous environments and will remain in heterogeneous environments for the next 10 years.”

But so far, the results have been mixed for Novell. It is making money from identity and access management, and revenues are rising at its Linux division, helped to some extent with the mid-2006 release of Suse Linux Enterprise 10, a platform that includes features for both the desktop and server environments, as well as built-in virtualisation and application security functions. But so far, it has not been enough to offset the decline in NetWare.

There will be an immediate upside to the pact with Microsoft: Novell is set to receive a $240 million upfront payment for subscription certificates that Microsoft will give to its customers for Suse Enterprise Linux support and a further $108 million payment for patent co-operation.

In seeking shelter with Microsoft, Novell has a partner where distrust of open source software runs deep. It is also committed to paying royalty payments to Microsoft. Novell executives may be sleeping with one eye open for some time to come.