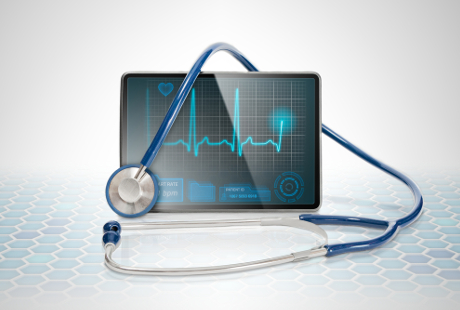 In March, the mobile operator launched Health at Home and Help at Hand.

Health at Home was billed as "a mobile remote patient monitoring service that helps people with long term conditions feel more involved in their care". It allowed patients to interact with their care providers, through specialist devices and a tablet.

Both patient and healthcare provider could monitor the patient's readings through an online portal.

Help at Hand, meanwhile, allowed carers who live with housebound patients to monitor their health remotely. It was marketed especially at young people who look after their invalid parents.

In a statement released yesterday, O2 said "e-health is a sector with significant potential and, as such, remains an important priority for Telefónica (O2 Health’s parent company).

O2 said it would refund any credit that customers had for the services, and deleted all the patient data that had been entered into the system.

This week's news puts a dampener on the high hopes that have been placed on telehealth as a solution to many of the UK's healthcare issues.

In 2011, the UK government announced plans to extend telehealth services to 3 million care patients. In March last year, then-care services minister Paul Burlow MP said the use of digital technology to provide remote healthcare could save the NHS £1.2 billion over the next five years.

In December, TechMarketView analyst Tola Sergeant wrote that telehealth adoption in the UK was approaching a "tipping point".

"Taken together, stronger government policy, growing (though not yet conclusive) evidence from pilots, advances in technology … and more innovative supplier offerings conspire to bring telehealth to the cusp of wide-scale adoption," Sergeant wrote.

However, she warned that adoption would be slowed than many anticipate. "Our view is that progress will continue to be slower than many expect and that the widespread adoption of telehealth services will take longer than the government’s plans suggest."

In January of this year, a study from Imperial College Business School concluded that government need to make more commitment to its telehealth strategy if it is to be successful.