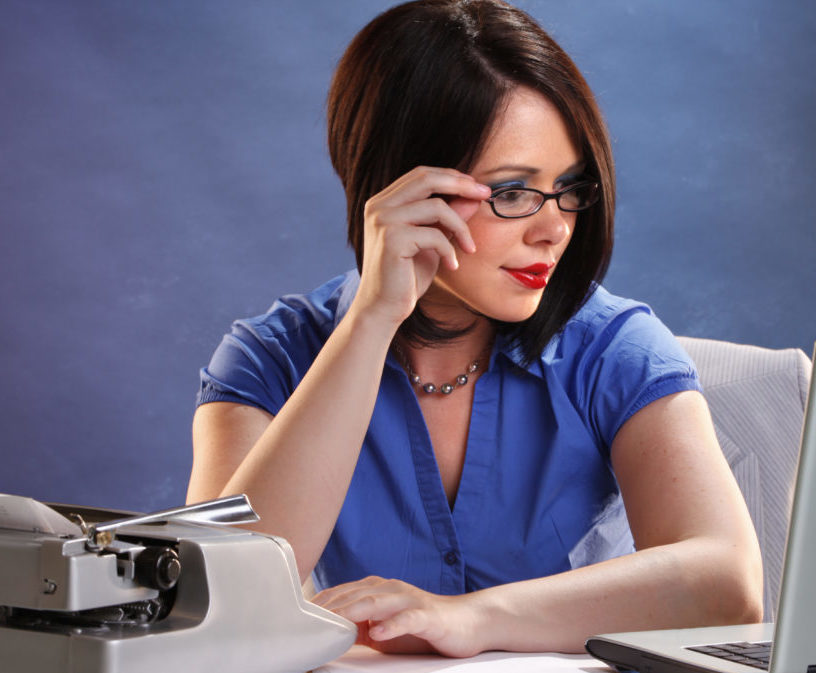 It can recognise various kinds of text, such as typed fonts or handwritten letters. Many companies view OCR as an essential technology for automating their workflows. Here are five ways it can help people work faster and with fewer errors.

Even though this is an increasingly digital world, some companies still distribute paper-based invoices. OCR technology enables better invoice management by allowing office staff members to import information from physical invoices by letting the OCR application detect the text on the page and transform it into a digital format.

Then, the people who work with invoices can have all the necessary information in one place and not worry about losing paperwork. Plus, since OCR technology permits searching for keywords within the digitised material, people can save time when verifying payment-based specifics, such as what a client purchased and when the transaction happened.

These advantages avoid substantial amounts of manual searches, plus minimise errors that could otherwise happen, such as when people enter data by hand and make mistakes.

Mergers and acquisitions worldwide hit an all-time high during the first half of 2018, but how crucial is AI in this process?

Some business processes are so complex that it’s incredibly challenging to streamline them without assistance from technology such as OCR. Issues can become even more severe and time-consuming when companies use a variety of apps to handle incoming data.

OCR solutions can make data entry more efficient, as well as categorise the data. A global insurance company realised its inefficiencies were out of control, and it started using an OCR tool to make improvements. Before depending on OCR, the company experienced an estimated 24,000 data capture delays or stoppages per month, and those issues resulted in an approximate loss of $100 million in revenue each year.

Using the OCR tool caused substantial improvements in the claims and policy processes, making each one more efficient. Furthermore, after seeing those outcomes, the company decided to roll out OCR technology in other departments.

Three:  Speeding up work related to PDFs of scanned documents

Many industries regularly refer to PDF documents that originated from physical documents. The health care industry is one of them, especially considering the prevalence of faxed material. As mentioned earlier, having documents in a digital format makes storage more streamlined. But, working with PDFs often becomes a slow process when keyword searching is not a native feature.

As mentioned in the first point, OCR technology makes digital documents searchable.  One project sought to assist healthcare providers with searching through PDF content in Chrome and used OCR technology to do it. Users needed to backfill data from PDF documents and do it as quickly as possible without sacrificing quality.

The team at a company called Oscar ultimately devised a solution called DocStor OCR that was more than 98% accurate in recognising the extracted text. Eight people using the OCR technology dealt with an average of 10,000 PDFs per day, and the average document was 10 pages long. Each document only took seven seconds to process, and the content within was mostly medical-related. The people who used the search functionality commented that it significantly improved their efficiency.

This is an example of how an OCR tool with certain features can be especially useful for certain teams. When company leaders are considering adopting OCR technology, it’s ideal if they can determine which tasks are most cumbersome and use that information to guide how they choose to implement OCR.

People who travel frequently are accustomed to having to keep track of receipts related to their business excursions.

Often, they have to manually submit the details of those receipts into a portal overseen by someone in accounting. The challenges can go up if the amounts are in various currencies. Plus, if people take care of expense documentation submissions outside of their usual work hours, they have less time to enjoy a healthy work-life balance.

In one case study, a heavy traveler spent as much as 60 minutes after each trip doing expenses. So, people began working on a smartphone-friendly OCR solution that allowed people to take pictures of their receipts with their phones and instantly approve or deny the information recognised by the technology and transferred into an app.

After rolling out this option in nine countries, the companies involved heard from satisfied users who said it took less than 15 minutes for them to enter expenses while using this system. That’s because the OCR tech automatically recognised dates, amounts, currencies and merchants on each receipt. Instead of typing all those things in by hand, people only had to confirm that the app correctly interpreted the information.

When companies have large percentages of employees that travel often, OCR could help them reduce expense-reporting headaches. It’s especially useful if people are already complaining about how the usual process takes too long and asking for better options.

Regardless of which sectors they work in, most people have become familiar with Google Drive and how it can support their workflows, especially when going paperless. For example, it’s possible to save files received in Gmail messages directly to Google Drive and never have to print them out.

Many of the OCR solutions above required specialised tools — and those are necessary in some cases. However, when people only need to do basic OCR tasks, they can take care of them with Google Drive. The platform has a feature that turns PDFs and photos into text shown in Google Docs.

It has some limitations, such as that the tool likely won’t retain some formatting including footnotes and charts. However, it typically does transfer characteristics such as the font type and size. Then, people can edit the text in Google Docs without relying on a separate specialised program. There are various ways a person might work more efficiently with this method.

For example, if someone wants to make changes to a PDF of an extensive restaurant menu, using this feature and editing the content in Google Docs could be a way to achieve that task. Or, a user might import an image of an email sign-up list from a recent trade show featuring dozens of names. The Google Drive OCR recognition could facilitate transferring those contact details over to a digital format.

Although some of these examples relate to specific industries, it’s not difficult to envision how they could apply to virtually any sector or team. Overall, OCR technology can save time by cutting down on or eliminating manual processes. Then, productivity goes up and the likelihood of mistakes should decrease.