Ofcom wants to force BT to cut its leased-line prices 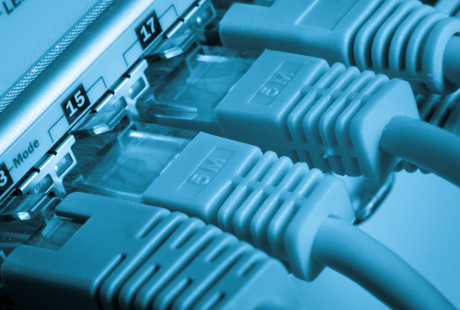 Ofcom wants to force BT to cut the price of its high-speed, leased-line network services in order to boost adoption.

The telecommunications regulator said in a statement today that there is insufficient price competition in the market for 1 Gbps leased lines outside of London. It has therefore applied to the European Commission for permission to force BT to cuts its prices by "11% lower than inflation" – i.e inflation minus 11 percentage points – over the next three years. Inflation is currently around 3%, so the price cut would be around 8%.

If approved by the EC, Ofcom said its price controls would "significantly reduce" the price of newer Ethernet servuces for businesses.

"The draft measures are designed to promote competition," Ofcom said in its statement. "They will also help ensure the UK has a backbone of high-speed business networks capable of supporting not only companies, but also consumer services that ultimately rely on these networks, such as superfast broadband and mobile video streaming."

Ofcom wants "lighter regulation" in London and Hull where competition is healthier.

"We believe Ofcom’s decisions to regulate very high bandwidth Ethernet and optical services outside of London for the first time is mistaken," the company said in a statement. "We provided clear evidence to Ofcom that the market is highly competitive and that there is no market failure that needs regulatory intervention

"We also believe Ofcom could have gone further in deregulating legacy retail services; newer, more efficient alternatives now exist removing the need for the regulation of such legacy services altogether," it said.

The EC has one month to review the draft decision.