Office and its rivals 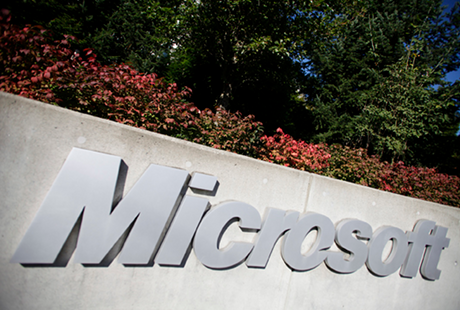 Microsoft Office, with some 94% of the office software suite market by revenue, is the de facto standard of office application suites. Many, if not most, PCs ship with a bundled copy of the software; training courses in desktop applications are almost always MS Office-related; and any start-up looking to equip its workers with word processors, spreadsheets, personal information managers and presentation software invariably picks Redmond’s finest.

Indeed, such is Microsoft’s domination of the market that no office worker’s CV is complete without skills in MS Word and Excel, while managers are usually expected to complement this with either MS PowerPoint or Project.

But simply because something is the standard does not mean it is the best or the best suited for a particular task. And it is certainly unlikely to be the cheapest. There are many other packages available with similar capabilities to MS Office. For the buyer, the question is: What are the implications – financial and otherwise – of diverging from the standard.

Here are the available products.

For most of the 80s and early 90s, Corel’s WordPerfect suite was the equal, if not the superior, to MS Office. It was not until the mid-90s that MS Office overtook WordPerfect. Now, the former leader is left to carve a niche in Microsoft’s world. “Word is the technology we swim in,” rues Graeme Brown, VP of software development at Corel.

Initially, a user of Word looking at WordPerfect would not see much different since the interface follows Microsoft’s usability guidelines. “We fully follow standards and are XP compatible,” claims Brown. And the software readily imports and exports Office documents, he says. “We try to preserve as much as possible as native Word documents.”

The main difference, though, is in the system’s handling of long documents. Brown argues that WordPerfect’s functions and approach mean it can handle long documents more easily than Word. “The two programs are based on entirely different premises. Word is based around styles. Paragraphs get styles attached to them. With WordPerfect, you can go to the beginning of a document, change the font, and it will change throughout the whole document.”

Other features that help with long documents include Reveal Codes, which expose the formatting tags that produce bold, italic and other changes. “You get to see in a textual frame all the information about the formatting of a document. When something goes wrong because you accidentally deleted some formatting, it’s easy to delete the code that is messing things up”.

Other parts of the suite have similar differentiators. The Corel Presentations module, the equivalent of Microsoft’s PowerPoint, can export presentations as Macromedia Flash files for display on the web or as PDFs, and its ‘Show on the Go’ facility saves the presentation as a program that any Windows computer can run, even if they do not have Presentations. It also has other niche tools such as speech recognition via Dragon NaturallySpeaking and the Pocket Oxford dictionary.

The cheapest option for many users is OpenOffice, a version of Sun’s StarOffice maintained by the open source community. OpenOffice and StarOffice differ little, since they share most of the same code. However, StarOffice comes with various tools that Sun has licensed from third parties such as dictionaries and thesauruses; a collaborative environment similar to Microsoft’s Outlook; and support from Sun.

“I think that if you look at what functionality most people need in an office suite,” says Jonathan Mills, product marketing manager at Sun, “a lot of office suites deliver that functionality. If you look at a few power users, they might use the features that MS Office has that the others don’t. Are you happy, having to buy Rolls Royce tools for everyone who’s just writing a letter or doing a spreadsheet?”

The suite also has an easier interface, Mills argues, with “things where you’d expect them to be” and a 3D graphics tool that is better than OfficeXP’s. “When you work with XP, you soon realise it isn’t actually working in 3D at all,” he says. With a fixed XML file format for StarOffice, Sun will not be able to force users to upgrade to maintain compatibility with future releases, promises Mills.

With a price of £53 for StarOffice, and nothing at all for OpenOffice, these packages have economics on their side, even if they cannot do everything Office can do. But analysts always advise buyers to calculate the cost of ownership and not to go by the initial price.

Lotus 1-2-3 used to be the most popular spreadsheet package by far, but Excel now has that mantle and 1-2-3 has become just a part of Lotus’ SmartSuite.

Powell Smith, a Lotus software product executive, acknowledges this. He says that one of the aims of the Lotus team now is to ensure compatibility with MS Office. “It’s something we really focused on with the applications. In this version, for instance, we’ve added a PowerPoint filter so you can read and write PowerPoint presentations.” It cannot, however, work with Access databases.

SmartSuite is more enterprise-focused than Office. It integrates with SAP, PeopleSoft and JD Edwards’ software. Another example: Its personal information manager, Lotus Organizer, interfaces with the Official Airline Guide Travel Information System to access flight and hotel information, build an itinerary, and transfer the itinerary directly into Organizer’s calendar and notebook.

The database, Lotus Approach, is also enterprise focused. It provides business intelligence information from standard databases systems, such as Oracle and DB2. It also works better with other Lotus products, such as Notes and Domino, than OfficeXP does.

The software also has some usability advantages, especially for long documents, argues Smith. “Our Infobox technology is a key differentiator. It’s a sticky dialogue box that stays on screen while you make changes. You can maintain it while you modify seven or eight tables at a time – and it is context sensitive.” (This is very similar to the palettes used in Office X for Macintosh).

A new version of the suite is due out at the end of 2002, which will include improvements to the look and feel of the software, which has lagged behind since the launch of Windows XP. Support for multiple languages is not as good as OfficeXP’s, say users.

The biggest problem for the Lotus marketing team is that Smart Suite offers few clear differentiators from Microsoft Office. Given the commitment of Microsoft to stay ahead, and the resources it has, that is unlikely to change in the near future.

Stephanie Thorn, Microsoft’s product manager for the Office suite, wants to persuade people that MS Office is the most popular office suite for a reason.

“I have a strategy called ‘Seeing is Believing’. Lots of people ask themselves, ‘Do I need this extra knob or whistle? Do I need Smart Tags?’ I put them in front of a copy of OfficeXP and pretty soon they’re decided.”

OfficeXP is the “most secure, most reliable suite” available, she argues, and worth every penny. In the latest version of MS Office, the new “bells and whistles” are mostly usability improvements such as Task Panes that sit at the side of the screen. These have links to commonly performed functions.

These were initially introduced for a strange reason. “We have a wish list to which people can add things they want in future versions of Office. [But] Many of them were things that Office could already do. So we made them more accessible using Task Panes.”

Smart Tags uses the tight integration of the Office suite. It highlights areas of text that might correspond to addresses or contacts in Outlook’s address book, so that users can easily insert contact details without having to open Outlook. They also allow users to alter the format of newly-pasted text to match that of their current document.

Another feature of XP of which Thorn is proud is Sharepoint, a way to produce a collaborative web site for a work group without any HTML knowledge “in just three clicks”. Thorn admits, however, that few people are yet using that feature.

Office also has far better localisation than competing packages, with 40 languages built-in including bi-directional languages such as Hebrew and Farsi. More importantly for the UK, Welsh proofing tools are included.

While many people may be tempted to look at another suite because of price, security or features, Thorn says they will be making false economies. “If it’s a large company, the cost of the software is not the largest overall cost. A lot of customers have invested in macros and templates – many of the other suites can’t import our templates or the files don’t look the same. If you’re a start up and you’re passed a file by a partner and you can’t open it, what can you do?”

There are many other packages that offer Office-like capabilities – some of which have been around many years. They include Anywhere office, Ability Office, Pro PC Suite 2001 and ThinkFree Office. All of these have similar capabilities and include differentiators such as diagramming tools.

Microsoft rival Apple has its own equivalent to Microsoft’s Works package – AppleWorks – which runs on both Windows and Macs, although as David Millar, Apple’s corporate affairs manager admits, it is mainly for small businesses and education and the Windows version is “getting pretty old”.

Microsoft’s Office, however, remains the most complete – and the most expensive. For most of the others, price and cost of ownership is the battleground. Enterprises that are buying thousands of licences can potentially save millions of pounds by making the right choice.