Skip to content
Home » Topics » Data Analytics & Data Science » What’s next for the love story between tape storage and enterprise?

What’s next for the love story between tape storage and enterprise? 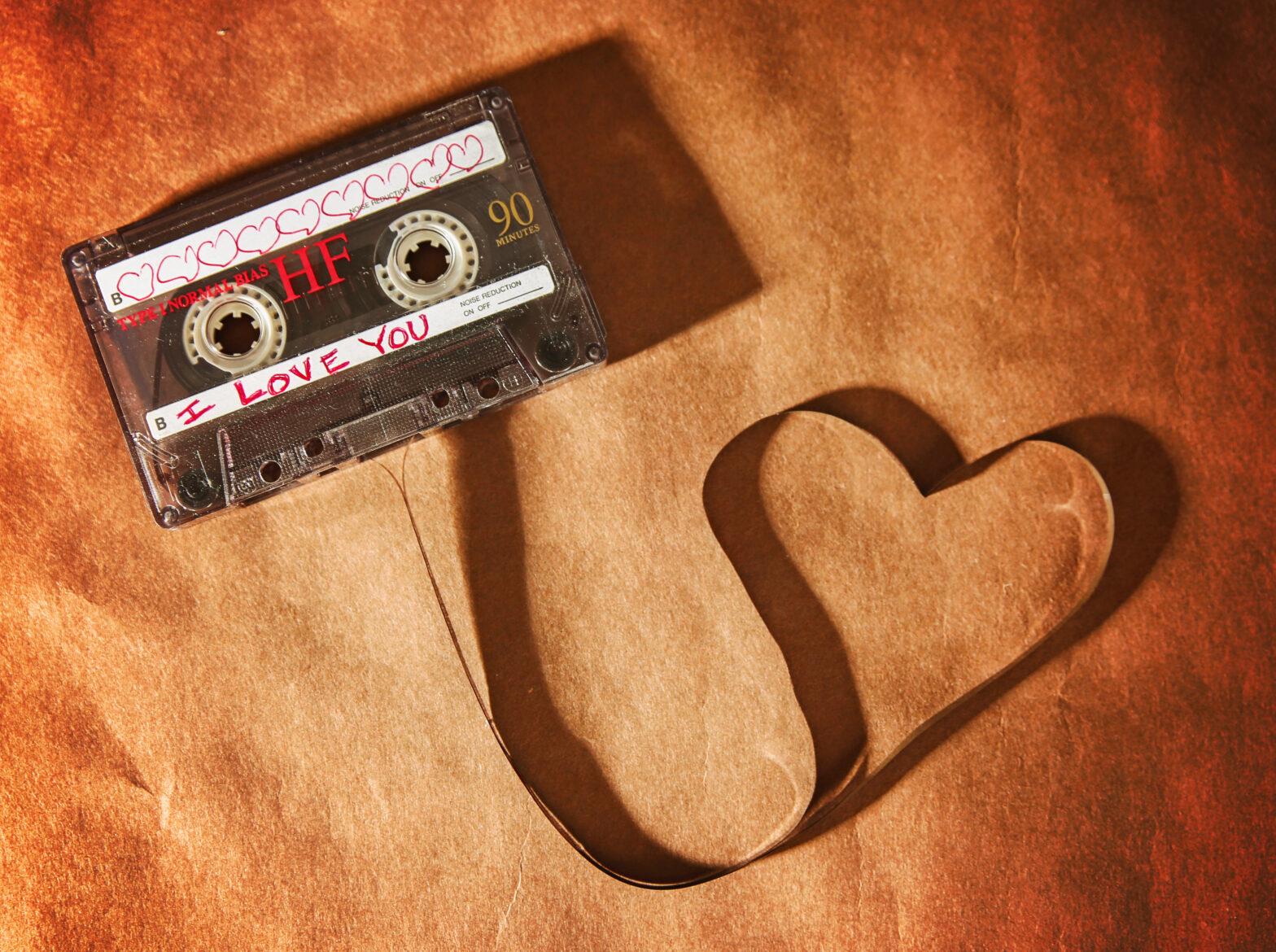 With storage like flash and optical media taking over the consumer world for its speed and flexibility, it’s a surprising fact that magnetic tape, far from a throwback technology, remains central to computing even in the 2010s – in fact more tape storage is being used now than any other point in history.

Magnetic tape is still being used for long term data storage by a vast range of organisations, from CERN that reportedly churns out 3-6 gigabytes of data second, to SMEs that want to store their records.

According to a recent global survey of IT administrators by data recovery firm Kroll Ontrack, 34% of organisations store and manage more than 100 tapes.

‘There are many benefits of using magnetic tape over other storage mediums,’ says Kroll Ontrack’s managing director, Phil Bridge, ‘one of them being longevity.’

> See also: The rise, fall and re-rise of magnetic tape

‘Unlike other forms of storage, tapes last a lot longer and are less susceptible to the risks modern drives face if stored correctly. In fact, tapes can still be read reliably after thirty years, whereas the average disk lasts a mere five years. In addition, malware, damaged disks and discontinued software patches can also lead to data becoming permanently inaccessible.’

Extracting data from tape is also very fast; in some cases it can be nearly four times quicker than reading from a hard disk, due to the complexity and sophistication of new storage devices.

‘Another advantage is low cost,’ says Bridge. ‘Not only are magnetic tapes cheaper to buy, they also don’t need sophisticated warehouses to keep them safe. The energy requirements to keep HDDs operating correctly can be very costly – just think how much cooling is needed to keep a data centre running!’

Not only can modern storage mediums be expensive, but they are also arguably not as secure as tape: any data that isn’t managed in a virtual environment is often stored somewhere that is unknown to the company and not always guaranteed to be backed up.

Old with the new

As newer technologies take the limelight, behind the scenes the 65-year marriage between enterprise and magnetic tape has continued to evolve and grow. The hype around the cloud might make it appear to be some magical, ethereal technology, but in actual fact, cloud storage providers use the same mix of hard drives, tape drives and tape libraries that large enterprises use to store and archive their data.

‘When people think of cloud storage,’ says Matt Starr, CTO of data storage company Spectra Logic, ‘they are really only outsourcing their data storage needs to someone who may be able to perform the operation more effectively.’

And while it might not make headlines, research into faster, more efficient magnetic tape technology continues unabated.

‘To really understand tape it is best to look at the magnetic disk and its roadmap over time,’ says Starr. ‘Tape and related technologies are based on this disk roadmap but are about 15-20 years behind. This means that all of the heavy research on magnetics and tribology (the science of interactive surfaces in relative motion), has been carried out by the disk vendors.’

GMR heads were first used in the disk drive in 1996 and were replaced by TMR heads –  Tunneling Magneto Resistive (TMR) heads.

‘Tape has yet to release a TMR head,’ says Starr, ‘where each head is usually married to a new type or formulation of media. In the recent past tape was based on metal particle while the current tape is based on Barium Ferrite. The reason the media itself needs to change is the size of the magnetic particle needs to be smaller to create a smaller bit and thereby get more data in the same square inches.’

Tape has continued to evolve to larger and larger capacities: in 2014 Sony and IBM announced that they had been able to record 148 gigabits per square inch with magnetic tape using a new vacuum thin-film forming technology. This allowed them to set a new record by fitting 185TB on a single cartridge: the equivalent of 3790 dual layer Blu-ray discs.

And speeds have also been increasing: in 2010 the introduction of the Linear Tape File System (LTFS) open standard meant that metadata could be separated from object, enabling access times for magnetic tape storage to be much faster, leading to the rise of a hybrid ‘flape’ architecture that makes use of both flash and tape.

But with hybrid ‘flape’ architectures becoming increasingly common, this leaves enterprise data managers with a decision – what to put on tape.

As Starr explains, tape loves the long tail of data:

‘When data has been used for its primary purpose, but still needs to kept for legal, contractual or regulatory requirements, tape is the perfect medium.’

‘It is ideal for storing massive data sets for extended periods of time, which is why in most High Performance Computing (HPC) environments tape is the primary data store and disk is just a scratch file system, used for ongoing work.’

In the HPC industry, data is typically retrieved from tape, put into the scratch file system, worked on and the next version is then stored back on tape.

Deciding what to put on what storage medium is the first step, but safe and reliable archiving involves more than just saving data to tape. It requires managers to work within retention periods and to create back up plans for when things go wrong.

‘In addition,’ says Bridge, ‘companies should always have a clear data management policy in place, so that IT management understand what they need to do to safeguard information, and most importantly, who needs to take responsibility when disaster strikes.’

‘It’s not uncommon for a client to tell us they’ve got 100 ten-year old backup tapes in a storage room and are unsure of the information contained on them – a recipe for risk disaster.’

The most important rule in data archiving is always to think long term. Tapes are designed to be maintained properly so data can be accessed when necessary: companies should therefore have a backup plan that is reviewed periodically, advises Bridge.

> See also: Tape storage is not dead: 4 reasons why the world needs it more than ever

‘They must also keep in mind that technology can expire and become discontinued and should therefore keep on top of what is happening with hardware and software trends,’ he says. ‘Recently, Kroll Ontrack was asked to recover over 35,000 records from the 1980s for a bank that was being audited. Although the bank took the process of archiving very seriously, the hardware used to store the tapes was no longer operational and they couldn’t access their records without the help of our recovery experts.’

And for the safe management of long-term archived data, companies need to do more than regular conversion to current formats. Data should be classified before archiving, so that those responsible can specify what data must be kept and for how long.

Commercial documents are usually legally required to be retained for a set time period, which is usually covered by the lifetime of an archive system. However, documents with longer deadlines or time value, such as financial documents, construction plans or legal judgments, require special arrangements for archiving because they often a required to outlive a normal archive system.

Once the retention period has expired, archives that are correctly labelled and indexed are easier to identify and securely destroy in order to reduce the company’s legal exposure.

If backup tapes are no longer needed, companies need to know how to permanently and securely delete highly sensitive data on the tapes. Here is where the durability of tape can be a downside: merely crushing the tape will not get rid of information. With tape, if it snaps it can be spliced back together, and the loss is usually no more than a few megabytes. Kroll Ontrack’s engineers have been successful in restoring many tapes that have been ‘destroyed’ this way.

‘Companies should therefore play it safe and demagnetise the storage media through degaussing,’ says Bridge. ‘This is the only way that data can be irrevocably destroyed.’

But in today’s IT world, there is no particular reason to completely stop using tape.

Many companies choose to stop using tape due to the maintenance costs involved with retaining expensive legacy backup systems, however, this problem can be mitigated by conducting a thorough tape audit and using a third party company to conduct restores ad-hoc for you.