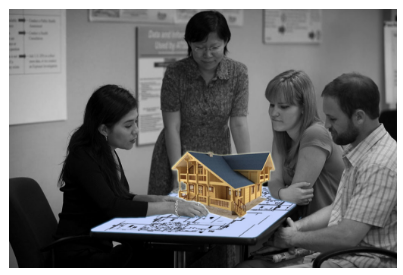 There are signs that the revolution taking place in the consumer web is infiltrating the business web. The latest idea to build upon the Web 2.0 evolution is a mash-up, or an integration of two or more different web services, such as housingmaps.com and craigslist (an online classified service) that displays results on Google Maps.

And, according to Marc Benioff, the CEO of Salesforce.com, a mash-up is one of 10 tenets central to the growth of software as a service (SaaS) as applications and data evolve towards a heterogeneous web services environment.

“This is where the action is now,” he told attendees at his company’s AppForce Day in San Francisco. “On-demand is the future of software and there will be no market left untouched.”

Salesforce.com ignited the market for online applications with its hosted sales force automation tools. That expanded into a full customer relationship management (CRM) suite, but Salesforce’s ambitions do not end there. It recently severed the link between its CRM product and its AppExchange platform, which hosts and distributes customisations, add-ons and whole new applications. Independent software vendors can now sell to any customers through the platform, not just those subscribing to Salesforce’s services.

From 70 applications at its launch in January 2006, the AppExchange library has grown to 250, of which 75% are produced by third parties. So far there have been 100,000 trials, with 8,000 clicking the eBay-inspired “Buy it now” button to buy the application.

To some extent, Salesforce has bowed to criticism of its initial plan to make users of other applications on its platform sign up for CRM services they did not want. But Jim Steele, Salesforce’s president of worldwide sales and distribution, says the move is also part of the “overall vision to move [customers] from on-premise to on-demand… Any app that requires collaboration and leverages the Internet can and should be run on the AppExchange platform.”

A large part of Microsoft’s success is due to its vast partner community and Salesforce hopes to stimulate a similar ecosystem, dubbed the “business web”. One promising example is UK software vendor Clicktools, which has over 80 paying customers for its enterprise feedback management tools. One online reviewer describes Clicktools as the “first killer app for the AppExchange”. The company has seen its customer base grow by 25% since the AppExchange went live, of which 90% are in the US – an area previously out of reach.

And it is not just small companies that are joining the AppExchange. Business Objects, one of the largest providers of business intelligence software, uses the platform to make its Crystal Reports product available within the Salesforce environment. Informatica and Adobe are also on board. Google, the subject of many inward comparisons by Salesforce executives, is yet to make an appearance, but Steele says any user could create a “mash-up” to integrate the two, thanks to open web services standards.

So how viable is Benioff’s claim of the AppExchange becoming “the iTunes store of enterprise applications”? Online services such as the word processor Writely, recently acquired by Google, and spreadsheet programmes iRows and NumSum offer new kinds of collaboration, but are seen as being more suitable for consumers and small businesses who do not require all the features of Microsoft Office, than larger organisations.

“It is going to take time,” says Kendall Collins, vice president of product management at Salesforce.com. “Smaller companies have fewer barriers to trying new things and to test innovation. But we are starting to see traction across enterprise customers.”

Indeed, lower licence and maintenance fees, and the ease of implementations is attracting the interest of the larger corporates, according to a recent survey by management consultancy McKinsey. “Contrary to some expectations, the acceptance of this [SaaS] model isn't limited to midsize companies with understaffed IT departments; some very large enterprises are among the earliest adopters,” say McKinsey analysts.

US bank Morgan Stanley, for example, purchased 400 seats to run its recruiting software on the AppExchange. Other large customers include chemicals giant DuPont, investment bank Merrill Lynch, phone maker Nokia and chip manufacturer AMD. And IT consulting firm Accenture is also recognising that a shift towards SaaS can help both its clients and its own services, bringing companies such as oil giant Chevron to Salesforce.

Accenture’s head of CRM, John Freeland, was initially sceptical but was won over to the model by a series of big customer wins for Salesforce. So convinced, in fact, that Steele managed to poach him to his executive team and Freeland, now president of worldwide operations, acts as Salesforce’s ambassador to the systems integrator community.

Yet to a large degree, AppExchange’s customer successes are limited to departmental solutions where popular applications such as human resources and payroll systems or selling management software are being tested. DuPont has 500 salespeople using Salesforce’s CRM application, a figure that pales in comparison to the remaining 10,000 DuPont employees still using SAP’s CRM system.

And herein lies the problem: the architecture stack in many large organisations is dominated by the likes of IBM, Oracle, SAP and Microsoft and it is not easy to dismiss the substantial investments made towards building these systems.

“Other software players have deeper pockets, and will try to enter the market if Salesforce.com looks to be succeeding,” says Ovum analyst David Bradshaw. “Indeed, if Salesforce.com established a substantial market, these players would have no choice but to enter it.”

This could be the Achilles heel for Salesforce because unlike the major IT vendors, it cannot offer an alternative to its service. If SAP’s customers tire of paying a monthly subscription fee there is the option to migrate back to a more traditional SAP (or other) software offering. But while welcoming wider recognition of the on-demand model, Steele says Salesforce’s new, larger competitors fail to understand the changes required not just to their technology but to their business model. “It’s not about how much money you’ve got, it’s about DNA.”

Yet Salesforce’s best asset is still its CRM application. Executives hope this “Trojan Horse” will demonstrate the benefits of SaaS and bring customers to the AppExchange for more on-demand applications. “When they were initially buying us, many customers didn’t think of us as a platform,” says Steele. “Now they are asking themselves, ‘We have the CRM part, where else can we leverage this app?’”

The strategy is paying dividends: Salesforce has sold over 444,000 end-user licenses to over 22,700 customers. It would appear that many organisations are heading Benioff’s call: “We’re in the Internet era now. Let’s use it.”