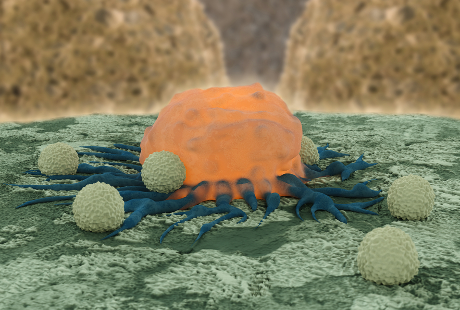 The open source model is not just a way to share free code.

Good software encapsulates expertise and experience, allowing the user to perform some action better than they could before. An open source software project can, therefore, be a way to share and build knowledge.

The Free Diagnostic Pathology Software Project is proof of this principle. The project offers free access to improved workflows and reporting practices for analysing cancer cells, developed by the NHS, through an open licence.

That could lead to a measurable improvement in the cost and effectiveness of cancer diagnosis, all around the world.

The project did not start out with such an altruistic goal in mind, however. Indeed, it was not even an IT project at first.

It began with an initiative, instigated by the NHS Improvements body, to modernise pathology testing by applying the principles of Lean and Six Sigma, that emerged from high tech manufacturing.

"Our processes aren't that different from industries such as car manufacturing or aerospace," says Dr Fred Mayall, consultant histopathologist at Musgrove Park Hospital in Taunton, where the project began. "We have a relatively complex, technology-based process that has a very low tolerance for error."

The idea was to look at the workflow within the pathology lab and identify areas for improvement.

"We didn't set out to change our software, some of which dated back to the 1980s," recalls Mayall. "But every time we tried to change the process, someone would say, 'You can't do that because the computer won't let you'."

For example, one process ripe for modernisation was the way in which scientists would request specialist "stains", tests to detect specific antibodies on a cell surface. Researchers would simply write a request on a slip of paper, and put it in a box. Someone else would later pick up the box, and write all the requests in a ledger.

"We thought, this is ridiculous," says Mayall. "Look the duplication, look at the turnaround times! How can we analyse what's being done? Let's scrap that and do it on the computer."

"Well, it turned out you couldn't do it on the computer."

Mayall's first thought was to replace the lab's various paper processes with shared Microsoft Excel files. "It soon became apparent, though, that there would be issues with people trying to edit the same cells at the same time."

He turned instead to database management program FileMaker. "I've got some experience with FileMaker myself, and it turned out we already had a FileMaker server in the hospital for HR purposes."

Mayall managed to build the new processes in FileMaker himself. This included new paperless workflow processes for the laboratory and some pre-built pathology reports that meet the standard requirements of the Royal College of Pathologists and the International Collaboration on Cancer Reporting.

The project has significantly improved the test reporting process, says Mayall, although the software is only one part of that. "We went from 40% of cases being reported within seven days up to 70%," he says. "That was in spite of a 20% increase in workload over the period."

But the master stroke was to publish the FileMaker customisations online under a GNU licence. This means doctors all around the world can adopt processes that Mayall and his colleagues developed, all for the cost of a FileMaker licence.

A free trial of the software has been downloaded around 420 times, Mayall says, and about half of those downloads have gone to become production deployments. The majority of the interest has come from the UK, US and India, but it is being used everywhere from Brazil to Malaysia.

The nature of the GNU licence means that if anyone adapts or enhances the software, they must share their adaptions with the community. Mayall hopes this means hospitals will build their own templates for cancer tests that Musgrove Park does not use, or translate the software into different languages, and feed it back into the project.

"We're trying to encourage other people to improve their practice and do things more efficiently by giving them a template that they can adapt and craft to their specific needs," Mayall says.

"We hope that more people will use it and the world will be a better place, at least in our little field of diagnostic pathology."