Oracle to partner with Microsoft 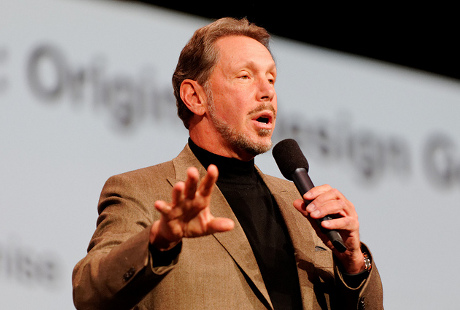 Oracle CEO Larry Ellison is set to make a series of “startling” announcements around Oracle 12c on Monday, including partnerships with big-name software as a service (SaaS) and infrastructure companies in the cloud, he revealed to Wall Street analysts during the company’s quarterly conference call yesterday.

Ellison said that companies including Salesforce.com, Microsoft and Netsuit will be ”committing to our technology for years to come,” in partnerships that will “reshape the cloud.”

Details of the partnerships have not yet been revealed but it is being speculated that Microsoft and others will be upgrading to Oracle 12c, the company’s new cloud-based computing platform launched last October, having used Oracle databases for several years.

Microsoft and Oracle have partnered many times before, but Microsoft has their own cloud technology, as well as directly competing with its own SQL Server in several markets.

While initially hesitant to shift to the public cloud, Oracle launched its cloud offerings after a wane in software license sales and online subscriptions. Oracle’s stock plummeted nearly 10% in their third quarter of 2013, with quarter four results released yesterday also falling short of expectations. But Oracle claims its investment in the cloud has given it a much needed boost.

“Our success in the cloud is significant and undeniable,” said Oracle president Mark Hurd.

“Our cloud now runs well over $1 billion run rate, and is bigger than both Workday and SAP combined in the cloud. We are clearly the second largest providor in the SaaS market with more than 130 Fusion customers that are live in production today. We have 70 petabytes of storage in seven countries, more than 7.6 million users and 16.5 billion transactions per day."

Oracle expects 12c to be the "foundation for a modern cloud" with multi-tenancy capability at the database layer for more economical data management on a smaller number of servers.

Hurd and executives from Microsoft will be addressing the press in a teleconference on Monday to make the promised announcements.