Our electric friends: will robots be more transformational than cloud computing? 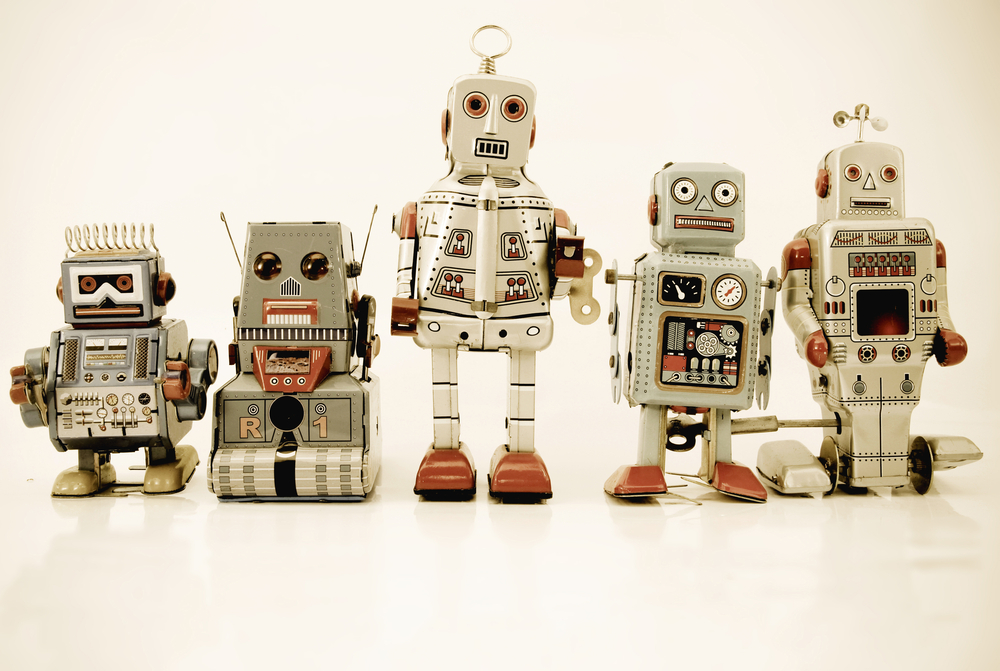 Robots have a strong hold on our imaginations. It’s a fascination that has been around for a long time, and is perhaps something that has derived from an entrenched fascination for technological advancement, the unknown and indeed the future.

Key characters in cult films like Star Wars, the Bicentennial Man and The Terminator have of course all played a big part in developing this intrinsic interest of all things robotic.

Yet films like this are often guilty of trapping robots in the sci-fi world of the future, where in reality, they have actually been in our daily lives for some time now. Cars, washing machines, vacuum cleaners are all examples of robots that take hints from humans about what needs to be done before ultimately using sensors to decide what different motors should do.

So how does this all tie into BPO? Well, if you are part of an organisation that uses labour on a large scale for general knowledge process work, the chances are high that you will be familiar with the term robotic process automation (RPA).

While various definitions of RPA can be found online, it is, simply put, a software based automation tool that allows for significant productivity gains. Contrary to common belief, RPA is not a physical robot and nor is it used to replace humans.

What it does do, is mimic human behaviour to perform rule based transaction processing, for example, logging into and collating data from multiple applications, without the need for interface requirements.

While RPA may eliminate the need for humans to perform certain manual and repetitive jobs, this is not to say that robots are going to replace humans. This is a common misconception.

Far from being a technology that will take away our jobs, this is one that will help release the shackles of the mundane, leaving us free to create value in new ways.

As Andrew McAfee and Erik Brynjolfsson, authors of The Second Machine Age explain, 'the world is not ready to give up on human labour. Humanity is entering a second machine age. The first, spurred by the industrial revolution, was mechanical; this one is digital.

The first augmented our muscles; the second, our minds.' This is precisely why it is being used today by a number of leading businesses across multiple industries, as part of broader strategic transformation programs, to help streamline operations, reduce costs and ultimately drive revenues.

A second misconception is that RPA is a new business innovation; after all, it relies on cutting edge technology. Right? While plausible, actually, this is also wrong.

Any BPM practitioner with a sense of history knows that RPA has actually been around for a long, long time. Inbound call centers have been using Interactive Voice Response Systems (IVRS) for years, for example.

These systems have been set up so that robots can guide customers, accept key tone or voice-based responses, and pass on instructions to the underlying application to complete a transaction.

> See also: Robots to the rescue: how artificial intelligence will impact cybercrime

The business benefits from RPA are undoubted and many today are embracing the second machine age. Findings from The Everest Group confirm this, with RPA tools being claimed to have helped to drive savings of up to 65%, in comparison to offshore-based FTEs.

This is all well and good, but 'how exactly can my business benefit from RPA?' I hear you ask. The answer to that question is actually a simple one, and this list has been designed to uncover some of the key benefits that RPA is offering enterprises today:

Driving greater accuracy: Robots are 100% accurate. They can be used to carry out simple processes more accurately than humans can, allowing us to create new value and innovate into new areas.

Allowing for cost reduction: Software robots are typically at least one third the price of an offshore FTE.

The simple fact of the matter is that organisations expect RPA to drive profitability and productivity gains and its ability to automate a number of human steps in achieving this makes it one of the most exciting developments in Business Process Management (BPM) in recent history.

Some experts believe it to be even more transformational than cloud computing. If the old business adage is true, that there is nothing as powerful as an idea whose time has come, then the future bodes well for those who embrace RPA, as the time for RPA-powered transformation is clearly now.