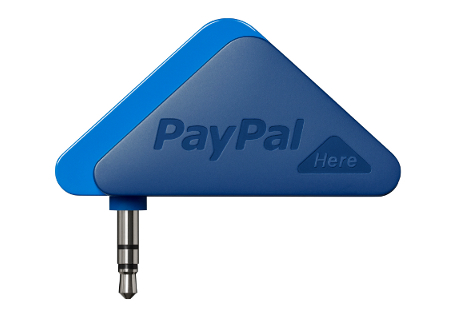 PayPal has announced plans to launch a mobile payments device, which allows business to process Chip and PIN card payments on a smartphone, in the UK later this year.

Unlike comparable systems from Square and iZettle, which plug directly into the smartphone, the PayPal Here card reader uses Bluetooth to connect to the phone. UK-based card payments company mPowa offers a similar Bluetooth-driven system.

After downloading a dedicated app onto their Apple or Android device, merchants can use their smartphone as a PIN entry device. The customer enters their PIN on the smartphone and touches a confirm button on the app to process the payment.

Businesses will pay a one-off set up fee, and then PayPal will take a cut of every transaction. Exact costs will be revealed when the device is launched in the UK this summer.

Commenting on the news, Ovum analyst Eden Zoller said the UK is the "logical place to start" in Europe as it is PayPal's second biggest market outside the US with 18 million active users.

"PayPal has taken pains over the PayPal Chip and PIN device, which was designed and built in the UK and over a year in the making," he said. "But it will come with a price tag and this will need to be competitive given the solution is meant for small businesses."

"PayPal says this will be the case – it is not looking to make money from the device itself," Zoller said. "Mobile credit card reader solutions appear to address a genuine need in the market – an easy and convenient way for small businesses to accept card payments without having to invest in costly credit/debit card processing equipment."