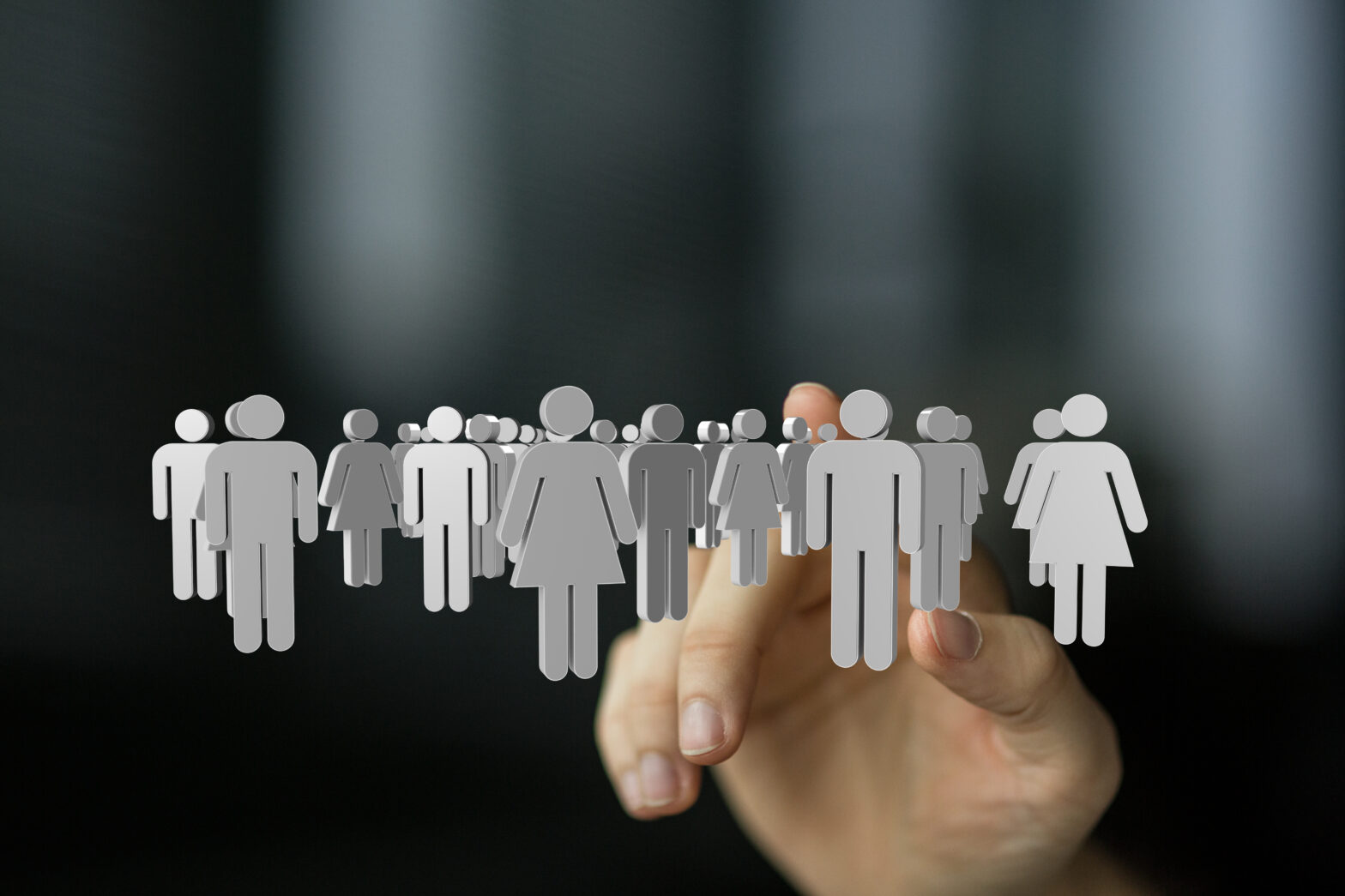 Standing side by side on a New York stage, not even the blinking flashbulbs of the press photographers could wipe the broad grins from the faces of Carly Fiorina and Michael Capellas.

The CEOs of Hewlett-Packard (HP) and Compaq were buoyantly unveiling the largest takeover in the history of the computer industry. But behind those smiles of two years ago, the two chief executives knew that the odds of a successful merger were stacked against them. “The jury is still out on this one,” said one Wall Street analyst at the time. “They have two years of no growth and a massive integration task ahead of them.” Capellas would have felt the risks most keenly. He knew that Compaq had been down the mega-merger road before, with Digital Equipment and Tandem, and those journeys had spun out of control.

Unsurprisingly for a couple of technology companies, software played a critical role in HP and Compaq’s attempts to avoid a repeat performance. That software, under the newly coined label of ‘human capital management’ (HCM), helped HP managers to rapidly absorb the new workforces into the fabled ‘HP Way’.

From the outset, HP’s HCM system, based on technology from a variety of suppliers including PeopleSoft, Vignette and HP itself, was able to communicate huge amounts of information to its newly acquired workforce – everything from a product roadmap to the names and biographies of the new management team. “Day one for the new HP, we were delivering consistent, comprehensive messages to 141,000 employees plus contingent workers in 162 countries in every time zone. We had ‘playbooks’ available for all customer-facing employees. In five weeks, we had trained 20,000 managers,” says Steve Rice, HP’s human resources (HR) president for the Americas. Over time, records of the skills of the vast numbers of former Compaq workers were gradually added to HP’s system. That made it easier for managers to target resources, categorise skillsets and even, potentially, identify areas of overlap where cutbacks could be made.

Two years on, and while there have been occasional rumours of discontent and turf wars emanating from the new HP, executives say the integration of the two companies could have hardly been better handled.

That merger was one of HCM’s biggest tests and one that it seemed to pass. It also signified a breakthrough for the next generation of people-centric software.

First, in the 1970s and 1980s came the bedrock of payroll and personnel software. Then in the 1990s there was the broader base of human resources (HR) software – aimed squarely at the HR department. As an adjunct to that came self-service HR – automating administration tasks by getting the individual to input data via the web – and employee relationship management. And, most recently, came HCM – a super-set of these and a number of related technologies including HR, e-learning and knowledge management, designed to get the most out of the company’s most precious assets: its people. Theodore Schultz, the late Nobel prize-winning economist who pleaded with managers to do a better job of recognising the potential of their ‘human capital’, would doubtless have approved.

Estimates of the size of the HCM market vary from hundreds of millions of dollars to several billion dollars. Part of the problem is that HCM is a difficult market to track and categorise. Market analysts say there are at least 50 significant software suppliers that can realistically lay claim to an HCM expertise – often from very disparate backgrounds. There are suppliers from the enterprise resource planning market (including SAP, Oracle and Lawson Software), professional services automation (Primavera and Changepoint), labour/workforce management (Kronos and TempoSoft), HR (PeopleSoft and Rebus) and employee relationship management (Siebel Systems), to name only a few. And Microsoft, as always, looms large in the background.

“There’s no consensus, so everything but the kitchen sink ends up in there,” says Monica Barron, an analyst at AMR Research. Workforce analysis, planning and scheduling; employee performance management; knowledge management; training; employee skills databases: some or all of these could be implemented in an HCM system, she says. But rival vendors do seem to be able to agree on two things, at least. First, their products need to target employees and managers, rather than the HR department. And second, the focus of the applications has to be on performance and productivity rather than merely on automating existing HR functions.

An AMR survey points to strong demand for HCM products. It found that almost 90% of companies were planning to roll out some sort of HCM project by the end of 2003, while 70% had at least one ‘major’ HCM initiative in the pipeline. Particular ‘bright spots’ were found to be technologies aiding with workforce acquisition, incentive management and workforce optimisation.

Experts point to several drivers for HCM technology today, including growing merger activity and a raft of new corporate regulations that is compelling organisations to more closely track the actions of their workers.

Yet simply cutting down on wasteful processes would be reason enough for most IT buyers to look at an HCM system, say analysts. Operations managers can spend up to six hours a week manually planning how to schedule their staff over the following week, according to a report by Chorleywood Consulting. By using an HCM system, that time could be cut from six hours to less than two hours. Moreover, by using resources more effectively, an HCM system might help to reduce overstaffing on some projects by 80% and understaffing on others by as much as 50%, says Chorleywood.

“Managers have always intuitively believed that their employees generate value for the organisation,” says Keith Rodgers, one of the co-founders of market-intelligence company Webster Buchanan Research. “Maximising the value of those assets is key to business success, which is why human capital management – the strategy of acquiring, retaining, managing, measuring and leveraging human capital – is appearing on many boardroom agendas.”

Key HCM suppliers such as SAP, Siebel and PeopleSoft maintain that the technology can reduce the complexities of managing the workforce effectively. “Good managers are going to spend 30% to 60% of their day with people,” says Doug Merritt, vice president and general manager for PeopleSoft HCM. “They’re going to be reviewing people, changing assignments, interviewing people, ensuring the right people are in the right place at the right time. What’s forcing line managers to get more excited about software is the complexity of these basic processes is going up dramatically. The number of people you have, their different competencies, the different project tasks to be focused on, with constantly shifting objectives and economic environments: these are all making it much more difficult to wing it with your people management than you could before.”

Of course, almost every organisation of any significant size has some kind of HR system. But, in many cases these have never fulfilled their potential. Early generation workforce management systems were often too difficult and time-consuming to master and were often imposed on managers by top-ranking people who knew little about local staff management.

The older systems had other shortcomings. “They were pretty much focused on ensuring certain processes were done more efficiently or took account of new legislation,” says Mike Friend, an analyst at IDC. “They were less to do with workforce analytics than with supporting specific processes in the HR function.”

One significant break from the past has been the introduction of web and portal technology, which has made it far easier for managers and employees to access key HCM information online. “The web has enabled us to have a really simple interface that hides complexity from the user,” says Chris Manton-Jones, UK managing director of TempoSoft. “One of our customers is Office Depot. It has over 1,000 stores but adoption of the system is voluntary for employees. Nevertheless, well over 90% of employees use it, and none of them have a great history of IT literacy.”

Donald Taylor, strategic alliances director at skills management software developer InfoBasis, says that obtaining strong user buy-in is challenging, but not impossible. “It’s down to the individuals and the managers,” he says. “If it’s just another ‘bloody HR exercise’, they’re not going to do it.”

Taylor says that managers have to find ways to encourage their colleagues to participate the HCM project. “Make it worthwhile for employees to tell the system how good they are in particular areas and let that determine what training they get and the positions they get in the future,” he says. “If all that happens is they give themselves a ‘2’ in a particular area and a manager agrees, that would be a sad exercise. But if the manager then asked the employee to get up to a ‘4’ by the end of the year so he could go to the Paris office, the whole thing would be worthwhile.”

Ultimately, he says, the key to the success of HCM systems is implementing the right business processes to take advantage of the system’s functions. That, too, is easier said than done. But for companies to extract competitive advantage from their workforces, they will have to rise to the HCM challenge, or risk being left behind.