Peregrine to emerge from Chapter 11 in August 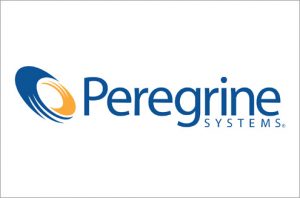 14 July 2003 Peregrine Systems will emerge from Chapter 11 bankruptcy protection in August after agreement was reached by creditors and stockholders on a plan of reorganisation.

The reorganisation plan had originally been filed by the asset management software company in January and approval had been expected by April. However, stockholders had been dissatisfied with how little they would receive as a result of the reorganisation.

The plan will nevertheless give bondholders 63% of Peregrine’s stock, while one-third will be shared between shareholders and “certain securities claimants”. The remaining 4% will be divided between the two based on the resolution of various claims.

“Peregrine has worked diligently with all our stakeholders to ensure they receive fair and reasonable treatment in Peregrine’s reorganisation,” said CEO Gary Greenfield.

Peregrine was forced to file for Chapter 11 bankruptcy protection in September 2002 after an accounting scandal was uncovered, which had inflated revenues by $509 million between April 1999 and December 2001.

The scandal was brought to light by auditors KPMG, who replaced Arthur Andersen when the discredited accountancy firm imploded. A number of senior executives were subsequently arrested.

The scandal involved a ‘channel stuffing’ exercise in which software was given to resellers who were told that they owed the company nothing until they sold it. The transaction was nevertheless booked as a sale.

Both have agreed to co-operate with investigators.