Skip to content
Home » Sectors » Government & Public Sector » In the public eye: how Atos is helping change the face of government IT procurement

In the public eye: how Atos is helping change the face of government IT procurement 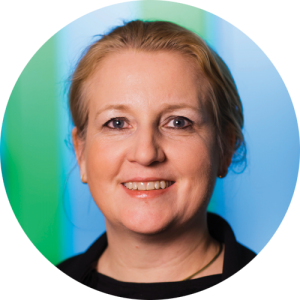 There's been a lot of negative press about the British government's cloud-first IT outsourcing strategy, and how it hasn't taken off as planned. What's your assessment of how UK public sector procurement is doing compared to the rest of the world?

I actually think the UK government is fairly advanced in outsourcing IT, and driving the digital agenda. In my view they're ahead of their continental counterparts – my impression is that the UK government is fairly advanced in its thinking. They often lead the way with tech trends before they hit Europe, and the cabinet office drives change such as the use of SME's for digital cloud services.

It's our choice and our responsibility to react to that, so we've been working with the cabinet office since 2010 to help them adjust to the changing world of government procurement. We've responded in several ways, working in a fair number of departments – the Ministry of Justice was the first big department to make a change, and now it's spreading out.

With the tower model you have an intregrator sitting across a tower- whether that's the network tower, the data centre tower, or the end computer tower. In the past we had one contract with a big department, delivering all services. Now we have to specialise and say 'well we'll do the end user computer, or the application management', instead of having an end-to-end IT department.

> See also: With just under 100 days to go, will public sector IT be put on hold until the next election?

The reason why is that the cabinet office is driving commodisation, saying that the government will benefit from standardisation. Their other edict is they want to break up the big IT contracts beyond £100m- they are a dying breed. They're splitting up the big contracts, so companies like us will have to specialise, and of course it allows smaller players to bid for contracts, so you don't need a monopoly of companies our size. The intention of the cabinet office is to give more choice and allow midsize companies their turn.

So how is the UK government coping with all this change to IT procurement so far?

It's too early to tell how it really will play out in the market, because it's just a start, and there are such enormous challenges to overcome. This model definitely puts more responsibility onto the integrator and the department itself, because they're managing multiple vendors in their departments.

It's not flawless in anyway- delivery in a public sector is a high risk activity and can lead to IP failture. What I think is special about government is that it's got very unique challenges- the size of contract, and the uniqueness of the system makes it particularly challenging. If I want to reduce the scope of an implementation in the private sector, I just say 'no you won't get that function or feature.' But if I'm a civil servant, not only do I have a wider range of requirements and demands because I have citizens to consider, sometimes policy changes require their own timeline and government IT departments have to react.

Security also drives cost. It's such a wholly different environment to commercial IT. you have the privacy and security of citizens to think of – and of course they're big and complex and they play out in the press because it's in the public interest.

Where do you see Atos's role in all this?

For us it's end user computing that's one of strongest areas. Gartner sees us as one of top quadrant leaders for this, not only in the UK but Europe as well. I think we're ideally placed to push the SME agenda, because I started life in a software startup in Germany. Providing that kind of startup level innnovation is key, and I can build long term relationhsip with smaller software companies. I know how fragile such a relationship can be, so it's key we have a long term relationship with our partners.

Thanks to to the SME harbour programme, which we set up to encourage smaller businesses to become suppliers to the UK public sector through us, we can protect and look after our partners in a safe harbour.

We currently have over 100 servces on G-cloud. To work on G-cloud you have to change the whole way you sell, educate clients, how they have to buy from G-cloud – something we are working with our clients on how they change their implementation and buying behaviour.

What's next for you in the UK?

That growth will continue at pace. If you think about the digitisation behind every internet or mobile transaction, it's an area with so much room for investment so we're pushing it very hard. We've successfully carved out our payments business worldwide, and we are now number one in Europe.

We're investing heavily to grow our cloud business, Canopy, which is headquartered in the UK.

> See also: G-cloud education is the key to unlocking the potential of framework agreements

We do want to stay very strong in government, reacting to digital transformation and focusing on workplace transformation, helping clients to deliver a modern workplace via digitisation and mobility, helping to become cloud integrator.

Companies will have to deal with the legacy of existing IT with cloud and to help orchestrate and integrate and move our clients to the cloud is the agenda we have in infrastructure operations.

I've talked to our service management community and I thought it's going to be really really disruptive times the next two or three years, but we will all look back and see how the world has changed. To adapt to this we need to really put the client at heart of our thinking, to learn how the world of digital IT is impacting them how can we help them to move into that world together. To a certain extent we are in parallel to them because it's a huge change for them but it's also a huge change for us as a traditional IT outsourcer. We are having to ask how we can both make the journey together, already thinking ahead of how we can operate in this new world.