Pursuing a digital workplace: the challenges and solutions 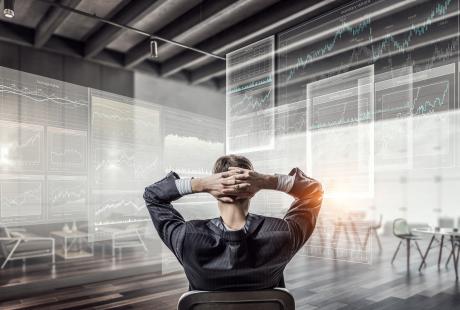 Digital transformation is helping businesses stay ahead of their competition.

In its basic form it is the tight integration of social, mobile, analytics and cloud into every aspect of business processes.

By choosing to move to what is called a digital workplace, organisations now have the opportunity to reimagine not only how to do things, but what they do to generate value, with digital at the core.

In theory a digital workplace sounds like the ideal, but in practice it is a complex journey getting there, so it is worthwhile to see how far some companies have come in their digital journey.

During discussions at a recent digital workplace event, hosted by Avanade, it remained apparent that different companies are at varying stages of this journey, and IT business leaders continue to face challenges in their pursuit of true digital innovation.

>See also: How companies are preparing for smart technologies

Yet many attendees – a range of C-level UK executives – suggested interesting ways to overcome them.

Security: Getting to grips with data, staying compliant and leveraging billions in investment

The threat of regulation and potentially criminal proceedings against company directors is very real. Yet it is notable that even in traditionally risk averse industries, such as financial services, businesses are now moving to the cloud.

Some energy businesses too have been able to commit to a bold vision, a future without the need for their own datacentres or having to follow a hybrid cloud strategy.

This in itself highlights another challenge – classifying data, knowing what information is business critical, private or personal – which sounds far simpler in theory than it is in practice.

Nonetheless, with incoming legislation such as the General Data Protection Regulation (GDPR), the task is becoming ever more important.

>See also: The right side of disruption: why digital transformation is the new kingmaker

Firms have just two years to get to grips with their data, and apply the necessary strategies and information management processes to enable them to stay compliant.

One of the major factors that seems to be helping IT leaders dispel some of the paranoia around cloud security, is the sheer level of investment companies like Microsoft and Google are putting in.

As a result, having an IT environment that’s not accessible remotely or doesn’t use third party servers, no longer means it’s more secure.

From Capex to Opex: Building the business case for a new way of working

One of the most compelling arguments for at least trialling SaaS cloud technology is the low capital expenditure (Capex) required, and the shift instead to operational expenditure (Opex), which enables businesses to spend only when they use.

This is why many startups today can launch with, near enough, the same ability to scale as an enterprise, except with zero technical debt, as Opex does not depreciate.

Businesses and IT business leaders are often engaged in a war for budget – with IT seen as a cost centre, rather than a source of competitive advantage.

However, to see it this way is to underestimate the potential of the digital workplace to act as a multiplier of business value.

For example, in Formula One, every pound spent on IT could be seen as a pound not spent on building a faster race car.

Until you get to the point where instead of analysing performance data from yesterday, you’re analysing it in real-time to inform your live race strategy – and because of that, you take pole, and then first place.

>See also: Why Generation Z is about to take your workplace by storm

The analogy holds true for many industries – information is power, it’s the raw material for creating something new.

The faster you can get it, share it, analyse it and apply it, the more competitive you become.

This is an edge only IT can provide – and one that disruptive startups and internet giants alike are taking advantage of.

For those companies that have won over the accounts department, and committed to modernising their workplace, the next question is how best to do so, given the many stakeholders to keep happy, as well as the need to drive change and keep the lights on at the same time.

Many businesses have moved, or are in the process of moving to Office 365 and benefiting from the remote working options it provides.

There is a clear pattern of transition for those companies still making the leap, and for those that had already landed safely on the other side – evolution.

Beyond the cost savings alone, the key drivers behind the decision – and positioning it successfully when engaging the board – seems to be the simplification and consolidation of a patchwork of global systems.

Being able to deliver a single platform for multiple offices spread around the world, is a compelling message.

It’s also important to revisit and continuously evaluate your roadmap, and ask if the value you wanted to see is being delivered, or if the objectives – or indeed, company policy – should change.

It makes no sense for the future of your IT to be restricted by a decision taken by the legal department, based on how the world was 10 years ago.

Adoption: Once technology has been implemented, how best to incentivise its use

As one of the attendees at the digital event quite rightly stated, “no-one needs a manual for an iPhone”.

Making technology as intuitive and frictionless to use as possible certainly helps deal with a common issue: we’ve got all these tools, but no-one’s using them, or knows how to.

Giving people tools is one thing, showing them what’s in it for them, and how easy it is for them to benefit in a digital workplace, is quite another.

This requires a mix of modern communications and old-fashioned story-telling, and indeed, collaboration between IT and the organisation’s best communicators, which might be found in marketing, or internal comms, or elsewhere.