The Queen’s Speech: a technological revolution? 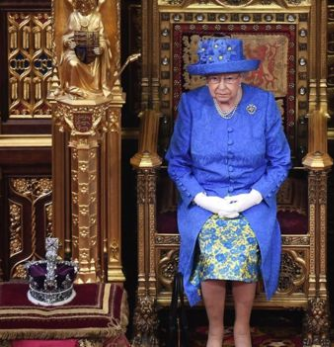 The Queen’s Speech today began with promises to make the United Kingdom a world leader in new industries, including electric cars and commercial satellites.

In her speech, she said that “petrol stations must go electric”, and this priority extends to motorway services. They will both be required to install electric charge points. This forms part of the UK Government’s plan to get more electric cars on the roads, in order to reduce toxic emissions generated from petrol-only cars. It was revealed the government will also spend £600 million to support this growing market for low-emission vehicles.

The Automated and Electric Vehicles Bill aims to place greater emphasis on driverless car technology. One of the biggest barrier to driverless car technology surrounded the question of insurance and responsibility. Under this Bill, car insurance will be extended to automated vehicles “to ensure that compensation claims continue to be paid quickly, fairly and easily”.

Peter Allchorne, a partner at law firm DAC Beachcroft, said the measures were needed: “The pace has been picking up on vehicle automation in the last 12 to 18 months and this proposed legislation comes as no surprise.” But, he added: “Legislation enabling driverless cars doesn’t mean that there will be a universal buy-in overnight. There is still a degree of public scepticism and these vehicles will be expensive.”

This drive is backed up by figures. Government figures suggest that the automated vehicle industry in the UK will be worth £28 billion by 2035. More than £200 million will be invested in testing driverless infrastructure, with the aim of reducing road traffic accidents – of which, 85% involved human error in 2015.

In the Queen’s Speech a new space industry bill was introduced. This will make the UK an attractive place to launch commercial satellites, as well as licence spaceflight and rockets.

The government plan is to secure and enable the UK’s £13.7 billion space industry. The new Bill will aim to make the UK the most attractive place in Europe for commercial space – increasing the UK share of the global space economy from 6.5% today to 10% by 2030.

The government says this legislation would “offer the UK’s world-leading small satellite companies new options for low-cost, reliable access to space”. The overall aim is to “deliver a stronger economy by generating jobs and putting British business, engineering and science at the forefront of this technology”.

Neil Fraser, Head of Space and Comms at ViaSat, which launched the world’s highest capacity communications satellite earlier this month from French Guyana – providing high speed broadband from LA to Istanbul – believes that this investment is sorely needed and that it will bring much needed employment and economic growth to the UK.

“Critics may prefer the UK Government to look closer to home, but investments in space quickly return commercial applications. By looking to the stars, we bring innovation, employment and business growth back to the UK economy. Indeed, space is one of the eight great technologies for UK. It is a dynamic, fast growing sector which employs some of the country’s top talent, as well as contributing to economic growth and other important national needs, such as Earth observation and satellite communications.”

“Whilst the UK has made progress in fibre and terrestrial roll out to pass more homes over recent years, fibre and 4G/5G cannot affordable meet all the needs of the UK’s population at home or when mobile.  Satellite broadband has a role to play in meeting these needs and it is hoped the Government can do more to encourage a hybrid technology and business approach to ensuring the Universal Service Obligation (USO) is both realistic, has growth for the future and can be delivered.  Resilient and available broadband is also a key enabler of enterprise and growth – fundamental to the economy – and in supporting national resilience and security agendas”

Coinciding with the advent of the GDPR, the Queen’s Speech prioritised online safety with the implementation of new data protection rules. In doing so, the UK would maintain its status as a “world-class” data protection regime.

Under new rules, people can demand social media sites permanently delete any personal data they shared before turning 18. The key aims of the proposed Data Protection Bill, which will replace the Data Protection Act 1998, lie in ensuring data protection rules are “suitable for the digital age”, while “empowering individuals to have more control over their personal data”.

The Bill will aim to give people the “right to be forgotten” when they no longer wanted a company to process their data – circumstances mitigating.

It also aims to modernise data processing procedures for law enforcement agencies, while allowing police and the authorities to “continue to exchange information quickly and easily with international partners” in order to fight terrorism and other crimes.

The government also said it would implement the General Data Protection Regulation. The combination of the proposed regulation and the proposed bill will give the UK the “ability to share data with other EU members states and internationally after we leave the EU”.

PwC’s global data protection legal services leader, Stewart Room said “The Queen’s Speech has removed any doubt about the UK’s commitment to data protection. This is a significant move that will provide businesses with certainty on the UK’s intention to meet the obligations of the upcoming EU General Data Protection Regulation (GDPR).”

“For citizens, it confirms that their data protection rights will be fully enshrined in UK law after Brexit. The UK has long been a world leader in data protection – we have one of the strongest regulatory frameworks in the world and our system is highly respected. We can now build on these foundations to ensure the country continues to be a real destination for data-driven business post-Brexit.”

techUK CEO, Julian David, said “This Queen’s Speech confirms Brexit will be the key priority of the next Parliament. It will be crucial that the
Repeal Bill, alongside legislation on customs, trade and immigration, recognises the importance of the tech sector to our economic future. It is right that the Government seeks to achieve the broadest possible consensus on Brexit across both Parliament and business.  This will mean focusing on the future needs of our economy and society.”

“The Government cannot focus on Brexit alone. techUK welcomes measures to radically reform technical education and give people the tools they need for the high skilled, high wage jobs of the future. Invention is in the UK’s DNA so plans to support the space industry and electric vehicles will keep the UK at the forefront of innovation.”

“The tech sector shares the Government’s ambition of making the UK the safest place to be online.  It will work closely with the Government on its plans for a Digital Charter and counter extremism measures.  However, there is a fine line between strengthening protection and over reaching rules that constrain the creativity of businesses and citizens.  Collaboration, cooperation and trust are key to creating a safe and secure digital world.”

“We support the Government’s commitment to maintain the UK’s world class protection of people’s personal data.  This will include implementing the General Data Protection Regulation, the biggest transformation of data protection rules in a generation.  The Government must have a robust plan to support businesses through this process.”