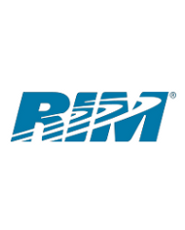 In a statement on Friday, RIM said its global subscriber base at the end of the fiscal third quarter ending 1 December was approximately 79 million users, down from 80 million compared to 1 September.

"Subscribers in North America actually showed the largest decline, while EMEA, Latin and Asia Pac were stable or showed growth," RIM CEO and president Thorsten Heins told analysts on an earnings call. "We are pleased we have been able to maintain a stable subscriber base during this transition year as we head into the launch of BlackBerry 10."

The revenue breakdown for the quarter was approximately 60% for hardware, 36% for service and 4% for software and other revenue, RIM said.

Overall, RIM reported a loss of $114 million during the quarter, or 22 cents a share. This beat analysts’ expectations of a 35 cents loss, according to Thomson Reuters I/B/E/S.

“As we get set to launch BlackBerry 10, we expect competitive market dynamics to continue into the fourth quarter, which will impact unit volumes, subscribers and service fees,” RIM CFO Brian Bidulka said on the earnings call.

RIM is hoping to attract more BlackBerry subscribers and boost sales with the release of its new mobile operating system, BlackBerry 10, on 30 January.

“RIM continued to execute on its product roadmap plans and to deliver on key financial metrics as it gets set for the global launch of BlackBerry 10,” said Heins in RIM’s statement.

“More than 150 carriers are currently completing technical acceptance programmes for the first BlackBerry 10 products, and beta trials of BlackBerry Enterprise Service 10 are underway at more than 120 enterprises including 64 Fortune 500 companies,” he said.