Skip to content
Home » Sectors » Media & Marketing » Is this the dawn of the robot CEO?

Is this the dawn of the robot CEO? 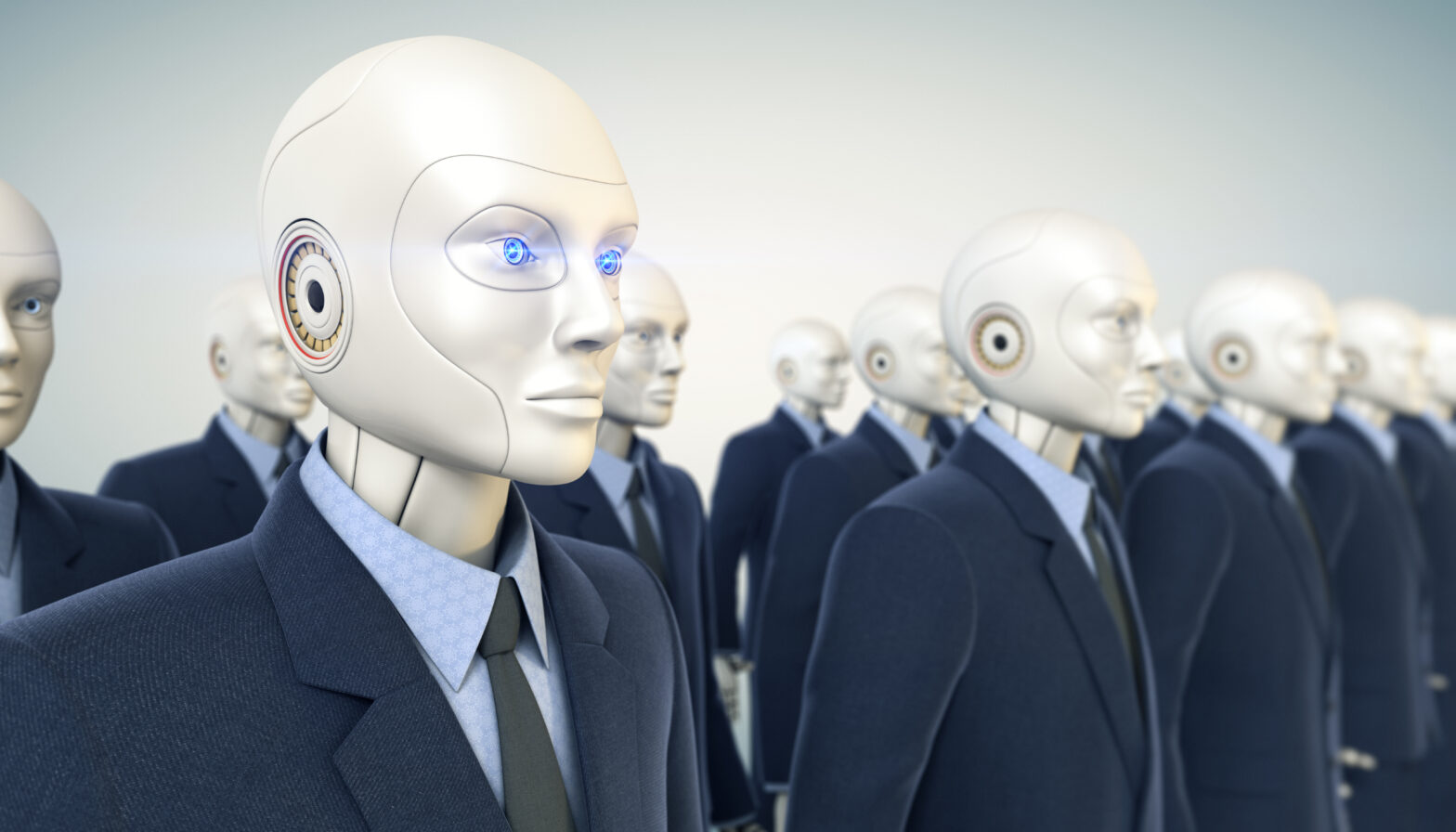 Earlier this year, Alibaba CEO Jack Ma made headlines for proclaiming the imminent arrival of the robot CEO. He told an audience at a conference in China that we are only decades away from having robots run our companies. He backed that claim up shortly after via a television interview with CNN, predicting that, in 30 years, a robot would grace the cover of Time Magazine.

As implausible as that scenario might seem to some, he’s not isolated in his thinking. Earlier this year, SoftBank CEO Masayoshi Son spoke at Mobile World Conference 2017 about the concept of ‘singularity’ – the point at which machine intelligence will surpass our own and start improving itself at an exponential rate – which he predicts will happen as soon as 2047.

In fact, the entire jobs market looks set to suffer from the rise of robotics and AI – results from a report by Nesta, published this month, include widespread predictions that 40 to 60% of jobs could be lost to robotics and artificial intelligence by 2030, as many become automated.

When taking into consideration the advantages that robots hold over their human counterparts – having continuous availability and working without breaks, holidays or even sleep – robot CEOs may seem an attractive prospect to a company board. A human CEO working 16 hours a day, 5 days a week would still do less than half the hours of a robot CEO in 7 days.

Not only that, but the variables to which humans are subject (chiefly emotions) wouldn’t have any bearing on performance. In many ways, a robot CEO would make a lot of sense.

So where does this leave us? Well, if we are to believe the hype, it won’t be long before speculation over the size of the CEO’s salary and bonus becomes irrelevant, and the corner office (not to mention the best parking spot in the building) will be up for grabs. It might not be that bad after all, right?

Well, there are some potential pitfalls of course. Aside from the obvious fact that your new robot boss might lack the emotional intelligence needed to navigate complex people issues, there’s also the issue of vulnerability to tampering, or hacking.

A human CEO can be corrupted by outside influence, but generally they have the freedom to make up their own minds and will face life-changing consequences should their impropriety be discovered.

Robot CEOs on the other hand, could be completely ‘brain-washed’ by cybercriminals. For all of their incisive decision making and their unfaltering commitment to the company’s balance sheets, board and shareholders, a robot CEO could effectively ruin a company in seconds, or – if obfuscation is the game – quietly skim the company of profits in a ‘death by a thousand cuts’ approach.

Kaspersky Lab researchers think the idea of robot CEOs is intriguing, but has some very real concerns about a future where robots are given too much responsibility.

>See also: Is the structure of AI holding back the true tackling of cybercrime?

Cybercriminals go where the money is. That means if the robot stands between them and the possibility of substantial financial gain, they’ll find a way to exploit it. It’s always a cat and mouse game in cybersecurity. We come up with a defence; they find a way around it. It would be no different for a robot CEO.

One example could be a firmware level attack, such as was seen in 2015 when Kaspersky Lab researchers uncovered the Equation Group APT. A threat of such an advanced nature would be very expensive to create, but hard to detect and could have devastating consequences for the robot (and anyone relying on it). Kaspersky Lab researchers believe such an attack, is not beyond comprehension. There are currently plenty of attacks on robots that make critical decisions. Robot CEOs will face the same challenges.