Rolling into the digital age: inside Rolls-Royce’s tech transformation 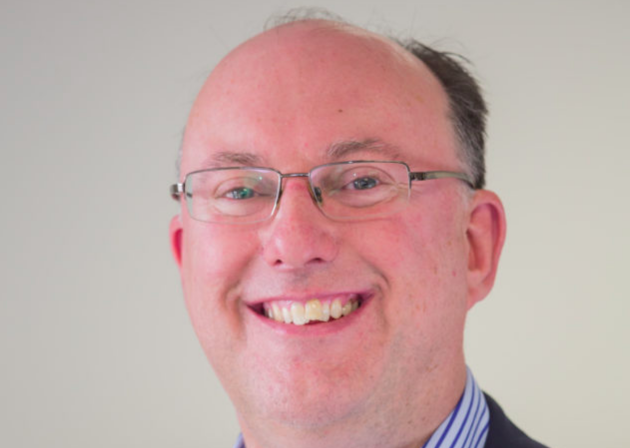 Rolls-Royce is a jewel of the British manufacturing industry – a FTSE 100 company and one of the world’s largest makers of aircraft engines.

With roots going back to the early 20th century, Rolls-Royce has persevered through numerous developments in engineering and aviation over the past 100 years, and today finds itself facing another in the form of digital disruption.

Of the 60,000 people who work at Rolls-Royce, 617 work in the IT department. The structure of IT is reflected in the structure of the business, and since 2009 Rolls-Royce has had a single, central IT organisation.

‘As an IT function, we define IT strategy, create an IT architecture and agree a set of projects, which we then execute flawlessly,’ says John Gibbs, the company’s group CIO. ‘We put them into service, protect the environment, manage risks and ensure we’re delivering all of that with value for money.

‘That’s what every IT function does. What differentiates a good function from a bad function is how you go about doing that.’

Gibbs has worked at Rolls-Royce for ten years, working his way through a number of senior IT positions, such as chief technology officer, IT transformation programme director and IT operations and infrastructure director.

On being appointed group CIO in February, he signalled a ‘revolution’ in Rolls-Royce’s approach to IT – focusing on transforming how IT employees go about doing their job, rather than the projects they work on.

Gibbs’s approach has centred on leadership, professional development, culture and ‘leaning out’ Rolls-Royce’s IT processes.

He has also ensured that diversity is firmly on the company’s agenda.

His first move as group CIO was to put in place a new, diverse leadership team. Rolls-Royce’s global IT leadership team – made up of 14 people – is now 50% female.

‘It’s truly diverse,’ Gibbs says. ‘And the diversity in the team not only reflects gender and race, but also diversity of age and background.

‘I’ve brought leaders into the function to bring business knowledge, and that kind of mix gives you a pretty good insight into what the business is after and what you’ve got to deliver.’

Rolls-Royce’s IT diversity by no means ends there, however. While its leadership team has an impressive gender balance, the rest of the IT department reflects the industry average – around 20% female.

The company’s ambition is to build and sustain an inclusive culture and diverse workforce. That starts with encouraging more young women to consider a career in IT.

With that in mind, Gibbs is determined to do a number of things around the next level down of IT leadership at Rolls-Royce, as well as graduate recruitment. For example, the company is partnering with Tomorrow’s Tech Leaders Today, a technology careers fair attended exclusively by female university students and early graduates.

Meanwhile, the company’s ‘daughters’ days’ and ‘work experience days’ allow young women to gain work experience in IT, including participating in activities across the full IT life cycle and different functional teams.

Initiatives like these are backed by Rolls-Royce’s STEM ambassadors, of which it has more than 600 in the UK, who reach out to schools to encourage selection of science, technology, engineering and mathematics subjects.

Rolls-Royce also actively supports job sharing, career breaks, meeting times that work for parents and carers, and the use of technology to optimise travel and remote working.

Its technology department has successfully helped two of its secretaries into the early stages of an IT career in its project office, and its reputation for developing female talent has attracted senior women from across the company.

‘We ensure that all roles are equally available to women, and that we are flexible in how and when these roles are performed,’ says Gibbs. ‘We also focus on increasing awareness and understanding across our male population so that any unconscious biases are removed and to ensure that we live up to the Rolls-Royce ethical and diversity standards such as equality in pay.’

Rolls-Royce’s technical vision for engineering is to develop world-class products and services for its customers. Inside that, the IT function is focusing on product data and document management; integrated design, simulation and verification; lean engineering; and enabling IT capabilities such as high-performance computing and fast technical engineering PCs.

This IT vision is allowing the company to move towards a completely digital design-and-test process for the aircraft engines it builds. Simulating the fan-blade-off test, for example, has provided more insight, helped the environment and reduced engine development time and costs, as well as the number of physical engines required to be tested.

Rolls-Royce’s digital aspirations spread far and wide. The creation of a digital twin for the physical engine is allowing the company to move from engine health monitoring – which it has done for many years – to the merger of that data and other data on the aircraft to provide value-added services to airlines.

Another example of how digital is transforming Rolls-Royce is in its marine business, where it’s looking at ship intelligence and autonomous shipping – the ability to remove many of the crew from the ship and optimise the ship’s performance.

And Rolls-Royce’s defence business is utilising digital innovation to ensure it can deploy the right assets to the right places that are needed to support the military operations.

Part of the functional strategy is the sourcing model. Rolls-Royce has a mixed sourcing model across the whole IT life cycle. It decides what the important things are to the business that should be retained in-house and outsources the things that are more commodity or less strategic in nature. For example, its enterprise architecture team is insourced, whereas its development and support teams are mainly outsourced.

In terms of cloud, Rolls-Royce decided to have a strategy of adopting it more slowly than the faster movers because it wanted to make sure the data was secure. Now that it’s comfortable that the security is to the level required to protect the data, Gibbs says, it has a cloud-first strategy.

It’s working with Microsoft, for example, to host some of its systems on the Azure platform. And it recently went live with a major Workday implementation that places all Rolls-Royce HR in the cloud.

Another major trend impacting Rolls-Royce’s business and strategy is Industry 4.0 – using connected systems to make better decisions in its factories – and deploying the right standards.

This brings together a number of technologies, such as the Internet of Things, digital workflow, intelligent manufacturing, digital product verification and smart factories, as well as virtual design and simulation.

‘We’ve got multiple projects implementing all the different aspects and elements of Industry 4.0,’ says Gibbs. ‘For example, we’re using adaptive manufacturing and 3D printing to demonstrate the technology’s viability. We’re upgrading our manufacturing systems around the world to bring in higher levels of automation and quality.’

The true benefits of many of these technologies will be realised in the years to come. In terms of short-term achievements during Gibbs’s eight-month reign as group CIO, he points to the improved relationship with IT users at Rolls-Royce.

His team has pushed numerous activities with regard to engaging with IT users at the company, including global employee networks and ‘meet IT’ events to get feedback and discuss personal and business IT issues.

On the technology side, the focus has been on getting the fundamentals in place – from smartphones that can access business applications to the refresh of the basic infrastructure such as PCs and networks, including increasing capacity to handle the future demands on IT and data.

‘We’re also doing the more exciting, leading-edge technologies – for example, in the use of augmented reality that we’re using on our shop floor and with our field services,’ says Gibbs. ‘There are also the transformational programmes that will make the user experience really positive.

‘We’ve launched a programme for major upgrades to our SAP enterprise resource planning, product life cycle management and manufacturing execution systems applications. These will significantly simplify our internal processes and reduce the time and cost associated with doing business.’

Gibbs points to the understanding of the power of IT at board level as one of the real strengths at Rolls-Royce – claiming his team have a ‘huge amount of air time’ to discuss what they’re doing and how they’re doing it.

IT is seen as a core enabler for Rolls-Royce, he says, to drive improvements in its efficiency and effectiveness, as well as adding value to customers and shareholders.

‘I don’t have any issue getting access to the board members to talk about IT,’ he says. ‘Our business is totally dependent on IT, both operationally and in terms of transforming itself, and we’re at the heart of everything they are trying to do.

‘IT is a major enabler for engaging with our customers, delivering additional value to them through the unique insights we can bring. We are seen not only as technology leaders but also as business leaders, helping to shape the future business models.

‘And if you look outside of Rolls-Royce, the IT industry has never been more exciting in terms of the pace of technological change or the permeation across business and society. It’s great to work in IT.’