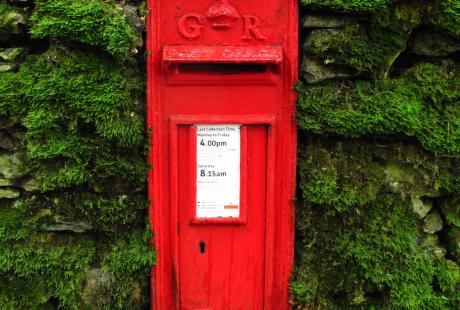 Just over three years ago, Thomas Lee-Warren was given a mandate by Royal Mail to change the perception of big data from something that appeared in reports to something that could change the fortunes of the company.

Three years on, and Lee-Warren is still director of the Data Group at Royal Mail, and the results have seen a digital transformation of Royal Mail’s business operational capability.

In the first 90 days of Lee-Warren’s tenure he set out a strategy of how Royal Mail could actually do what it was intending to do, which was to become data centric in terms of decision-making, and place big data at the heart of its growth and efficiency agendas.

The Data Group is now extensive, bringing together many, if not all, aspects of the organisation. It links up everything from architecture to large programmes that produce data products.

The Data Group is also in charge of platforming, which includes the advanced analytics platform.

This has involved implementing Hortonworks’ Hadoop HDP technology as an integrated data lake that centralises big data from a number of sources.

In terms of these new supports, Lee-Warren tells Information Age, it has worked at the core of some of the Group’s successes.

‘HDF and HDP have allowed us to get hold of our data as quickly as we want to, and we’re starting to explore how we can go closer to the edge – closer to our live operational activities to see how we can start to use big data more efficiently in our operational procedures.’

>See also: Big data vs. the Internet of Things: how the projects differ

Part of Lee-Warren’s strategy was to instigate Royal Mail’s data insight team, which incorporates data scientists and data visualisation experts, as well as a wide variety of other data specialists, in a group made up of 15.

With third-party involvement, the number affiliated to the Data Group can reach into the hundreds.

It is a sign that the Group is an expanding force that has demands coming in from just about every part of the business.

If you now look at the whole Data Group, it’s body has become an agile, efficient and data-centric workforce that has transformed how Royal Mail operates.

One of the major factors behind the Data Group’s success is how the team has implemented a range of technology.

‘In terms of tools and technologies, we have what you would typically find in a large organisation, but as part of my mandate we moved to more agile development processes that we’ve now embedded, especially with the newer technologies,’ says Lee-Warren.

The work the Data Group is doing with Hortonworks DataFlow – or Apache NiFi – allows ingestion of big data rapidly from the many areas across the business. Spark and Scala are extensions of NiFi.

The organisation is using IBM technologies to execute ETL, or data extraction, while third-party specialists, like Infoshare, are also employed.

These help with matching, in terms of bringing lots of large data items together. Teradata is also key in the integration of new products, such as the integrated data lake.

So in terms of data technologies, the Data Group is using many in one way or another. It is the successful implementation of these technologies that has led to improved operational efficiency and growth.

The Data Group has two areas of business focus: operational efficiency and growth. It is seen as a vital component in Royal Mail’s growth agenda.

It also works across the business in operations, to make sure that operations have got the data that allows them to become a more efficient entity.

Equally, it’s producing churn models – in an attempt to cut down on customer attrition – for other parts of the business, such as Parcelforce.

These churn models are helping more core parts of the operation to be able to identify where churns, or customer dissatisfaction, are more likely to occur.

Lee-Warren believes that they have achieved equal successes in terms of operational efficiency and growth: ‘We have equal focus, and the one thing that is 100% across all of it is our ability to provide insights that were otherwise invisible to our business leaders.’

Providing insight into operations is of vital importance in achieving an internal digital revolution. This insight also helps to build core products for the data services group.

There is room for improvement, however, conceded Lee-Warren: ‘With a business the size of ours that is the foreleader of delivering parcels and letters throughout the UK, there’s a significant efficiency gain to be had.’

Indeed, Royal Mail is on the cusp of its digital, data-centric transformation. ‘Watch this space,’ he says. ‘In a year or so we will have some exciting stories to tell.’

The Data Group is involved in pretty much every aspect of the business, whether it’s facing off with the substantial parcel transformation programme, or just general BAU operations, or more emphatically dealing with its new data science capability.

‘We have more work than we could possibly do,’ comments Lee-Warren. ‘It’s a question of making sure that we are very focused on ROI and making sure that we’re working very closely with the business to focus our scarce resources.’

So, although it’s quite a big group, it has demand coming from just about every part of the business. The biggest challenge, Lee-Warren reveals, is making sure that they remain focused and that they have ‘a good balance going after exploratory ideas, as well as exploitation of the assets we’re building’.

The Group has lived up to the challenge, and in recognition of this balance it was awarded the Chairman’s Award for Innovation. It is important to carry this motivation into the future and continue to focus on delivering results by using data to enhance the business’s performance.

There are other factors, however, that could destabilise the advancing Data Group, and these must be given as much importance as utilising data to improve the business.

It is imperative when dealing with such a vast amount of personal data to keep it safe – even more so with resulting fines from the GDPR in 2018 – and security systems must be proportional to the threat of a cyber attack.

‘We’ve instigated some very tight controls around the protection of our data,’ says Lee-Warren. ‘Data is confined to certain areas, especially if it’s PII data. We have tight controls over who is allowed to access the data, and under what conditions.’

With increased access to data comes greater risk of that data being vulnerable to cyber attacks.

However, Lee-Warren doesn’t share this view, telling Information Age that pooling such large amounts of data together makes it easier to protect, ‘because you’re bringing all the data to a centralised area where you can actually apply greater protection, whereas it can be disparate across the organisation’.

The speed and the manner in which the Data Group was achieving results turned heads at Royal Mail, including that of chief executive officer Moya Greene.

The reason for these impressive results was a notion Lee-Warren says he pioneered: the super programmer.

‘It’s really about cultivating individuals who are able to go and talk to the business, understand what their needs are and how their business operates, and then go back to their desk to start investigating the data, and cut code,’ he says.

Typically in large organisations these types of processes are executed through a number of different people, and confusion can occur.

These issues were a big part of Lee-Warren’s plan to introduce the idea of the super programmer to Royal Mail’s Data Group, due to the amount of time lost by a number of people just trying to get hold of data.

He draws a loose analogy regarding the gathering of water in Africa, where in some areas people spend 95% of the time getting the water, which means they only get 5% of the time being industrious with that water.

A lot of organisations are experiencing the same thing with business and data. They spend most of their time trying to find and retrieve data, and not enough time using it: only 5%.

The installation of the Data Group into Royal Mail’s infrastructure has revolutionised the operational efficiency and growth of the business.

The improvements underlined by the move to being a data-centric business are impressive, and more organisations should follow Royal Mail’s example and adopt this approach.

In this regard, Lee-Warren’s Data Group will continue to do what they’re doing.

However, moving forward he tells Information Age that the products they are building should be for the wider industry.

The Data Group’s ambition is to follow the business model of something like LinkedIn, where they’re trying to come up with products and move into the commercial space.

‘We don’t want to be seen as just technology geeks, but very business-minded individuals who are also very good at technology.’