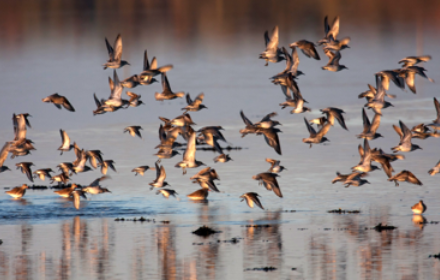 Founded in 1889, the Royal Society for the Protection of Birds has always had a scientific bent.

Its conservation experts analyse statistical data to understand the UK's avian population and according to Rob George, head of supporter insight at the charity, that empirical approach has rubbed off on its management culture.

"It is expected that most decisions we take will have data and some decent statistical analysis behind them," he says.

This is as true of the company’s supporter insight department, which collects, processes and analyses data about volunteers and donors, as anywhere else. "Evidence and insight play and increasingly valuable role in both our strategy and our operational decision making," George explains.

As the role of evidence and analysis grows, so too does the division data management workload, he says. "It means increasing the variety of data sources, improving the data quality, making sure that the data are as recent as possible and streamlining the data management processes."

Two years ago, RSPB decided that it needed to improve the availability of data management expertise to the support insight team. It therefore moved what were previously IT roles across into the division, creating a dedicated supporter data management team.

"This instantly improved the quality of the data we were dealing with," says Andrew Oldham, who leads that team.

"Previously, there was one team how was responsible for putting the supporter data into our systems, and another team who were responsible for using the data for communications," he explains.

"At the time, once the IT team got the data on the system they didn't care anymore," Oldham says. "But by joining the two teams up, there is shared ownership. If something goes wrong, then the whole team takes responsibility for fixing it."

George says that the move reflects a growing realisation that for value to be extracted from data, technical skills must be closely partnered with the business.

"There's a greater move towards data management and analytics being situated where the core business value lies," he says. "To do that well, understanding the shape of the data structure and how it is used to service the customer is important."

He adds, though, that this unofficial, 'devolved' approach to IT is not all that unusual. "If you think about the way web teams work, with infrastructure managers, developers and editorial all working together closely, then I think a lot of organisations already have devolved IT. They just don't think about it like that."

The ability for the supporter data management team to exist outside of IT has been enabled by cloud computing, to a certain degree.

The team recently upgraded its batch processing solution, from Redwood Software's Cronacle system to the same company's cloud-hosted RunMyJobs service, and successfully migrated between the two in just 13 days.

"That was just 13 days for non-IT people, which I think is a testament to the ease of transition provided by Redwood," says George.

The new system also allows the data management team to check on the progress of batch jobs from their smartphones, via an app.

This came in handy in January, when the RSPB ran its Big Garden Bird Watch weekend, which encouraged members of the public to tell the charity what birds they could see in their garden.

"It was a very busy weekend for us, but we noticed that one of the overnight batch processes had got stuck," explains Oldham. "Using the app, the data management guys were able to kill off that job and start the chain again."

As that implies, the data management team are checking their smartphones over the weekend to make sure everything is working. Again, this is testament to the fact they now have a vested interest in the smooth running of the charity’s supporter data operations.