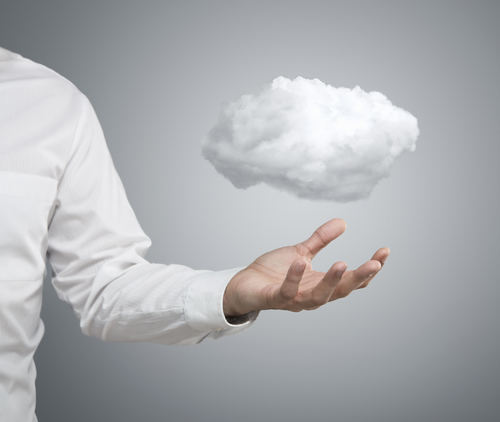 Global buyers of cloud applications cite cost, innovation and agility as reasons for adoption, according to a recent survey by analyst firm Gartner.

In May and June 2014, Gartner conducted a survey across ten countries in four regions to examine organisations' adoption and deployment of cloud services across software-as-a-service (SaaS), infrastructure-as-a-service (IaaS) and platform-as-a-service (PaaS).

40% of survey respondents said that overall cost reduction continues to dominate as the main reason for investment.

However, when the data is organised by role, the cloud adoption survey indicates that ‘cost reduction’ rated highest for the more junior IT roles (IT staff and IT managers).

>See also: How to build the best hybrid cloud for your business

Senior business executives (excluding CIOs) also rated cost reduction as a key benefit, but not at the same rate as the IT staff.

The CIO and IT director roles all rated ‘cloud is a modern approach’, ‘innovation’ and ‘operational agility’ as top drivers. Senior IT leaders also rated ‘business advantage’ significantly higher than junior IT roles.

Gartner concluded that CIOs are focused on using the cloud to establish a modern, innovative IT environment with operational agility and business advantage as key outcomes, whereas business leaders (non-IT) still see the cloud as a means to save costs and may not yet have full appreciation for the business benefits or strategic opportunity of using cloud services.

Regardless of the reason for implementing cloud, Gartner advises that public cloud is not always the most appropriate model for all use cases within companies.

The decision to deploy SaaS-based applications within an organisation depends on the business-criticality of the solution, as well as the organisation's geography, business agility, usage scenario and IT architecture.

Therefore, few organisations will completely migrate to SaaS and will live with a mix of SaaS and traditional on-premises application deployment models, with a focus on integration and migration between different deployment models.

The survey found that security, privacy and fear of government snooping remain leading concerns for respondents (especially outside of the US) that do not consider public cloud-based models.

"Data loss, data breaches, unsecure application programming interfaces and shared technology in a multitenant environment are just a few of the concerns expressed by respondents tackling the option of using public cloud," said Laurie Wurster, research director at Gartner. "In addition, recent concerns of government snooping in the name of anti-terrorism and general privacy issues contribute to the lack of public cloud adoption."

In reaction to these concerns, respondents will push the adoption growth of private cloud (46%) for deployment across all software markets by nearly twice the rate of public cloud (24%) adoption over the next two years, the survey revealed.

The trend indicated by respondents' cloud-adoption behaviour for software deployment suggests the majority of data centres are moving to private cloud deployment for implementation of new software.

The traditional deployment model for on-premises software is expected to significantly shrink from 34% today to 18% by 2017, Gartner said.

Legacy software will remain on-premises in the traditional model until end of life unless updates and upgrades allow for private cloud deployment models.

Despite security and privacy concerns, survey respondents continue to invest in public cloud for SaaS deployment of software applications.

Key drivers for SaaS include the fact that ‘hands-off IT’ enables redirection of limited in-house staff to other responsibilities since the SaaS provider is responsible for ongoing support.

Rapid deployment and faster access to innovation are also important since SaaS vendors are able to roll out applications when you are ready and lower upfront costs with a pay-as-you-go pricing model.

“Although fewer respondents indicated investment in public cloud for PaaS, business-process-as-a-service (BPaaS) and IaaS, the results are still significant in response to these emerging technologies,” said Fabrizio Biscotti, research director at Gartner. “Cloud-hosted applications continue to grow as alternatives to internally managed systems; they will generate increasing demand for SaaS extension and integration — both functions of PaaS offerings.

“Although SaaS and IaaS are fairly consolidated, PaaS is still open for expansion, with both SaaS and IaaS providers looking at PaaS as a natural extension for growth. Of all the cloud technological aspects for which respondents indicated investments, BPaaS, IaaS and SaaS are the most mature and established from a cloud landscape perspective, while PaaS is the least evolved.”

The countries included within the 2014 survey were the US, Brazil, Mexico, the UK, Germany, France, China, India, South Korea and Australia.