Skip to content
Home » Topics » Business & Strategy » Salesforce.com works with Information Age to drive greater excitement and interest for women leading in the IT industry

Salesforce.com works with Information Age to drive greater excitement and interest for women leading in the IT industry 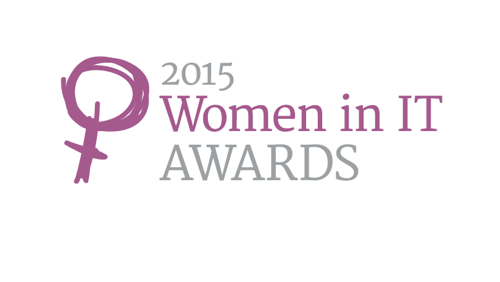 Salesforce.com today announced it is sponsoring the inaugural Women in IT Awards 2015, helping drive interest for women of all ages to choose careers in STEM (science, technology, engineering and maths).

The world’s leading CRM company is the headline sponsor of the event, organised by IT publication Information Age, which will gather the industry to recognise the achievements of female IT executives in the UK and Ireland.

Nominations have now closed for the Awards, which will be presented at an evening gala at London’s Grosvenor House on 29 January 2015.

“We are delighted to partner with the Women in IT Awards,” said Eileen O'Mara, Senior Area Vice President EMEA, Salesforce.com. “We believe that more women in IT will offer businesses greater opportunities for growth, innovation and success.”

According to recent study from employer body e-Skills UK, which is supporting the event, less than 17% of the IT industry is made up of women and the gender gap is worsening.

>See also: The women in IT issue is not going away, says Salesforce

One report found that tech companies with women on management teams have a 34% higher return on investment (Little Miss Geek), while another predicted that increasing the number of women working in IT could generate an extra £2.6 billion a year for the UK economy (Nominet).

“The response we have received to this event has been phenomenal,” said Ben Rossi, editor of Information Age. “Clearly this is a topic as close to many other people’s hearts as it is to ours. The backing of an industry powerhouse like Salesforce.com is testament to that.”

Through a series of end-user, vendor and special recognition awards, the black-tie ceremony will highlight the tremendous value that women can bring to and gain from IT roles, and the satisfaction that such a career can give them.

The UK’s biggest professional bodies for the IT industry are also supporting the event: BCS – The Chartered Institute for IT and trade association techUK.

“The Women in IT Awards will help women everywhere understand the excitement and innovation that comes with working in IT, and with the whole industry watching,” Rossi added. “An event like this has been a long-time coming, and we're delighted to be the ones bringing it to life."

The Women in IT Awards will take place at The Ballroom, Grosvenor House (Park Lane, London) on 29 January 2015. For more information or to book, contact Rebecca Stanley on +44 (0) 20 7250 7050 or rebecca.stanley@vitessemedia.co.uk.