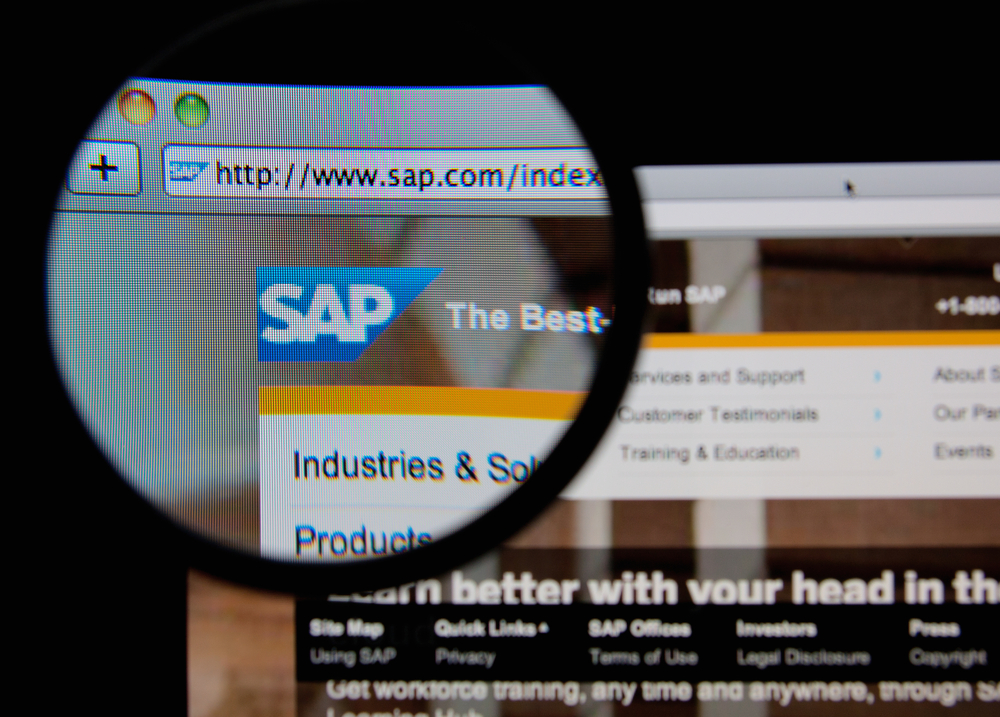 SAP’s latest mid-market business product has been a labour of love. For the past four years, 1,000 developers have been working on it; and so pioneering is its structure, say the creators, that new development techniques had to be invented as they went along.

That long gestation had Henning Kagermann, CEO of the German applications giant, searching for a way to express the historical significance of the product’s debut in September. This, he said, was “the most important announcement I have made in my career.”

However, the significance of SAP Business ByDesign goes way beyond just Kagermann’s career. When it eventually becomes available in the first quarter of 2008, the new on-demand applications service will see SAP embrace a whole new model for the delivery of software.

A long-time adherent of the ‘big ticket’, pay-upfront packaged software model, SAP is now going to be offering customers (of a certain profile, at least) the opportunity to have their software functionality delivered over the web at a cost of $149 per user, per month.

Having watched companies such as Salesforce and NetSuite gain considerable traction through that model, SAP now feels it can mount a challenge. Its rationale: there are, by its own estimates, 1.2 million companies worldwide that need integrated business applications but lack the capital to purchase such suites outright. So, by offering software-as-a-service for major business applications, SAP thinks it can access a largely untapped segment of a potential customer base worth $15 billion.

Of course, the company already has products for the small business (Business One) and the mid-sized organisation (Business All-in-One). But Business ByDesign, says SAP, is pitched at companies with between 100 and 500 employees. They are too big for Business One, but too small to need the deep vertical tailoring and the subsequent licence fees associated with Business All-in-One.

By its own admission, when SAP took the decision to plug this gap in the market four years ago, it was not entirely clear what kind of product was required. “In the first year, this product was really a concept car,” explains SAP executive Peter Zencke, who supervised its development.

The over-riding principle that steered the development of the concept, says Zencke, was keeping the cost of ownership as low as possible. “This was not a matter of building it first and later thinking about how to keep the cost down,” he explains.

It was that kind of thinking that naturally steered SAP down the path of on-demand delivery for Business ByDesign. The project coincided with the development of SAP’s NetWeaver service platform, and so Zencke’s team went about developing what he describes as the first business-ready application to have been built around service-oriented architecture (SOA) from the ground up. “No one has done this before,” he claims.

The product, then known by its codename A1S, was built using model-based development techniques. These establish theoretical models of how systems should operate, such as the shape of a business process, for example, around which code is subsequently constructed.

“The modelling tools did not even exist at the beginning,” says Zencke. “We had to work out how to design a development organisation to work with models and what kind of governance structures were needed.”

These models provided a structural framework that allowed SAP to reject the traditional silo structure of applications. “This is no longer an enterprise resource planning system or a customer relationship management (CRM) or a supply chain management system,” says Zencke. “Instead, we look at business processes, and address the needs of the entire business.”

Business ByDesign has been constructed around models of business processes, such as ‘opportunity to cash’, that cross departmental lines – lines that have typically defined categories of application. And the dissolution of stereotyped business silos is particularly apt in small to medium-sized organisations, where job roles are inevitably more blurred.

Having a CRM system, for example, that is not natively integrated with the financial systems is only so much of a problem when the sales and finance departments number many thousands of employees whose roles do not overlap. In a smaller company, where the breadth of work required of each individual is wider, seamless integration is arguably more valuable.

So Business ByDesign – built from scratch on the principles of service-orientation – at least promises to offer the benefits of SOA to those that need them most. But will it succeed in delivering those?

SOA for the people

Even though it is not yet available, Business ByDesign puts SAP ahead of its traditional competitors in the maturity of its software-as-a-service offering.

Oracle likes to boast of its lengthy SaaS pedigree, but Oracle OnDemand is really a range of hosted, single-tenant instances of its diverse application portfolio. Essentially, it acts as an application service provider – a model that has been largely disregarded for failing to pass on cost savings to its users.

One of the drawbacks of the intense acquisition activity, on which Oracle has built much of its application portfolio, is that it makes it difficult to offer a seamless application suite on a single platform.

A similar problem is troubling Microsoft, which feels the SME market is its natural territory. That company’s Dynamics range of applications is also something of a mélange, taking in acquired applications such as Great Plains and Navision. And although Microsoft has said that the whole range will one day be available on a ‘software plus services’ basis, only Microsoft CRM Live is available as a service today.

If SAP is right in its supposition that the mid-market longs for an on-demand, blended application suite, its reliance on homegrown development has left it in a stronger position to fill that gap than many of its competitors.

The release of Business ByDesign, however, puts SAP up against a new breed of competitor. And, at least on the face of it, several of those rivals already offer what it has yet to deliver. One such example is NetSuite, an on-demand accounting and ERP software provider, whose financial backers include Oracle CEO Larry Ellison.

NetSuite CEO Zach Nelson is unsurprisingly unimpressed by Business ByDesign. He argues that the constraints on customisability within the product will limit its adoption.

Ironically, this was an argument that ‘on-premise’ application providers used to levy against the SaaS pioneers, including NetSuite. Now the tables have turned: those former sceptics have embraced the SaaS concepts, while the SaaS pioneers have invested in making their platforms more customisable.

SAP insists vanilla implementation of its multi-tenant software is the key to keeping costs – and implementation times – down. It has used its vast experience in modelling business processes, says Ferri Abolhassan, the SAP executive who will supervise its sales in Europe. “We have a big competitive advantage from already knowing how business processes run.”

And although it has not yet formally committed to doing so, SAP is in a position to offer its Business ByDesign customers business process management (BPM) functionality – something that most SaaS providers have struggled to achieve. Its next high-priority project, codenamed Galaxy, is a new BPM platform that will integrate with NetWeaver, and therefore Business ByDesign.

In terms of its market position and technological prowess, SAP is as well-placed as any of the software industry’s larger players to make a convincing foray into SaaS. Whether the product itself will impress is harder to gauge. SAP has only revealed a handful of Business ByDesign screenshots so far, and those insiders who have seen it in action are honouring non-disclosure agreements.

>But even now, one thing is certain. No longer can the giants of enterprise IT dismiss SaaS as a niche delivery model. For many of them, it may represent the primary avenue for future growth.