Scaling for web: enterprise web-scale IT 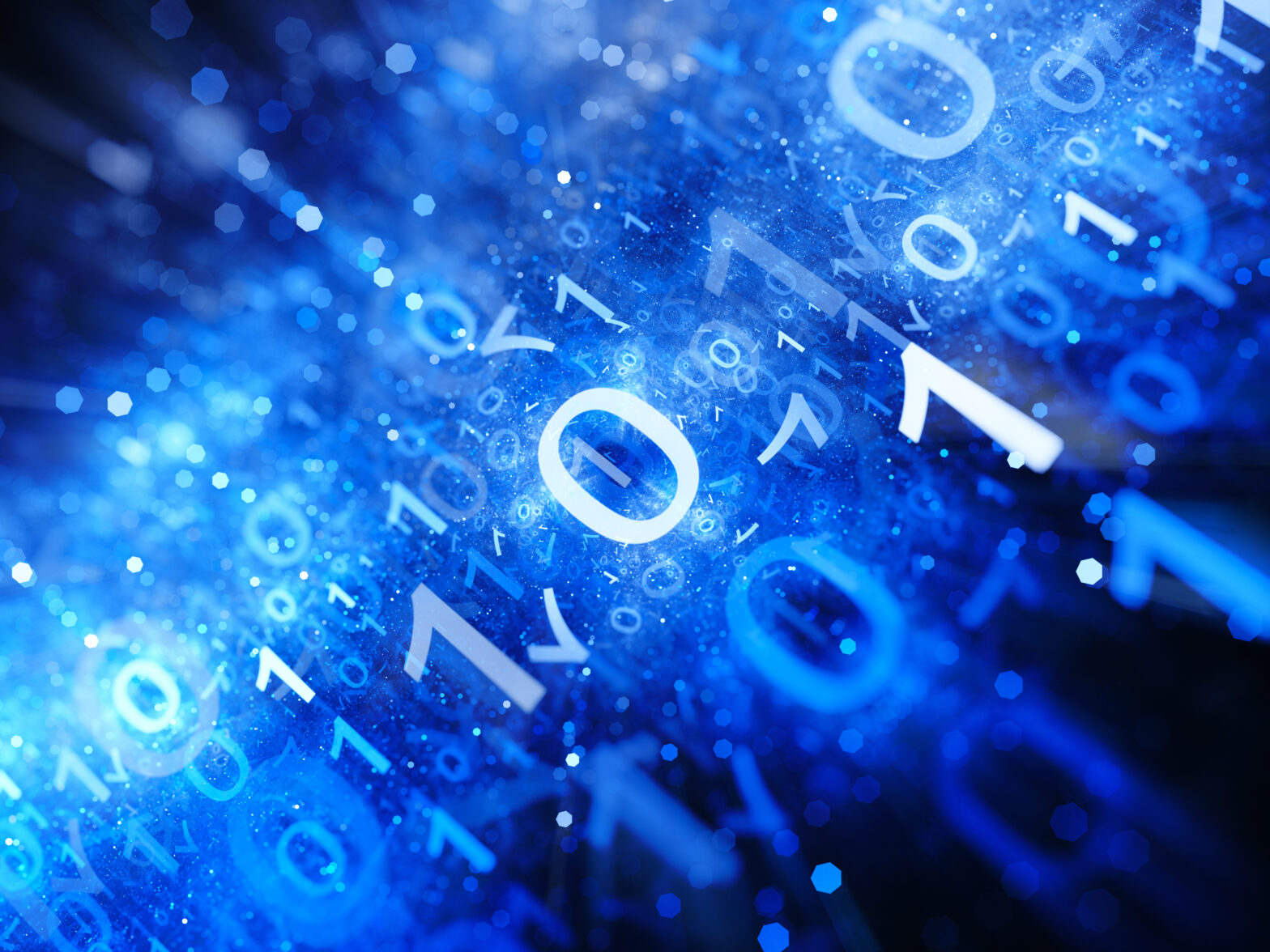 Gartner introduced the term web-scale IT in 2013. A year later, it predicted that by 2017 web-scale IT would
be an architectural approach found operating in up to 50% of global enterprises.

Large cloud service providers like Amazon, Google and Facebook have changed how IT services can be
delivered.

Adopting this dynamic architectural approach in enterprise is what is web-scale IT in action: achieving the same incredible levels of agility and scalability found in cloud providers.

Web-scale IT represents the route to a more flexible, agile and efficient operation that defines the large cloud service providers such as Amazon Web Services (AWS), Google, and Microsoft’s Azure.

Web-scale IT reduces the time it takes IT departments to respond to business needs, and in this sense it is
desirable.

Efficiency and proficiency are what enterprises strive for and is why more of them are looking to incorporate the strategy into their business operations.

But first it is important to understand exactly what constitutes web-scale IT, what the challenges are in implementing it and what the cultural and technological shifts are that have to be adopted.

So what exactly is web-scale IT? There has been some confusion since the term was coined a few years ago.

>See also: Why businesses must now fail fast to innovate

Patrick Hubbard, technical product marketing director at SolarWinds, says, ‘Some advocates have suggested that hyper-converged systems are the same as web-scale IT, but that is not correct.’

Instead, suggests Hubbard, web-scale IT provides consistent service interfaces in a highly heterogeneous infrastructure, with many specialised components and software. ‘In contrast, hyper-converged infrastructure is
based on extreme homogeneity, providing a modular scale-out but based on the familiar storage, virtualisation and compute management they already know.’

Effectively, web-scale IT is the process that describes an enterprise’s attempts to build its own data centre, like AWS or Azure, but on a significantly smaller scale.

Despite the smaller scale of the enterprise data centre, it still ‘requires the same expertise, investment and hardware’ of a bigger data centre, reinforces Hubbard. ‘It is not for the faint-hearted; nor is it as simple as moving to [open source cloud platform] OpenStack.’

The benefits of integrating web-scale IT into enterprise operations and applications are vast: uplifting revenue, reducing cost, improving IT control and mitigating risk.

These buzzwords, however, are just that – buzzwords. To appreciate the transformation that will follow a web-scale IT strategy it is necessary to have a case study to relate to.

Macquarie Bank is a good example of a business adopting such a strategy. It is an Australian bank that
used the example of apps like Uber as a method of rating competition, rather than other banking apps.

The bank uses DataStax Enterprise (DSE) ,to power things such as search and machine learning, so that customers
can search for things like ‘how much did I spend in McDonald’s last month’ and get a result.

‘What entices customers to spend time on Spotify rather than on their banking app?’ asks Luis Uguina, chief digital officer for Macquarie’s Banking and Financial Services Group. ‘What can we do to make the service so useful it will stay on their home screen? We looked at the technology used by leading digital companies such as Netflix and saw an opportunity to bring that level of personalised and intuitive customer experience to banking.’

>See also: IoT adoption is driving the use of platform as a service, says Gartner

The advantage of using web-scale IT is that it allows an enterprise to introduce more succinct and ,innovative technologies in order to create a more personalised service.

In the case of Macquarie Bank, the integrated technologies, like machine learning, allowed it to focus on delivering a heightened experience to its customers, while adding value.

A good example of this is the soon-to-be-introduced graph technology on DSE, which will enhance the multi-model capability of the platform. This will allow the bank to offer more sophisticated personalised recommendations, advice and experience faster and more efficiently than was possible before.

‘It’s not so much that customers are simply trying to replicate Facebook and Google, server by server. It’s more that they can see the direction that hardware is heading and, as software takes over storage and network, they realise that they can do more with fewer resources.’

The desire to introduce web-scale IT, restructuring a business’s IT foundation, is reflected by the array of business benefits it brings to enterprise operations. So how does an organisation go about instigating this widespread transformation?

Hardware is key. ‘In previous years, organisations had a fairly limited number of vendors from which to source their hardware, whether the need was for servers, storage devices or network equipment,’ said Cameron
Haight, research vice president at Gartner back in 2014.

Now the large cloud service providers have tipped that on its head. ‘Data centre design goes beyond redesigning facilities to be more energy efficient to also include in-house design of key hardware components such as servers, storage and networks’, comments Haight.

‘Web-oriented architectures allow developers to build very flexible and resilient systems that recover from failure more quickly.’ While not on as large a scale, global enterprises require these similarly capable structures.

This is the transformation stage, where enterprises move to a platform where ‘the internet is the transport of choice, improving overall availability, access, performance and end-user experience’, remarks Andy Kennedy, senior engineering manager at Zscaler.

Initially, it is important to have a clear vision of how applying web-scale IT will impact a business’s objectives.

It is important that everyone has a clear idea of the desired outcomes. Clarity is essential because it can be a long, arduous road.

Building your own infrastructure is costly, so it is essential that going down the path to web-scale IT is the right choice for a business considering its goals and capabilities.

Indeed, it is important to know your limits. For example, when considering an average mid-sized enterprise with, say, 2,000 employees and 400 servers, the cost of web-scale IT infrastructure just doesn’t make sense, suggests Jeremy Humphrey, technology practice director at Roc Technologies.

Reviewing existing infrastructure is crucial. Once the strategy is decided, however, it’s fairly easy to implement, according to Jason Dance, managing director of BigTec. When the ,architecture is in place it is ‘extremely robust and has no single point of failure’, he says.

However, there are some challenges – both ethical and practical – that surround delivering web-scale IT.

Web-scale IT replaces the more mundane jobs performed by the IT department. Storage managers within these departments could be at risk because they are no longer needed to deal with complications surrounding the hardware as the virtualisation layer is often abstracted from the underlying hardware.

Equally, network congestion can occur, according to Kennedy, with users from different offices around the
world facing slow connectivity when trying to access office applications that rest within the cloud.

While there are challenges in delivering web-scale IT, it is evident that in reality the strategy’s significant benefits outweigh them.

As mentioned, the real hindrance to adoption comes from the high in-house costs – it must be worth it.

The leap of faith

Moving forward into 2017, there is likely to be a surge in enterprise adoption of web-scale IT. This is because the maturity of the hyper-converged, legacy infrastructure is increasing and, in turn, the
price point of implementing web-scale IT will go down.

It will become ‘somewhat mainstream’, suggests Humphrey. While mid-size enterprises probably won’t envisage an immediate future involving web-scale IT, the agility, reliability and cost savings that this strategy offers make it a desirable option for those looking to expand their offerings.