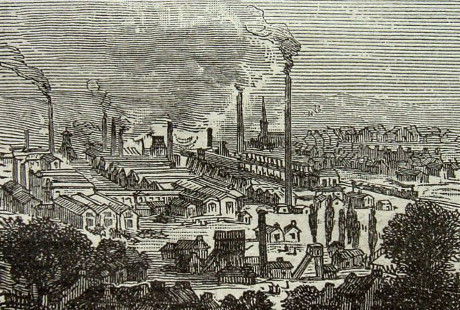 Throughout its 170-year history, global energy management company Schneider Electric has been at the forefront of emerging technologies. With its roots in France during the first throes of the industrial revolution, it expanded from construction, machinery and ship building into the burgeoning electricity market in 1891. It has weathered depressions, strikes, revolutions and world wars, as well as launching itself full steam into nearly every major industrial technology of the past two centuries, including railway, steel, cement, nuclear power, robotics and semiconductors.

Today it is one of the world’s largest manufacturers of equipment for electrical distribution, industrial control, automation and energy management, working across over a hundred countries and employing more than 150,000 people worldwide.

With such a large workforce in an extensive number of markets, the company’s IT management has faced significant challenges around information sharing and collaboration.

'The main issue we had with document sharing within the company was that everyone was using different tools and subscribing to various web services as individuals, and we had no central admin capability,' says Hervé Coureil, Schneider Electric CIO. 'We were using bits of Lotus Notes and bits of Sharepoint, but wanted unified tools to securely manage information.'

Schneider Electric introduced an optional BYOD policy a year ago that allows both corporate and person devices. This made it even more of a challenge allowing workers access to corporate information from site visits or while out and about.

They were attracted to Box because it appeared to balance the usability and clean interface of consumer cloud platforms with centralised administrative and security management, as well as functionality across mobile devices. The team began a pilot programme in February, initially rolling out the platform to 2,000 of the company’s IT workers across 57 countries.

The original userbase quickly grew to 10,000 across all departments in the first few months, then 20,000 as employees were allowed to invite their coworkers without restriction and able to train each other virally due to its intuitive interface. The tools were then adapted on an individual basis for a multitude of horizontal use cases from legal to manufacturing.

'We didn’t impose a specific way of using it, and that allows people to experiment,' says Coureil. 'In IT we use it on a daily basis for running large RFPs and communications with vendors with the aid of huge video and presentation files. We can track versions and it simplifies things immensely. The executive team uses it as a file repository and for keeping minutes of meetings, and sales people can access their presentations or rehearse speeches in the cab on the way to meet clients.'

At present there are roughly 50,000 people using Box within all departments and market sectors of Schneider Electric— one of the largest implementations of the Box platform to date. As well as efficiently sharing content with customers, partners and suppliers, Schneider Electric has been able to overcome difficulties with internal communications.

'Now we can have secure repositories for things like our CEO’s monthly webcast to employees, and we can really send our messages across globally,' says Coureil. 'Plus we have integrated Box seamlessly with our internal social network, which is run on Tibbr. So it has helped us create a sense of community.'

Since Box’s partnership with enterprise social networking platform Tibbr, announced last October, users of the Tibbr social network can access and share Box content and exchange Tibbr comments through the same interface. Through this, the IT department at Schneider Electric have been able to field feedback from employees on different aspects of Box. When a new feature is introduced, employees are asked to fill in a satisfaction survey through the platform.

'The way we have measured the ultimate results of using Box has been primarily through employee feedback,' says Coureil. 'Users are overwhelmingly telling us that it is making them more productive.'

One limitation pointed out by employees, says Coureil, has been the lack of a document creation and editing feature within the platform itself. But Box is addressing this with the launch of BoxNotes, its answer to Google Docs, announced in September. With this, users will be able to edit documents, create annotations and view editions and notes by other users in real time. The functionality is currently in beta release.